Prime Minister Naftali Bennett and Foreign Minister Yair Lapid succeeded in approving the state budget and must now turn to a series of other challenges inside Israel and abroad. 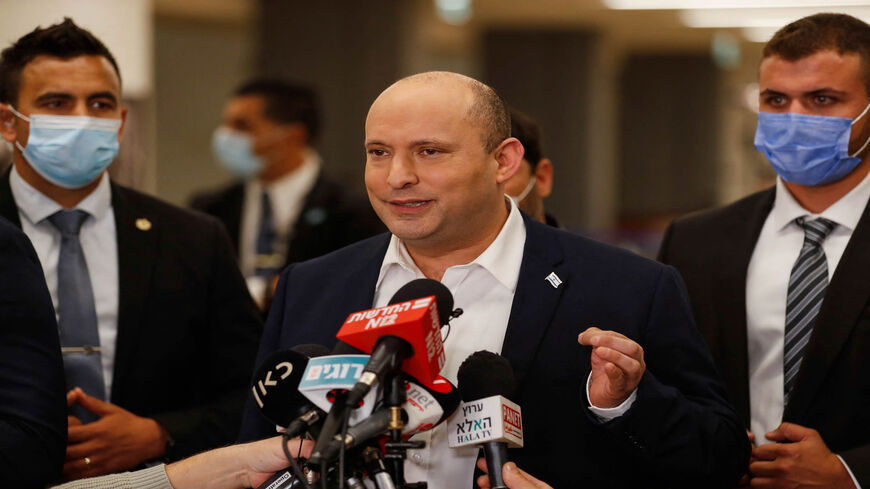 Prime Minister Naftali Bennett and his multiparty coalition have overcome the most significant obstacle to their political survival with this week’s 48-hour Knesset voting marathon approving the state’s 2021-22 budget. Bennett can chalk up a major victory, but the real winner is his Alternate Prime Minister and Foreign Minister Yair Lapid. Passage of the budget despite the opposition’s best efforts to scuttle it ensures with almost complete political and legal certainty that Israel’s prime minister a year and 10 months from now, at the latest, will be Lapid.

The coalition agreement of last June between Bennett and Lapid states that Lapid will take over the premiership seat after two years of Bennett sitting in this chair. Under an amendment to the quasi-constitutional Basic Law, the government, instigated last year, even if the government is brought down for some reason before Bennett and Lapid implement their agreed half-term job switch, Lapid would automatically become prime minister and head a transitional government until a new government is formed. To sum up, this week marked the completion of Bennett’s mission, augured the realization of Lapid’s dream and drew former Prime Minister Benjamin Netanyahu closer to the end of his political road.

Despite the background noise, glitches, record low popularity and very modest polling results — giving his Yamina party barely six seats in the 120-member Knesset — Bennett has achieved almost everything he set out to do when he assumed power in mid-June. He has restored Israel's warm relationship with Jordan, enhanced its alliance with Egypt, bolstered the Abraham Accords, created a rapport with US President Joe Biden and held a series of meetings on the sidelines of the Glasgow climate summit with world leaders, including Indian Premier Narendra Modi, British Prime Minister Boris Johnson, French President Emmanuel Macron.

Within barely five months, Bennett has somehow brought about relative calm on the Gaza border, pioneered a world-first vaccine booster campaign that quelled the deadly coronavirus Delta variant without imposing major restrictions and successfully skipped over the many landmines planted by his predecessor. The highlight was a lengthy five-hour meeting Oct. 22 with Russian President Vladimir Putin, long considered one of Netanyahu’s biggest foreign policy assets. When the gavel sounded at the Knesset in the early morning hours of Nov. 5, ending the exhausting budget voting spree, Bennett breathed a huge sigh of relief.

However, as is generally the case in Israel, celebrations will be brief. Next week, Bennett begins the rest of his short term fully aware that he cannot take his eye off the ball for even a minute. Israeli law makes it almost impossible to unseat a government, barring failure to approve the state budget. The opposition would need to mobilize 61 lawmakers to mount a successful challenge to the government in what is known as a “constructive vote of no-confidence” — and at the same time present an alternative government and prime minister. Such a scenario is highly unlikely right now from Netanyahu’s perspective. He is missing at least eight “yay” votes, six of them from the opposition Arab Joint List, which would never willingly do anything to bring him back to power.

And yet, Netanyahu remains a dangerous rival, and his ongoing criminal trial for bribery that could send him to jail makes him particularly dangerous. In 2006, after leading his Likud party to its worst ever election results (12 Knesset seats), opposition chair Netanyahu was a political wreck. He toyed with the idea of quitting politics and was puzzled by his low ratings while Ehud Olmert was warming “his” seat in the prime minister’s office. In July of that year, Netanyahu suddenly went from being a “has been” to the status of Israel’s “next prime minister” with the breakout of the Second Lebanon War that turned Olmert into a lame duck within three weeks of deadly fighting, and Netanyahu into the country’s savior.

Bennett is well aware of those vicissitudes of history. His desk is covered with ticking time bombs. The most urgent is the Gaza Strip. The calm on the border is illusory. Nothing is ever calm in Gaza. The munificence that Israel has been showering on Hamas in recent months — including 10,000 daily permits for Gaza residents to work in Israel — has yielded temporary relief, but almost all the points of friction between the sides remain in place and have even intensified. Breakout of hostilities with Gaza is perhaps the one development that could spell the coalition’s self-destruction, prompting a walkout by the Islamist Ra’am party’s four Knesset members and depriving the Bennett government of its slim Knesset majority. Everyone knows it — Hamas’ Gaza leader Yahya Sinwar, Ra’am Chair Mansour Abbas, Bennett, Lapid and Defense Minister Benny Gantz.

Iran is another noisy time bomb, in this case a nuclear-powered one. Bennett faces a dilemma. He made a wise strategic decision to avoid a head-on collision with the Biden Administration over efforts to bring Iran back to the negotiating table. While Israel’s views on a return to the 2015 agreement (against it) are well known, its alternatives are more limited than ever, mostly because Netanyahu’s strategy has come to such a resounding collapse.

Although Netanyahu bears more responsibility than almost anyone else for the current state of affairs with Iran, he has also identified the issue as a weak point placing Bennett and Lapid in the unenviable position of having to juggle attempts to scuttle a return to the nuclear deal but avoid testing the Biden administration’s patience with Israel. Meanwhile, Israel is investing heavily in restoring its military option against Iran’s nuclear program, well aware that it is the only actor willing to place a viable realistic military alternative on the table vis-a-vis Iran.

The Palestinian issue is another potential obstacle, which has been relegated to the margins of the public agenda but continues to generate strong emotions, especially at the two ideological poles of the coalition — the right, as embodied by Interior Minister Ayelet Shaked, Justice Minister Gideon Saar and Housing Minister Ze’ev Elkin, and the left led by Health Minister Nitzan Horowitz (Meretz) and Transportation Minister Merav Michaeli (Labor). Bennett knows he cannot continue approving the construction of thousands of housing units in the territories, especially in isolated settlements as he did last month, without risking a deep political crisis. Every passing day weakens the fragile links holding together his disparate coalition and risks sending its members to seek solace in the embrace of their political base. Bennett, followed by Lapid, will have to demonstrate superb juggling skills to survive.

Nonetheless, despite the many potential crises endangering this coalition, only one strategic disaster could inflict a knockout blow — a decision by Netanyahu to quit politics. Netanyahu is the magnet holding the coalition components in place, the engine enabling this unwieldy entity to keep moving forward. If he vanishes, he takes with him the glue binding the government’s eight parties. While quite a few of the coalition’s components, especially Saar and Finance Minister Avigdor Liberman want to complete the task of removing Netanyahu from political life forever, in their heart of hearts many members of the coalition are hoping he will hang around — forever.