The Sudanese military has arrested civilians in the transitional government and seized power. 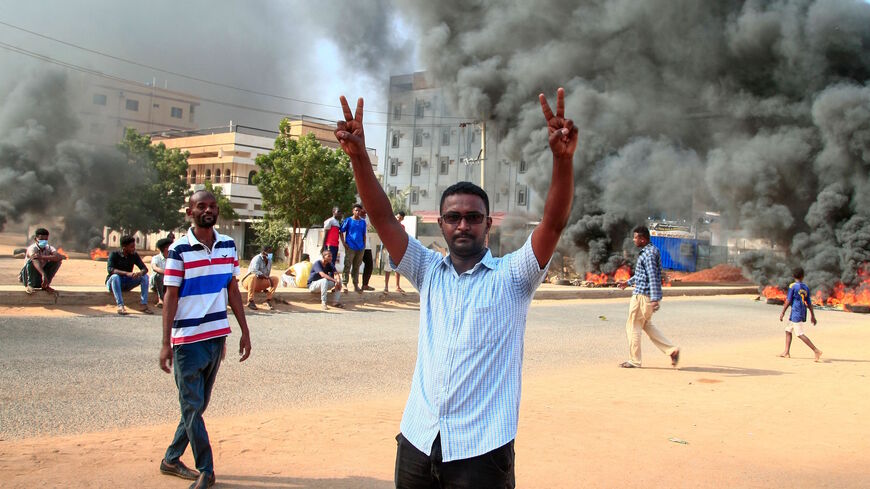 A Sudanese demonstrator flashes the victory sign during a demonstration in the capital Khartoum on Oct. 25, 2021, to denounce overnight detentions by the army of members of Sudan's government. - AFP via Getty Images

Turkey and Qatar both called for de-escalation in Sudan Monday following a coup in the African country.

The Turkish Foreign Ministry said in a press release, “We are deeply concerned with the news regarding the coup attempt in the Sudan,” and called on Sudanese leaders to respect the country’s transition to democracy.

“We underscore our strong expectation that all sides in the Sudan adhere to the commitments within the framework of the Constitutional Declaration and refrain from disrupting the transition process,” read the statement.

The Qatari Foreign Ministry issued a similar statement, calling for peace in the country. It read, “The State of Qatar affirmed that it is following current developments in Sudan with concern, calling on all parties not to escalate, contain the situation, allow for the voice of reason to prevail, and work in the interests of the brotherly Sudanese people to achieve stability, justice, and peace.”

Qatar added that it wants to see the “political process get back on track, in order to achieve the aspirations of the Sudanese people.”

The Sudanese military seized power Monday after arresting senior leaders of Sudan’s transitional government, including Prime Minister Abdalla Hamdok. The military then dissolved the government. Protesters swarmed the streets of the capital Khartoum Monday demanding a return to civilian rule. There were massive internet disruptions in the country amid the coup, according to the internet watchdog NetBlocks. The coup took place just two days after the US envoy for the Horn of Africa Jeffrey Feltman met with Hamdok.

Sudan has a history of coups. Longtime ruler Omar al-Bashir was deposed in a coup in 2019 after large protests. Bashir himself took power in a 1989 coup. After Bashir was deposed, a transitional military-civilian government took office. Sudanese authorities agreed to hand Bashir over to the International Criminal Court in August.

Arabic is spoken throughout Sudan and the country has many connections to the Middle East. Perhaps most notably, Sudan is aligned with Egypt against Ethiopia’s megadam on the Nile River. The Egyptian government did not immediately comment on the coup Monday.