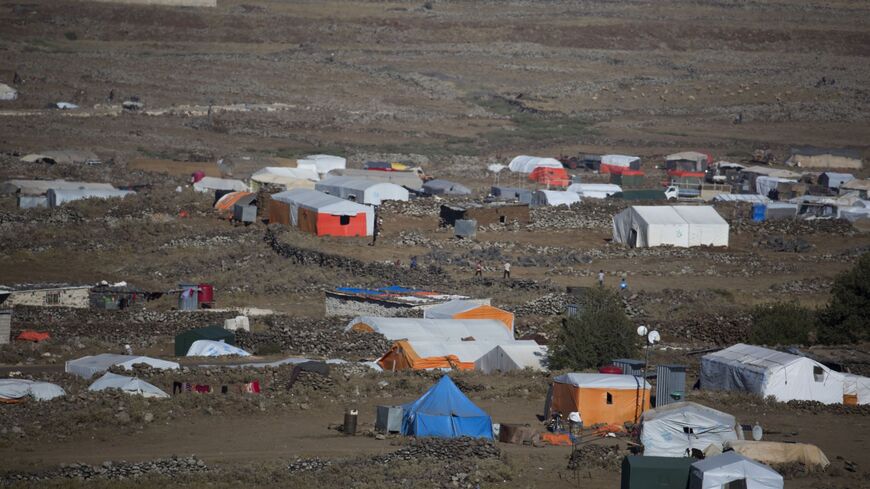 Syrian families' tents are seen near the Syrian village of Burayqah in the southern province of Daraa on July 1, 2018. - Lior Mizrahi/Getty Images

The Syrian government reported today that reconciliation deals in the Daraa countryside have finished. The government also opened a center at a police station within the city of Daraa for any remaining individuals who want to “settle their statuses” with the authorities, the official news outlet SANA reported.

The city of Daraa in southern Syria was the birthplace of the Syrian revolution in 2011. Protests subsequently spread throughout the country, and the civil war began after the violent government crackdown. Government forces defeated rebel groups and took control of Daraa and surrounding areas in 2018. However, in 2020, an insurgency occurred in the region.

Fighting intensified in Deraa and its countryside this past summer, and the government imposed a harsh siege over the area. Russia brokered a cease-fire in late August.

The agreement mandated that rebel forces turn in their weapons. It further allowed for reconciliation deals between individuals wanted by the state, including Syrian military deserters.

Some rebel fighters and men who did not complete their mandatory military service are wanted by the state. Several fighters and military deserters went to the police station in Daraa today to settle their status, according to SANA.

Not everything is calm in Daraa, despite the deal. A civilian was allegedly tortured to death by the military in the countryside last week. Unidentified assailants also shot dead a government soldier last week, according to the pro-opposition Syrian Observatory for Human Rights.