The Syrian government and rebel groups recently reached a cease-fire deal in the southern city that played a large role in the 2011 uprising. 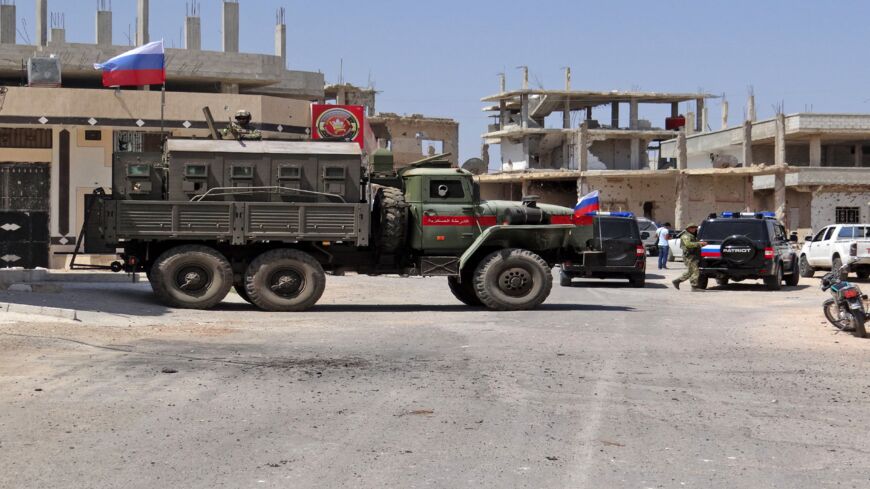 A picture shows Russian troops in the Syrian district of Daraa al-Balad in Syria's southern province of Daraa, on Sept. 1, 2021. - AM HARIRI/AFP via Getty Images

Syrian government forces entered Daraa al-Balad on Wednesday as per an agreement with rebel groups in the southern Syrian city. Though there is a cease-fire, one opposition group recently alleged mistreatment at the hands of the government.

Syrian Arab Army units went into Daraa al-Balad to set up checkpoints and begin searching for weapons used by “terrorists,” the official SANA news outlet reported. The handover of weapons, as well as the “settling the status” of rebel fighters, began on Monday, according to the outlet.

Government and rebel forces reached an agreement on Monday in the neighborhood in the eponymous southern city of Daraa. The deal stipulated an end to the government siege on the area, deployment of government checkpoints under Russian supervision, reconciliation deals with Syrian army deserters and other wanted individuals, turning over weapons, and the evacuation of people refusing the agreement to rebel-held northern Syria, according to the pro-opposition Syrian Observatory for Human Rights.

The agreement followed a late August cease-fire between the two warring parties, though the government subsequently pushed for more concessions.

Protests in Daraa helped spark the Syrian revolution in 2011 against President Bashar al-Assad. The government recaptured the area in 2018, and reconciliation with some rebel fighters subsequently occurred. Rebel forces continued an insurgency against the government in the area, however.

Fighting was particularly intense this summer ahead of the cease-fire. The United Nations also said the government siege created food, fuel and medicine shortages.

Not everyone is happy with the peace deal. Earlier this month, the pro-opposition Syrian Network for Human Rights said that during the talks, the government demanded restrictions on protests and residents’ movements and the right to search all homes in Daraa al-Balad and other besieged areas.