Turkey's latest strike comes on the four-year anniversary of the Kurdish fighters' capture of Raqqa from the Islamic State. 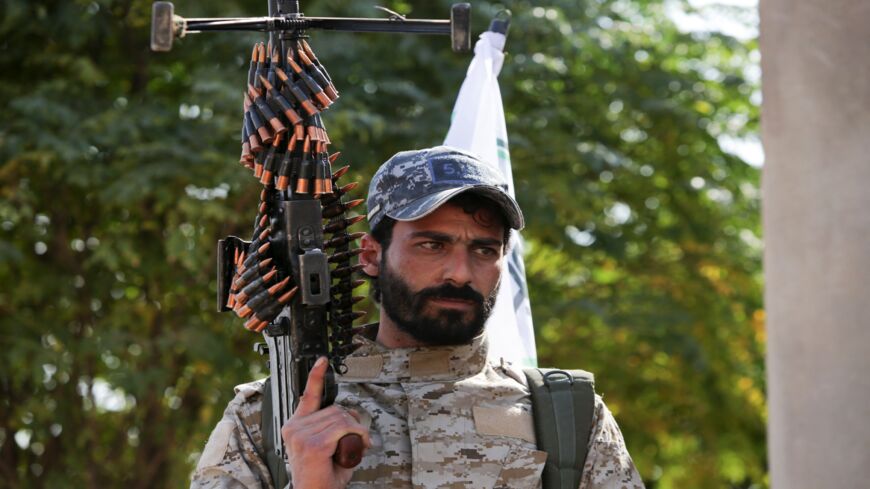 A Syrian fighter with Turkey-backed forces is pictured on a road between the northern Syrian towns of Tell Abyad and Kobani on October 22, 2019, hours before a deadline for the withdrawal of Kurdish fighters from parts of Syria under a US-brokered deal. - BAKR ALKASEM/AFP via Getty Images

A drone strike believed to have been launched by Turkey struck a vehicle in the Kurdish-controlled town of Kobani in northeast Syria on Wednesday, according to local reports.

The strike came on the four-year anniversary of the Kurdish-led fighters’ liberation of the Syrian city of Raqqa from the Islamic State (IS), which the jihadist group ruled as the capital of its proto-state.

Turkey considers the Kurdish-led fighters, known in Syria as the People’s Protection Units (YPG), to be terrorists inextricably linked from the Kurdistan Workers Party, or PKK, which has waged an insurgency against the Turkish state since the 1980s in a bid for Kurdish autonomy.

With US and international military support, the YPG and allied local militias captured swaths of northeast Syria from IS in a blistering ground war between 2015-2019.

The Kurdish-led alliance remains in control of much of Syria’s northeast with US support. Their political wing has declared the region an autonomous part of Syria, imposing a unique form of governance rooted in what it calls democratic confederalism.

Critics say authority in the Kurdish-led administration is highly centralized and that the war-weary region is democratic in name only.

Wednesday’s strike is the latest in a series of targeted killings in northeast Syria apparently launched by Turkey despite a 2019 cease-fire negotiated by the United States.

Last year, three Kurdish women were killed near Kobani in a similar strike after US forces vacated the area ahead of a brutal ground assault by Turkey and its Syrian proxy militias against the YPG.

The city has symbolic importance for Syria’s Kurds, as it remained the final stronghold in the majority-Kurdish region free from IS control when the US administration of President Barack Obama decided to provide pivotal air support to the fighters in 2014.

Two prior Turkish incursions into majority-Kurdish areas of Syria, one in 2018 and the other in 2019, led to mass civilian displacement and accusations of war crimes on the international stage. Each time, the United States declined to use military force to resist its NATO ally’s attacks.