The United States is coordinating with Gulf states on messaging in hopes of avoiding bloodshed in Sudan. 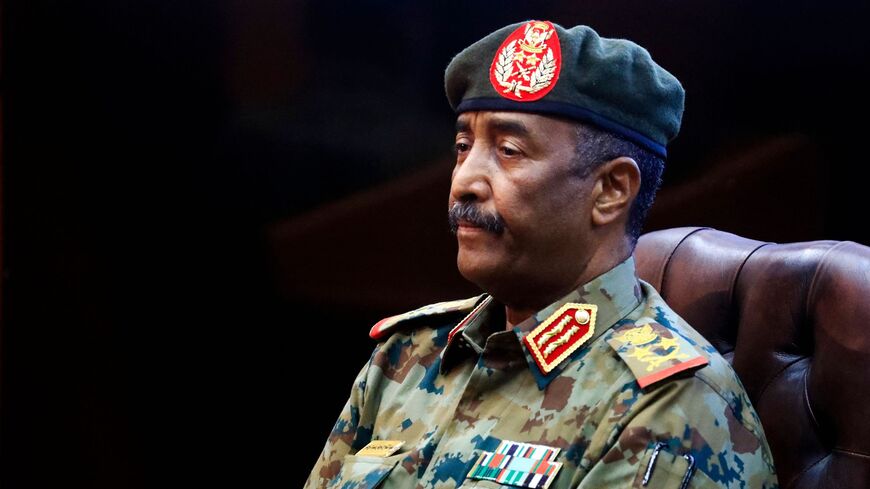 Sudanese Gen. Abdel Fattah al-Burhan holds a press conference at the General Command of the Armed Forces in Khartoum on Oct. 26, 2021. - ASHRAF SHAZLY/AFP via Getty Images

Sudan’s ambassador to the United States said in a statement today that he and other Sudanese envoys abroad would “resist” a military coup that deposed his country’s civilian-led transitional government on Monday.

Nureldin Satti, who is based in Washington, condemned the military’s takeover led by Lt. Gen. Abdel Fatah al-Burhan.

“I am happy to see that my colleagues in Brussels, Paris, Geneva and New York have followed suit and condemned the military coup, and we will work with my other colleagues in the diplomatic corps and abroad to resist the military coup in support of the heroic struggle of the Sudanese people to achieve the goals of the December 19, 2018 revolution,” Satti said in a statement.

Burhan said Tuesday that Prime Minister Abdalla Hamdok, who was arrested yesterday, was being housed in Burhan’s own home for “safety.”

The United Nations Security Council is set to convene to discuss the coup in an emergency closed-door meeting later today.

UN Secretary General Antonio Guterres joined a host of international leaders on Tuesday in condemning the military takeover and calling for the immediate release of the prime minister and other government officials.

The coup is a major blow to Sudan’s fragile transition to democracy since the 2019 military overthrow of longtime dictator Omar al-Bashir in a popular uprising.

US national security adviser Jake Sullivan said during a press briefing Tuesday morning that Washington officials were in talks with regional governments and Gulf states “to make sure we’re closely coordinating and sending a clear message to the military in Sudan that they should first and foremost cease any violence, … release those who have been detained and they should get back on a democratic path.”

“We’ll stay closely coordinated and aligned with all of the stakeholders who we believe have influence in Khartoum,” Sullivan said.