Sudan coup leader says he will leave government after transition 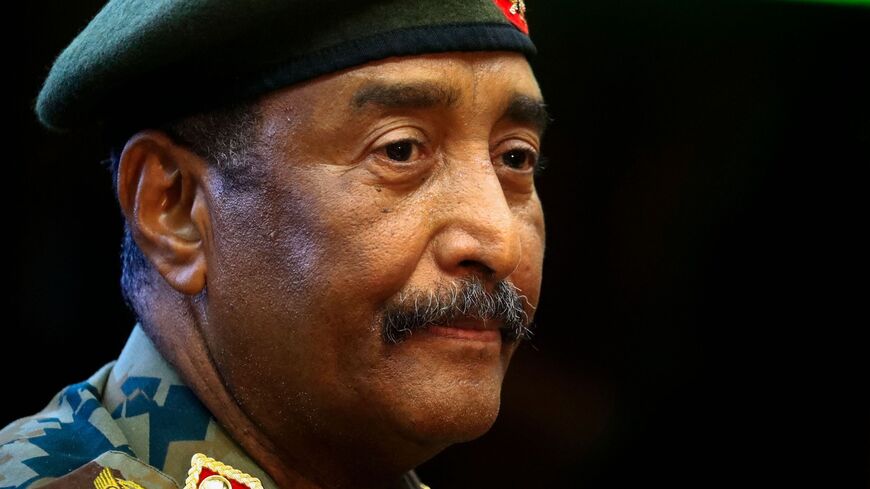 Sudan's Gen. Abdel Fattah al-Burhan holds a press conference at the General Command of the Armed Forces in Khartoum on Oct. 26, 2021. - ASHRAF SHAZLY/AFP via Getty Images

The leader of last month's military coup in Sudan said he will not remain in the government once the country’s planned transition to democracy is complete.

Burhan announced this weekend that he would not run for office in the country’s future elected government, but there is yet no sign that he and other junta leaders intend to release their grip on power in the near term.

Despite widespread internet cuts, protesters again took to the streets in Khartoum over the weekend in a show of defiance against the coup, which many see as overturning the gains of the country’s 2019 pro-democracy revolution.

The demonstrators were met with tear gas and more than 100 people were reportedly detained.

Burhan, who played a role in the overthrow of longtime dictator Omar al-Bashir in 2019, told Al Jazeera yesterday that Sudan’s security forces were not responsible for the recent deaths of protesters.

The general has insisted his ousting the transitional civilian-led government last month was done to put the 2019 revolution back on the right track.  Friction over timelines and implementation of planned reforms had been building for weeks between civilian and military leaders in the joint administration.

Burhan and his co-conspirators have defied widespread international condemnation and calls to reinstate the civilian-led government.

The resource-rich but underdeveloped and economically troubled country is now facing the prospect of managing its tens of billions of dollars in international debt without broad international support.

Some $19 billion in international debt relief set aside for Sudan’s transition to democracy has been placed in jeopardy, the United States has warned.

Seeing a prosperous Sudan as a potential pillar of stability in East Africa, officials in Washington over two presidential administrations have put significant effort into encouraging the country’s transition to democracy by offering economic and partnership incentives.

Despite urging by Biden administration officials, Egypt remains the only major Arab state with a significant stake in Sudan that has so far not condemned the coup.