Jordanians have largely ignored the proposals of a royal committee on political reform as a majority battled the effects of deteriorating living conditions made even worse by the pandemic. 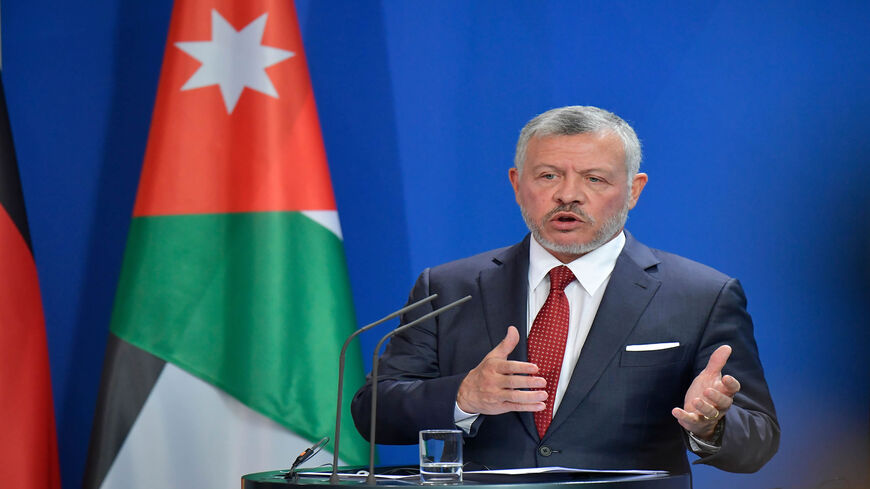 After three months of deliberations, which were marred by controversy, public skepticism and the resignation of three members, the Royal Committee to Modernize the Political System handed its recommendations to King Abdullah Oct. 4. During the meeting the king said, “The democratic model Jordanians seek is an embodiment of the political will and national interest. The political system establishes for a new and critical phase in line with efforts to modernize the state in its second centennial … that political reform is being implemented in parallel to the government’s economic and administrative reforms.”

Headed by former Prime Minister Samir Rifai, the 92-member committee includes public figures from across the political and ideological spectrum. Its final report proposes draft laws for elections and political parties, and 22 constitutional amendments related to the two proposed laws, parliamentary work and ways to empower women and youth.

The king said that the recommendations of the committee will go through the constitutional channels, “so that the government would adopt them without any intervention and submit them to parliament.”

During the meeting Rifai said the committee had worked on a consensus-based approach, a controversial issue for some members who wanted to vote on each recommendation.

There was a lukewarm public reception of the committee’s final report. A majority of Jordanians continue to suffer from a poor economic environment — made even worse by the effect of the coronavirus pandemic — with unemployment and poverty rates having reached record levels. Moreover, after more than 20 years of holding elections under variations of the single vote system, delivering weak parliaments that have failed to perform their oversight duty over king-appointed governments, Jordanians have become apathetic as proven by low voter turnout in the past elections.

The king had talked about parliamentary governments before and the committee was given the task of proposing a new law that would revive political parties and citizen interaction. More than 30 years after the resumption of democratic life in the kingdom and with more than 50 registered political parties, only one main party was able to continuously deliver candidates to the Lower House — the Islamic Action Front (IAF). Fear of the growing popularity of the Islamists in the 1990s and early 2000s forced successive governments to switch from a multi-vote system, relative to the number of seats in the district, which favored the Islamists, to the controversial single vote system.

The result not only weakened the Islamists, but deprived other political parties from any realistic chance of reaching the Lower House. A majority of winning candidates — mostly running as independents or heading an open list — depend on their wealth, tribal and family connections and the backing of the powerful General Intelligence Dept (GID).

A poll conducted by the University of Jordan’s Center for Strategic Studies last March found that only 37% of Jordanians have confidence in the current Lower House and that 70% of Jordanians do not follow its deliberations. Less than 30% of Jordan’s 4.5 million eligible voters turned out in the elections in November 2020 to vote for the 130-seat Lower House of parliament.

Once the government delivers the proposed two laws and constitutional amendments the sitting parliament would have to vote on them. In effect, the lawmakers will be voting on laws that, once adopted, would require the dissolution of parliament, the resignation of the government and the holding of a new election sometime next year.

In general, reactions to the proposed two laws by political parties and activists were mixed with most criticizing certain articles in the draft documents. Saleh al-Armouti, IAF leader and current member of the Lower House, told Al-Monitor that some articles in the proposed laws are in violation of the Jordanian Constitution. “I am surprised that committee members did not read the constitution,” he said. “For instance, the constitution does not limit candidacy to the national lists to members of political parties only.”

On the other hand, former lawmaker and Secretary-General of the Urdun Party Rula al-Hroub told Al-Monitor, “The committee talked about a democratic model for parliamentary governments without telling us what this model is.” She said that some recommendations are in contradiction with the constitution. “The king had discussed the shape of parliamentary governments before, but the committee failed to understand what he wants … and some of the constitutional amendments that are suggested will actually weaken future parliaments.”

Orieb al-Rintawi, head of the Jerusalem Center for Political Studies and one of the three members who resigned from the committee over a controversial article he had published, told Al-Monitor that political parties are critical of the 2.5% threshold and fear that it will be difficult to reach in the next election. He said that they are critical of a new condition when forming a political party that requires 1,000, from 150 currently, party founders from at least six governorates.

But he noted that in general the committee’s proposal had set in motion a new political process. “It proposes at least 10 years before reaching parliamentary governments and that may be seen as putting off what activists have been calling for in the past 20 or more years,” he said. “After three decades of promises of political reforms there is a huge gap where confidence is lacking between citizens and the state.”

However, Rintawi believes there are positive elements in the preface of the committee’s report, at least in syntax, such as underlining the uniting national identity of all Jordanians regardless of their origins and backgrounds following the “explosion of sub-identities” in the past few years that threaten the stability of society and the state. He noted the preface also talks about the rule of law and equality between Jordanians regardless of sex or religion or race.

Interestingly, head of the GID Gen. Ahamd Husni held a rare public meeting with local journalists and commentators to say that the department supports the committee’s report and will support political parties, too. He noted that the department was part of the process of political reforms as well, and that he believes in democracy within the limits of the law.

Jordan had active and thriving political parties in the 1950s, including communist, nationalist, Islamist and socialist parties. The Nationalist Socialist Party headed a government in 1956, until political parties were banned and martial law was imposed in 1957. Today, in a largely unipolar world it is difficult to see how Jordanian political parties can overcome general apathy, the effects of years of the single vote system and party overcrowding to play a crucial role in a mainly barren political stage.