Recent geopolitical changes in the region are reducing Israel’s ability to act against the Iranian presence in Syria. 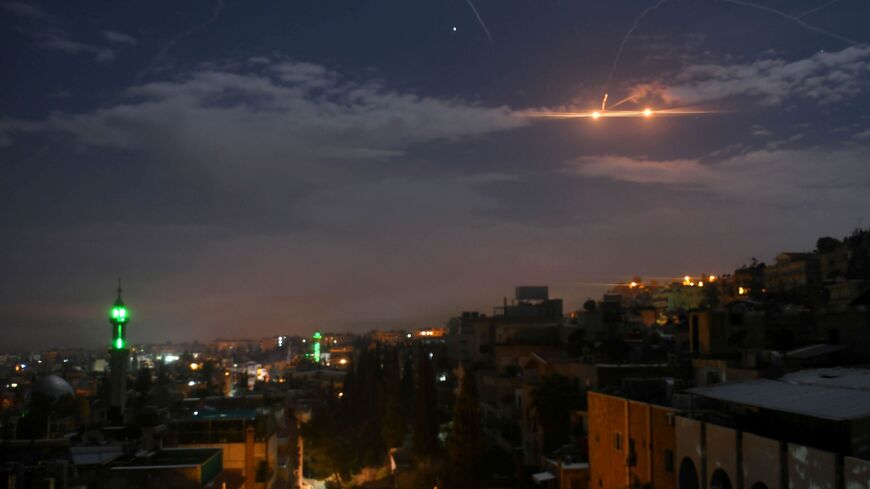 An unnamed Israeli security source told public broadcaster Kan on Oct. 25 that the air force will soon have to decide whether to act against the Syrian air defense system, in order to preserve Israeli supremacy in the region.

Alleged Israeli attacks on Iranian targets in Syria have become routine in recent years. Just two weeks ago, Israel reportedly attacked (according to foreign media) twice within one week – once, on Oct. 9, targeting an arms shipment near the T-4 air base and a few days later, on Oct. 14, in the Tadmor region of Homs Province. But the window of opportunity for Israeli military activity in Syria, which opened seven years ago, appears to be narrowing due to a number of regional and global shifts.

Israel began aerial attacks on Syria in 2013-2014 against the backdrop of the civil war there, assessing that the chaos would enable the Israel Defense Forces (IDF) to move freely without risking a direct confrontation. This was the genesis of what Israel dubs the “war between the wars,” which aims to put off a full-fledged war by undermining Iran’s entrenchment in Syria and foiling its shipments of advanced weaponry to Hezbollah.

Israel’s MO was to avoid official claims of responsibility for attacks attributed to its air force, allowing Syrian President Bashar al-Assad a certain degree of deniability without boxing him into a corner where he would have no choice but to retaliate for the Israeli strikes.

But the current situation in Syria no longer resembles the chaos that lasted for almost a decade. Since the end of the Syrian civil war, Assad has been trying to restore his control over the entire country, as reflected in the intensified anti-aircraft fire in recent months. While the Israel Air Force (IAF) has reported few hits and negligible damage, it has conceded that Syria’s air defense capability has improved and its response time has been cut by 20%, requiring Israeli adaptations.

With the passing of time and Assad’s growing confidence, he or his chief partner, Iran, might well decide to respond more aggressively to Israeli attacks, in order to make decision-makers in Jerusalem think twice before approving raids in Syria.

Russia could also make those raids harder. Israeli Prime Minister Naftali Bennett met with Russian President Vladimir Putin in Sochi on Oct. 22. He was given a lavish welcome and a warm embrace, just as his predecessor Benjamin Netanyahu was in the past, prompting Bennett to describe Putin as “a true friend of the Jewish people”.

However, reports have emerged in Russian media reflecting displeasure with Israel’s attacks in Syria. The Russians have also started reporting on such raids, sometimes even claiming that Russian-supplied air defense systems had successfully intercepted missiles fired by Israeli fighter planes.

Israeli defense officials have not reported any tension with their Russian counterparts, and at least for now, the Russians are not curtailing IDF activity in Syria. But the reports from Russia after each Israeli strike make it clear that Russia’s carte blanche has an expiration date.

Hezbollah must also be taken into consideration, having pledged to exact a price for every attack on its people, even on Syrian soil. Such was the case in July 2020, for example, when an activist subsequently identified with Hezbollah (Imad al-Amin) was killed in Syria, prompting Hezbollah Secretary General Hassan Nasrallah to threaten revenge and sending Israeli into a state of high alert for over three months, during which it dealt with several Hezbollah attempts to infiltrate Israel and attack IDF troops. Ultimately, Hezbollah did not succeed, but Israel has since been extra careful to avoid hitting Hezbollah members in Syria.

By far the greatest threat to Israel’s free aerial movement in Syria is Iran, Israel’s enemy No. 1 and the target of all its “war between the wars” activity. Following Israel’s latest alleged attacks in Syria, a group calling itself the “Combined War Room of Iranian Militias” issued a statement saying it would retaliate for Israel’s raid “in the harshest manner.”

Israel took this threat very seriously and prepared for possible rocket fire or a drone attack. Apparently, the threat of UAVs is very real, with intelligence information suggesting that Iran can send such drones into Israel’s territory.

Iran did not carry out its threat, but regional changes, as well as Russian-US tensions and the evolving nuclear agreement with Iran, threaten Israel's continued activity in Syria and the rest of the Middle East.