While far from a new phenomenon, Iran and Israel are at a heightened risk of conflict in their confrontation in Syria. 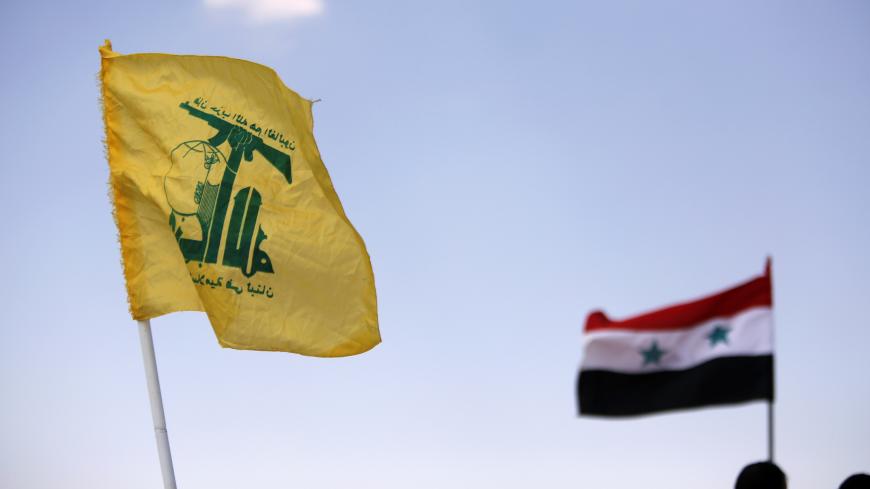 Another war is taking place within the Syrian war — one between Iran and Israel. This conflict is not new. Rather, it began when Lebanon’s Hezbollah movement and Iran rushed to defend the government of defiant Syrian President Bashar al-Assad against his opposition. They saw in Assad the only real and dependable ally in the fight against Israel, in Lebanon, with the Palestinian factions, and Syria’s border with Israel a potential new base that could add to the resistance axis a new card in the war for influence and power in the Middle East.

Israel knew this from the beginning; therefore, its first raid on Syria came as early as Jan. 30, 2013, when Israeli fighter jets hit a target deep inside Syria, a target that American officials told The New York Times was a convoy carrying sophisticated anti-aircraft weaponry.

The strike was only the beginning. Israel and Iran never halted their confrontation, though on the Iranian-led resistance axis’ side, Lebanon’s Hezbollah was Israel’s target, given the fact the group was the one functioning directly against Israel. Both sides were seeking to draw their rules of the game — Israel by setting its own red lines and the other side by breaking them. These involved dozens of Israeli raids on Hezbollah targets; in return, there were attempts by the Lebanese group to change tactics and attempt to get its military needs through unconventional means and routes. Iran was present beside Hezbollah, yet it’s possible to say that while the Lebanese group was struggling to get hold of weapons that could be used in any future war to deter Israel, the Iranians had a different objective. Iran’s Islamic Revolutionary Guard Corps (IRGC) was keen at creating an infrastructure that could give Tehran leverage in a future regional war or in the event Israel decided at any level to strike inside Iran or threaten Iranian national and regional security.

On April 8, warplanes thought to be Israeli targeted the Tiyas air base near Homs, known also as the T4 air base. For the first time, the Israeli raid was against a solely Iranian target, and also for the first time, Iran announced that seven of its soldiers in Syria, known in the country as "defenders of the shrine," were killed in the raid. The Iranian announcement was rare, as Iranians tend not to announce their soldiers’ deaths together and without mentioning how and where they were killed. This was an indication that the incident wasn’t just another one.

The April 8 bombing isn’t isolated from other events that have involved the two countries being in direct confrontation. In February, Israel shot down a drone that it believes belongs to Iran after the unmanned aerial vehicle (UAV) penetrated Israeli airspace. On April 13, the Israeli military announced that the drone was equipped with explosives and that by intercepting the “Iranian UAV, IAF [Israeli air force] combat helicopters prevented the attack Iran had hoped to carry out in Israel.” On the day of the interception, an Israeli fighter jet was downed while striking the same T4 air base.

Both of these events were preceded by Israel’s January 2015 killing of senior IRGC officer Mohammad Ali Allah-Dadi, who died alongside a group of Hezbollah commanders in Syria near the border with Israel. While the Iranians immediately vowed revenge, a senior Israeli security source said forces believed they were attacking only low-ranking guerrillas. Back then, this was seen as the most serious confrontation between Israel and Iran in Syria.

Still, the incidents this year remain the most serious, and the one in February prompted Israeli Prime Minister Benjamin Netanyahu to discuss his concerns with Russian President Vladimir Putin. On March 9, Netanyahu warned before the meeting, “It’s obvious that we wouldn’t want this terror [Islamic State] to be replaced by radical Islamic Shiite terror led by Iran,” and after the meeting he said that Iran is “seeking to build its military forces, military infrastructure, in order to establish itself in Syria, including an attempt to build a seaport,” calling this “grave for Israel’s security.” Netanyahu repeated this complaint on several occasions, including in front of the UN General Assembly, while giving a speech at the Munich security conference, and on different mainstream and social media platforms. On April 20, the diplomatic correspondent with Israel’s Channel 10 TV network, Barak Ravid — who reported that an Israeli official told him that “PM Netanyahu's conclusion from his phone call with Putin last week was that Russia has no real ability to contain Iran in Syria” — added on his Twitter account that, according to the official, “after the Iranian drone was shot down in Israeli airspace, the Russians conveyed harsh messages to the Iranians but apparently they were not deterred.”

Given the Iranian reaction since the Israeli attack on the T4 air base, it’s unlikely that Tehran is ready to accept Israel’s rules of the game; besides, the Iranian military elite overseeing the war believe that if Israel is not deterred, Israel might step up its engagement with Iranian targets. In turn, this could deprive Iran one of its most important cards internally and externally, as Iran is one of few countries in the region that tolerates no aggression. According to a Syrian military source who spoke to Al-Monitor on condition of anonymity, one of the targets hit in the T4 attack was the drone system at the airport; another target was a strategic weapon that Israel did not want to reach Hezbollah in Lebanon. Iranian delivery of such weapons to Lebanon might be one form of retaliation on the part of Tehran, while another may be a sheer military response.

Iranian officials vowed during the past week to take revenge for the killing of the seven Iranian soldiers, yet the strongest voice during this period was the one of Hezbollah’s leader, Hassan Nasrallah, who warned that Israel has placed itself in direct confrontation with Iran. Nasrallah said the "killing" of Iranians was an act of "grave foolishness." It was clear that Nasrallah’s warning was aimed at sending a clear message to Israel that revenge for this attack isn’t going to be by Hezbollah, but rather by the Iranians themselves, which — if it takes place — could mean a different type of confrontation between the two regional enemies and might end with both of them breaking red lines that were in place for years.