Most leftist legislators did not react publicly to reports over the government advancing plans for Jewish construction in East Jerusalem neighborhoods. 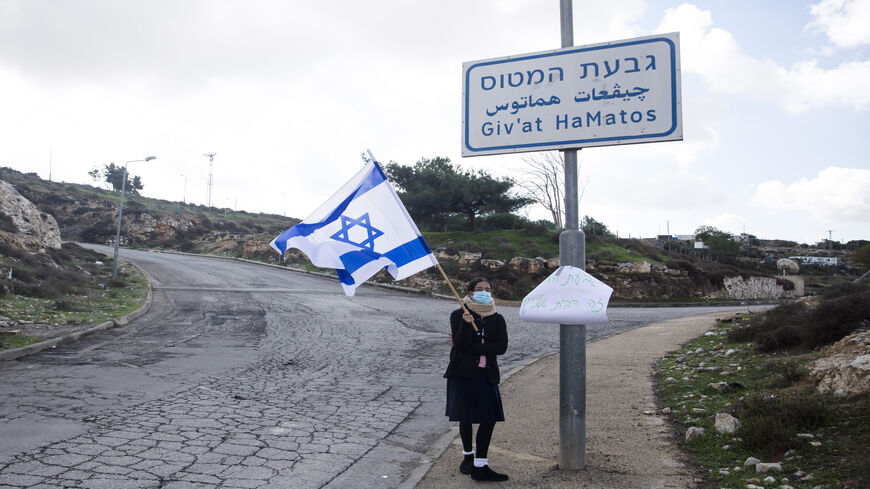 Jerusalem’s Planning and Construction Committee approved Oct. 13 the expropriation of land across the Green Line for the construction of new residential complexes in East Jerusalem. These complexes are slated to contain tens of thousands of new housing units.

According to information appearing in Israeli media, most of the land slated for new construction is in an area on or adjacent to the Givat HaMatos neighborhood. In 1991, Israel built on the Givat HaMatos site a caravan neighborhood for Ethiopian immigrants. But for the past 15 years, Israeli authorities have been promoting controversial plans to construct a permanent neighborhood there. On top of the expropriation, the committee approved the advancement of a plan to expand the existing East Jerusalem neighborhood of Pisgat Ze’ev. Next week, the committee is set to discuss objections submitted against the construction of a new settlement neighborhood in the controversial E1 zone. A few weeks later, it will discuss plans for housing units in Atarot. Like Givat HaMatos, Atarot is yet to be constructed.

For decades, the development of these areas has been a red line for the international community, the United States and the Israeli left. The reason for this is that Jewish construction in these areas across the Green Line would sever the Palestinian neighborhoods of East Jerusalem from the West Bank and turn them into tiny enclaves, surrounded by Israeli neighborhoods. This would make it even more difficult to implement a two-state solution, since that would also require the partition of Jerusalem.

If constructed, Givat HaMatos would be the first new neighborhood built in the city in over 20 years. The last neighborhood to be built was Har Homa, at around the time of the Oslo Accord. It was the source of several protracted crises between Israel and the international community that considered it an intentional effort to sabotage a two-state solution. Since then, every US administration — Democrats and Republicans alike — kept an eye on attempts to implement Israel’s plans for construction in East Jerusalem and took steps to block them, when necessary.

Nevertheless, news of current plans to expedite construction in these volatile areas seems to have eluded any significant condemnation by the Americans. While this raises questions, what is even more startling is that left-wing parties in the current government have been quiet about the decision, too. In the past, they would have fought tooth and nail against the decision, or at the very least, condemned it vociferously.

While Knesset member Mossi Raz of Meretz described the development as “serious,” no other leaders of the party spoke out against the decision. Raz tweeted, “Construction in that area would be destructive, so I believe that the district committee will not approve it. Approving it would be a serious mistake that would be harmful to Israelis.”

In the not too distant past, Meretz’s three ministers — Nitzan Horowitz, Tamar Zandberg and Issawi Frej — would have raised a commotion over news like this. This time, they seem to have skipped over it. This poses a clear challenge to the political agenda that has defined the party for over half a century. They have always advocated for partition in order to end the conflict with the Palestinians.

When Netanyahu’s second government approved new construction in East Jerusalem in March 2010, the decision sparked a major crisis, not only between the new Israeli government and the Obama administration, but also with parties on the Israeli left. The crisis reached a climax when then-Vice President Joe Biden paid a visit to Israel to advance the peace process. Upon his arrival in Jerusalem, news broke that the Ministry of the Interior approved the construction of 1,600 new housing units across the Green Line, in Jerusalem’s Ramat Shlomo neighborhood.

The White House was furious. Biden had just been humiliated by what was regarded as an intentional provocation by Netanyahu’s new government. As a result, then-Secretary of State Hillary Clinton admonished Netanyahu for impeding efforts to renew negotiations with the Palestinians. The whole incident raised serious questions about Israel’s attitude toward its relationship with the United States. Israeli Ambassador to the US Michael Oren was summoned for a sharp reprimand, and the United States demanded that Israel take immediate steps to benefit the Palestinians.

In Israel, parties on the left were just as vocal in their attacks on Netanyahu. Even Labor Party ministers in Netanyahu’s own Cabinet demanded angrily that Netanyahu put a halt to everything.

Netanyahu got the message and tried to minimize the diplomatic and political damage. He claimed that he did not know about the decision and even formed a special team that was supposed, according to Netanyahu, to prevent incidents like this from recurring.

In the following years, the Americans kept close watch on construction in the settlements, using satellites imagery and reports from Israeli nongovernmental organizations like Peace Now, which had teams on the ground to track developments. They then demanded detailed explanations from Israel about any new construction.

As aforementioned, that pattern of behavior changed this week, with little to no reaction to the reports that Jerusalem’s Planning and Construction Committee has just expedited the construction of thousands of housing units in this volatile area.

The reason for this should be obvious. The White House is making a concerted effort to keep the fragile Israeli government in office. Then again, even the Israeli left is, for the most part, toeing the line, apparently in order to preserve the government’s integrity.

The combination of a US administration willing to overlook this development and an Israeli left that hides its head in the sand in the face of such an important development is harmful and perhaps even lethal to a two-state solution. Fear of Netanyahu’s return and the evident thrill of power have silenced Meretz. Considering that it was once at the forefront of the political struggle against the occupation, its response — or lack of it, to be precise — now is embarrassing. Its ministers prefer to look away. Ironically, the fact that Meretz is part of the government is making it all the more difficult for it to advance a two-state solution.

But there is an even bigger question, too. What is the actual policy of the Bennett-Lapid government with regard to the Palestinians? It turns out that there is no real policy apart from maintaining the status quo. But that is nothing more than a pipe dream. The region will not just sit still.

The government’s main mission seems to be preserving its integrity, even at the cost of abandoning the core principles of its constituent parties. Prime Minister Naftali Bennett is a former head of the Yesha Council, the settlements’ umbrella organization, who built his political career by taking on the left. He fought against the freeze on West Bank settlements during the 2010 Obama-Netanyahu crisis, and he advocated for annexation of West Bank settlement territories. In contrast, ministers from Meretz and Labor advocate for a diplomatic solution to the Palestinian-Israeli conflict and travel to Ramallah to meet with the chairman of the Palestinian Authority. And yet, even they are ignoring their core ideology. Then again, the Palestinians themselves have not spoken out against the recent decision, apparently for the same reasons. It is almost as if they are all part of a conspiracy of silence intended to preserve the coalition, which removed Netanyahu from power.

The result is a pendulum: Whenever one side gains something, the other side loses. In fact, though, the lack of diplomatic clarity and the absence of any strategic plan could be harmful to everyone. Meretz’s base has reason to be disappointed with its representatives in the Knesset, but so does the base of right-wing Yamina. What they need to remember is that one day, the time will come that removing Netanyahu and the fear of his return cannot be the only reason for the government’s continued existence.