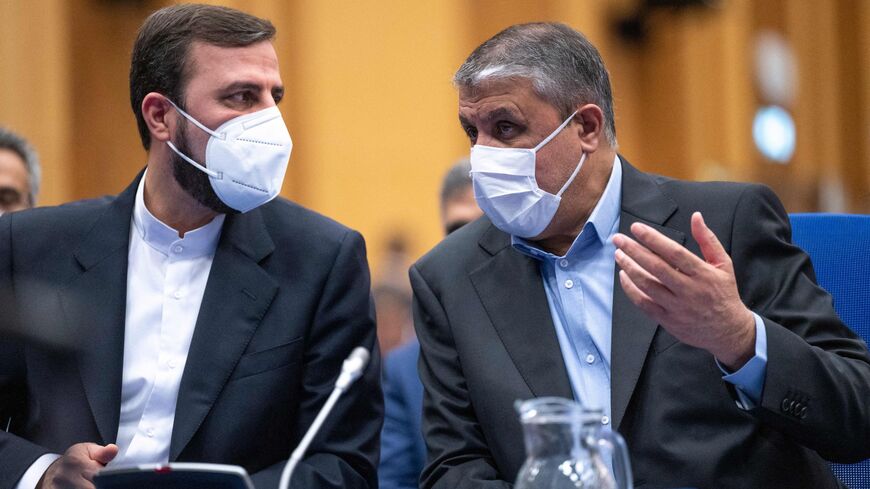 No surprise that most of the discussion focused on Iran. The White House readout made clear US President Joe Biden’s "fundamental commitment to Israel’s security and to ensuring that Iran never gets a nuclear weapon," adding that although the US believes "diplomacy is the best path to achieve that goal," if diplomacy fails, the US "is prepared to turn to other options."

Both Washington and Jerusalem want to keep the collaboration smooth and collegial, and they are, especially in public. No one wants a return to the bad blood between former US President Barack Obama and former Israeli Prime Minister Benjamin Netanyahu over the US-led 2015 Joint Comprehensive Plan of Action (JCPOA), which Israel opposed.

But this week’s collegial exchanges and press readouts can’t disguise deep differences between the Biden Administration and the Naftali Bennett-Yair Lapid government over Iran.

"Diplomatic sources say that away from the public eye, the climate in closed meetings is far less favorable," writes Ben Caspit. "In fact, the opposite may be true. Israeli frustration is growing, as is the realization that Israel and the United States aren't on the same page and their strategic perceptions of the Iranian nuclear threat differ substantially."

Israel wants "other options" to include a credible military threat, and has suggested that the US position on Iran could benefit from a new round of sanctions and displays of military force, such as drills in neighboring countries or aircraft carrier deployments.

"The Israeli effort is focused on trying to illustrate to the Americans and convince them that military action could also provide a solution to the Iran nuclear problem, not just talks, that they should display serious intentions and convince Iran that along with the carrot, the United States is also holding a stick," adds Caspit. "This effort has failed for the time being. Al-Monitor has learned that during the many meetings between the sides, many Israeli officials, chief among them Israel Defense Minister Benny Gantz, proposed a series of actions."

In an Al-Monitor podcast this week, Ali Vaez of the International Crisis Group says that Iran would probably only consider developing a nuclear weapon following an attack on the country.

Israel is on what Rina Bassist calls a "diplomatic blitz" to keep the focus on Iran. Foreign Minister Lapid was in Moscow last month to talk about Iran, and will be in Washington on October 12.

Meanwhile, Mazal Mualem has the scoop on rising tensions between Gantz and Bennett, after Bennett revealed details of a Mossad operation to get information about navigator Ron Arad, who was captured and disappeared in Lebanon 35 years ago. It had been, until now, mostly taboo to talk about ongoing Mossad operations in public. The top-secret account suggests Israel may have abducted an Iranian general and interrogated him before releasing him. Gantz, who despite his senior post finds himself outside the Bennett circle of trust, also knows he could still break the fragile government at any time by cutting a deal with Netanyahu.

Iraq’s election a ‘moment in history’

In other multilateral security issues, the foreign ministers and secretaries from Australia, Canada, Denmark, Finland, Germany, Italy, the Netherlands, New Zealand, Norway, Sweden, the United Kingdom, and the United States praised the Iraqi Independent High Electoral Commission’s (IHEC) for its preparations for the Iraqi elections on Oct. 10.

The ministers referred to the elections as "an important moment in Iraqi history." The early elections are the initiative of Iraqi Prime Minister Mustafa al-Kadhimi, in response to the widespread demonstrations that led to the resignation of his predecessor, Adel Abdul-Mahdi.

The steps to assure a smooth and transparent process may set a new regional standard. The UN Assistance Mission in Iraq (UNAMI), backed by a UN Security Council mandate, has worked hand in glove with IHEC. The UN election mission will be "the largest of its kind in the world, with five times more UN officials than were present during the 2018 election," the joint statement said.

The election includes 3,200 candidates from more than 400 parties, which are organized into 22 electoral alliances, vying for 328 seats in Iraq’s Council of Representatives (parliament). 82 of those seats are reserved for women.

The alliances then huddle on the selection of prime minister (which is allotted to the Shia parties), the president (slotted to the Kurdish parties), and the speaker of the parliament (given to the Sunni groups).

Kadhimi and Iraqi President Barham Salih convinced the leaders of Iraqi political parties and blocs to sign an electoral standard of conduct document earlier this month, as Omar Sattar reports here. Unlike in the past, Iraq is enforcing its election laws, with fines and other penalties for infractions.

In August, Kadhimi hosted a national dialogue conference including Iraqi political and civil society leaders and encouraged Iraqi independents and those associated with the protest movements to participate in the election.

Some of the nascent Iraqi protest groups will nonetheless sit out, as Mustafa Sadoun reports here, preferring to focus on the need for wholesale reform of the Iraqi political system.

But many new and independent parties will also be on the ballot.

The turnout for the election should be boosted by the Sept. 27 statement by Iraqi Grand Ayatollah Ali Sistani, the most revered political figure in Iraq. Sistani’s message contrasts from his lukewarm endorsement before the 2018 election, as Ali Mamouri explains.

Meanwhile, populist Shia cleric Muqtada Al-Sadr, who had earlier decided to sit out the election, is now all in. As Adnan Abu Zeed reports from Iraq, speaking to officials in Al-Sadr’s Sairoon (‘Moving Forward’) coalition, the Sadrists are rallying the vote and expecting to be the brokers of the next government, including the prime minister.

Shelly Kittleson reports on the politicking among Iraq’s Sunni parties, and how the influence of tribal leaders in Iraq’s western provinces still hold sway. The most powerful Sunni position in Iraq is speaker of the parliament, held by Mohammad Al-Halbousi. Iraq’s Sunni communities north and west of Baghdad continue to be plagued by episodic Islamic State terrorist attacks, as Kittleson reports here.