Despite surging violence within the Israeli-Arab population, elements within the coalition and in the opposition object a proposed law amendment that would allow police to carry out house searches without a prior court warrant. 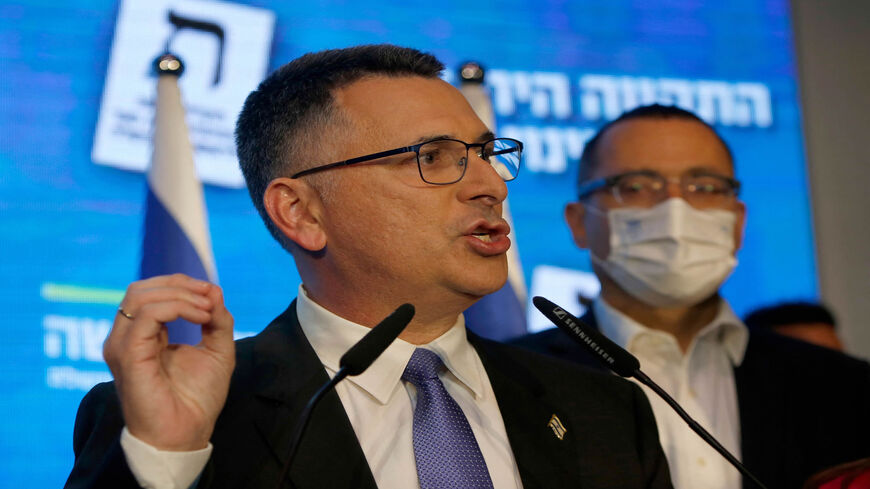 Israel’s Cabinet approved Oct. 17 a bill to expand the power of Israeli police, as part of its efforts to stop the worsening epidemic of crime in the Arab sector. The approved law amendment would allow police to carry out house searches without a prior court warrant, when there is reasonable cause to believe that an object tied to a serious crime could be found on private premises.

Included in the crimes for which such a search could be conducted are extortion and crimes involving weapons. According to the amendment, warrantless searches would be allowed when such a search is deemed immediately necessary to prevent the object under question from disappearing or being destroyed. The law would remain in place for three years.

The decision to approve the amendment was preceded by a heated Cabinet debate. Environmental Protection Minister Tamar Zandberg said that the proposal was a very unusual step for a democracy. Justice Minister Gideon Saar, who advanced this proposal, responded, “There are already exceptional cases in which searches are conducted without warrants.” Zandberg insisted, arguing that this was not necessarily the problem. “Let’s try to do things differently before resorting to such exceptional legislation. Furthermore, will this infringement of individual rights be limited? The general feeling among civilians is that this new law is being imposed on them rather than targeting organized crime,” she said.

This did not stop Saar, who responded by saying, “We are at war, in case you don’t realize it. We need to provide law enforcement and the police with better tools so that they can carry out their mission successfully. The right to stay alive is also a human right.” As if that was not enough, he continued, “I am telling you now that I plan to introduce further legislation to ensure that we succeed in our campaign against crime in the Arab sector.”

While the law does not refer specifically to Arab citizens of Israel, it is intended to target them. It represents an attempt to take unusual measures to stop a situation that seems to be snowballing out of control. Not a week goes by without several murders in Arab towns and villages, with most of these murders involving guns. Up to Oct. 21, 102 Arab civilians have been murdered in Israel since the start of the year.

In order to illustrate the severity of the situation, it should be noted that just three days after the Cabinet meeting, another young Arab — Amro Abu Maklad Jabareen, 26, from Umm al-Fahm — was shot dead while sitting in his car early that morning. The media gave him the dubious designation of being the town’s second murder victim in a single day.

Surprisingly, Minister Issawi Frej, an Arab member of Zandberg’s own Meretz party, threw his support behind Saar’s proposal. "I would even support bringing in the CIA if that would ensure personal safety," he said.

Further support for the law came from Minister Hamad Amar, an Israeli-Druze member of the Yisrael Beitenu party. He said, “We have lost control. There have been more than 100 casualties in the Arab sector since the start of the year. Arab citizens want just one thing: They want their children to come home safely.”

Minister of Defense Benny Gantz said that he would support the law, too, but asked that restrictions be put in place to ensure that it is not used more broadly.

As Saar noted, the use of such unusual means is intended as a response to the extreme situation in Israel. This, in turn, is the result of years of neglect by law enforcement of the Arab population. As a result, the current situation now threatens the personal safety and security of 2 million Israeli Arabs, and it has for several years already. Israeli Arabs have become human targets in their own towns, and successive governments, including this one, have failed so far to address the problem. Unlike the various Netanyahu governments, which poured vast sums into the Arab sector but failed to adopt legal measures to rein in crime, Bennett is taking adding tough legislative measures to his playbook.

Furthermore, an Arab party, Ra’am, is now part of the coalition, after having been elected with this as one of its banner issues. It has successfully obtained enormous sums of money, amounting to tens of billions of shekels, to help restore law and order in the Arab sector. In that sense, this is the first systemic attempt to deal with a situation that is spinning out of control.

After the Cabinet approval, Saar’s proposed legislation will now be brought before the Knesset. If it passes three readings, it will be part of the Israeli legal code. This is a critical stage. The conflict between the protection of individual rights and the urgent need to stop crime in the Arab sector should reach its climax once this happens. It will be no easy choice for the Arab Knesset members, particularly from the Arab Joint List, who are categorically opposed to legislation of this sort. It also seems obvious that if Zandberg and other members of her party were now part of the opposition, they would oppose such dramatic measures.

Attorney Hassan Jabareen, general director of Adalah – The Legal Center for Arab Minority Rights in Israel, calls this a racist law. According to him, not only will it fail to contribute to the war against crime in the Arab sector, it will actually have the opposite effect. As he explains it, while the law is, ostensibly, neutral, it should be obvious to everyone that it will be implemented against a specific sector of the population. Proof of this, according to Jabareen, is Saar’s own statement that the law will be enforced against the Arab sector. That makes this a piece of racist legislation.

Jabareen is also concerned that the law will put Israel’s Arab citizens in a situation similar to that of Palestinians living in the West Bank. “In the West Bank, there is a law that allows the Israel Defense Forces [IDF] to enter Palestinians' homes without a warrant when the IDF suspects a crime was committed, or when there is evidence that it wants to seize. In contrast, the IDF does not act the same way toward Jews living in the West Bank. As a result of this, the personal security of Palestinians and their rights to property and privacy are ignored. Just as there is apartheid in the policing of the West Bank, there will be apartheid in policing here [in Israel proper].”

Now that the Cabinet has approved Saar’s legislation, it is likely to be passed by the Knesset. From there, it is expected to reach the Supreme Court. It seems inevitable now that human rights organizations like Adalah will take up the case.