Iran’s president called for tighter control of the internet while “digitizing” the economy. 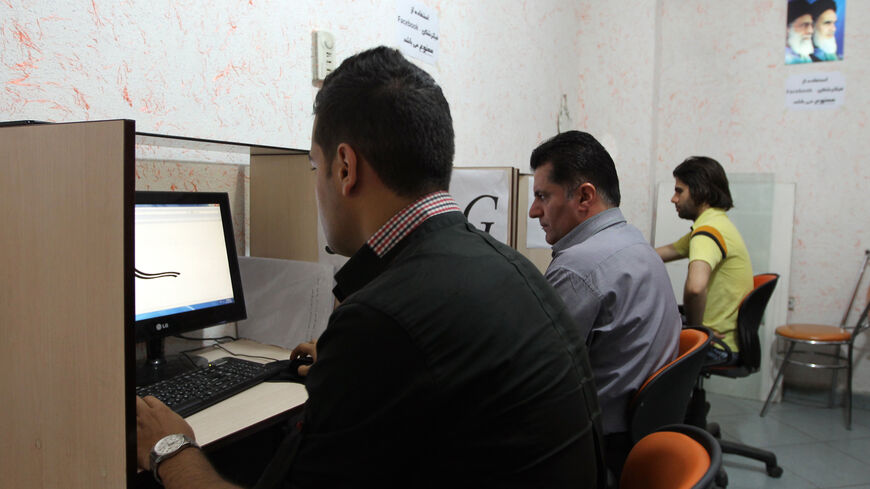 Iranians use internet at a cybercafe in the center of the Iranian capital Tehran on May 14, 2013. - ATTA KENARE/AFP via Getty Images

In a meeting with the Supreme Council of Cyberspace, Iran’s president Ebrahim Raisi called for “digitizing” the government while also expanding controls over the internet.

Raisi said that the council can “take significant steps in making up for its ineffectiveness and in the management of cyberspace.” He added that the “health and security” of the internet must be prioritized given that “the enemy invades the personal environment and space of the people and the country.” Raisi called it “unacceptable for any institution to ignore this arena.”

Comments by Raisi such as “health and security” simply mean tighter controls of information and less freedom for Iranian internet users. The Council was formed in 2012 by the orders of Supreme Leader Ayatollah Ali Khamenei, and the two-dozen-plus members include representatives from every major body in Iran, including the Islamic Revolutionary Guard Corps. As president, Raisi is the head of the Council.

Control of the internet became a major concern for the Iranian leadership after the 2009 post-election protests in which social media was used to disseminate often disturbing videos of suppressing protests to foreign countries. According to Reporters Without Borders, the Council has not only blocked access to websites and popular social media platforms but also been used to “spy and harass” journalists.

Raisi continued that the National Information Network, Iran’s very own project to create a domestic national intranet, is a “necessity” and called on both the Supreme Council of Cyberspace and the Ministry of Information and Communications Technology in Iran to “pursue it seriously.”

Iran began pursuing the national intranet in 2013, though the idea had been around a decade before. The project, which so far as cost considerable money, would give Iran access to its own infrastructure, making it inaccessible to foreign companies or intelligence services. In recent years, with the eruption of sporadic protests, authorities have resorted to completely shutting down the internet in specific regions in order to suppression information leaving the area.

While Raisi’s call for “digitizing” the economy is sensible in reality the economy will always take a backseat to security. Authorities have had no qualms in shutting down popular social media or messaging platforms, such as Telegram, when security issues arise. The disruption of Telegram, which many Iranian small businesses use, creates havoc and sends Iranians scrambling to new platforms. Iran has attempted to create its own national platforms as well, though few users have flocked to such sites.