Rouhani doubles down on Iran's conservatives with 'digital economy' plan

Unlike conservatives, Iranian President Hassan Rouhani sees opportunities rather than threats in the expansion of the country's cyberspace. 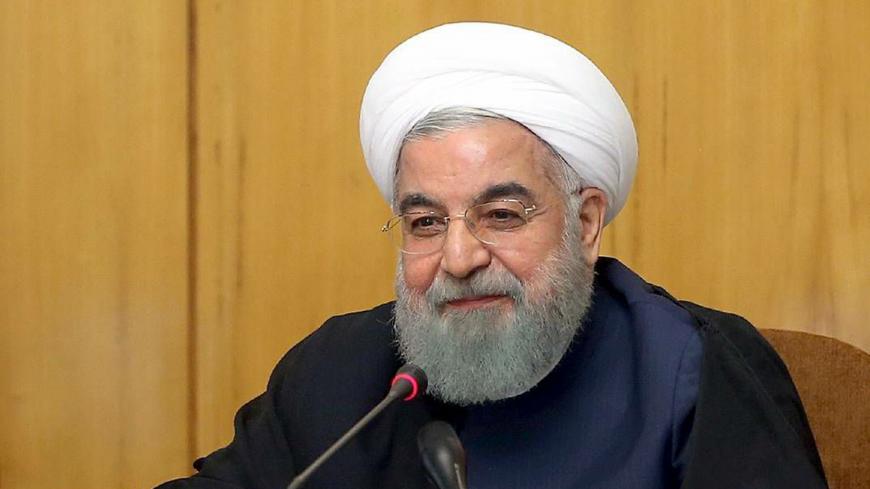 After receiving criticism for unblocking the popular social media app Telegram, which was closed over the recent protests that rocked Iran, President Hassan Rouhani is not retreating from his position. In fact, his administration is reportedly preparing to spend money to create more digital jobs and attempt to bring Iran up to date in the cyberworld.

According to the president’s news agency, the Cabinet meeting Jan. 17 was devoted to discussing a “digital economy.” Rouhani said that the internet “drastically changes the understanding of employment, especially when it comes to services.” He added that it is possible to benefit from this field in order to support the government’s efforts to “increase domestic capacities.”

Presumably to the more conservative-minded officials and religious leaders who seek more control of the internet, Rouhani said that an inability to understand the speed of changes taking place online will cause a fissure with the younger generation. He added, “The administration must not fall behind the world in its efforts to develop the field of cyberspace.”

Rouhani said the administration and the National Center for Cyberspace will review a number of issues, including the “current state of cyberspace, the trends and future of cyberspace, changing the models of success, and the principal function of cyberspace in Western economic systems.”

Mohammad Javad Azar Jahromi, the 37-year-old minister of information and communications technology, tweeted Jan. 17 that the economic officials from the administration and the National Center of Cyberspace will present a strategy report to the administration within a month for the “development of a digital economy.” In a following tweet, Azar Jahromi added, “With the approval of the president for youth employment, a $125 million line of credit will be secured for the following two years for new businesses” in the digital area and to develop services for Iran’s national internet network.

One of the beneficiaries of the president’s more lenient attitudes toward the internet will certainly be Telegram. The popularity of Telegram in Iran is well known by now. Approximately 40 million Iranians, about half of the population, use the social media app for a wide variety of reasons. Unlike the closing of Twitter, Facebook and YouTube in the 2009 protests, which fewer Iranians used and then only for specific purposes, Telegram is an app that covers a large age group of users for a variety of reasons, from social interaction to news to operating businesses. The shutting of the site at the peak of the protests brought fears that the site would remain indefinitely closed like Twitter, Facebook and YouTube before it.

However, despite their closures and conservative backlash, conservatives have not ignored online platforms and routinely use them. Hard-line cleric Mohammad Taghi Mesbah Yazdi, who was once dubbed the spiritual adviser of former President Mahmoud Ahmadinejad, met and spoke with Iranians online. According to those present for the meeting, Mesbah Yazdi addressed serious and probing questions regarding corruption, problems with the government and conceptions of freedom. The pictures were shared widely on Twitter and Telegram. The reason for the meeting was not given. Mesbah Yazdi, like most other prominent clerics, often speaks through statements or speeches. Meeting with young online activists, albeit conservative ones, is a testament that while Rouhani is busy trying to catch Iran up to the rest of the world online, conservatives do not want to remain too far behind the president.