As Iran is home to an increasing number of online businesses, the new internet restrictions imposed by the government in response to the recent unrest are hitting many entrepreneurs. 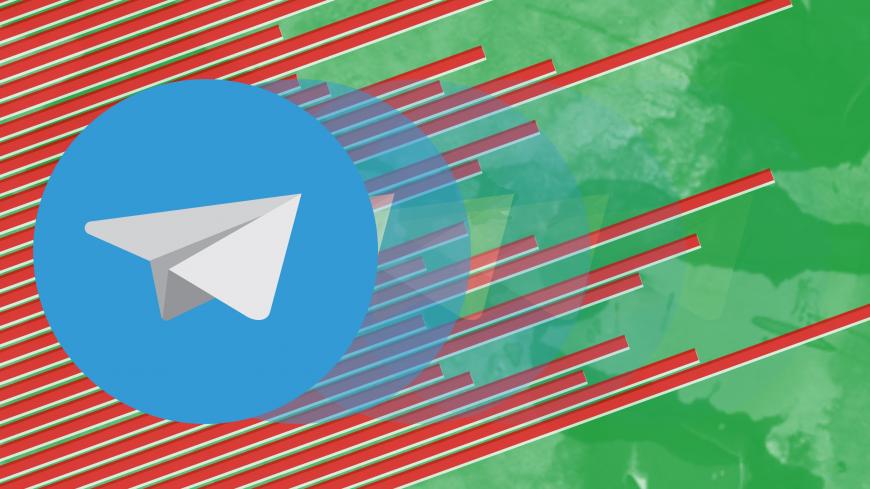 “Everything stopped suddenly. We are literally out of work now,” Alireza, a 24-year-old university student living in Tehran, told Al-Monitor. He is among many Iranian online entrepreneurs who have suffered major financial losses in recent days due to the authorities’ intensified online filtering, including bans on popular social media platforms such as Telegram and Instagram.

The bans were first imposed Dec. 31, three days after protests first broke out across the country, with Interior Minister Abdolreza Rahmani Fazli saying that some individuals had misused social media networks “to create violence and fear.”

Although the government has moved to lift the ban on Instagram, Telegram has remained blocked, forcing many Iranians to use circumvention apps to bypass the restriction. The government has said that its moves are aimed at protecting society. “If the filtering had not been carried out, social security would have been affected,” Mohammad Javad Azari Jahromi, the minister of communications and information technology, told local media Jan. 3.

Both Telegram and Instagram had previously been unfiltered in Iran, becoming the most popular social media apps in the country. Telegram has 40 million users, while Instagram has 35 million users in Iran. Against this backdrop, online businesses have rapidly grown over the past few years. With more than 46 million tech-savvy internet users in Iran, the majority of whom are under 35, the country has emerged as a leading startup incubator in the region, and the government considers information and communications technology to be a good option to achieve its job creation goals.

However, with the recent restrictions, many online businesses have been threatened and many e-commerce activists have already felt the hardship.

“We were among the first to kick-start our business on Telegram,” Alireza said. “We spent a lot of money and time in the past three years to attract a total of 350,000 members for our several channels. Our income is through advertising. With the current ban, we don't have any income.”

According to some figures, there are 600,000 Iranian channels on Telegram, more than 40% of which are said to be online businesses. However, Afshin Kolahi, the first vice president of the New Business and Knowledge Technology Commission of Iran, said that 10,000-15,000 of them are 100% web-based while others use the internet for marketing or as an alternative way of selling their products or services.

“Our income has slumped by as much as 95% to almost nothing. Our business has been literally ruined,” Alireza said. He is not alone; there are many others who have been hit as well. Davoud Pirfarshi and his colleagues produce 40 types of handmade leather products, some of which are sold via Telegram on a daily basis. Alireza added that following the recent restrictions, “We have received no orders and sold nothing, as access to the internet has been so difficult.”

The exact losses of the thousands of Telegram-based businesses are very hard to calculate — many of them are not registered with the authorities as a way to avoid paying taxes. However, according to one estimate published by the leading economic daily Donya-e Eqtesad, these channels are estimated to generate monthly revenues of nearly $1.8 million. This is while other estimates say major internet businesses, including internet service providers, online stores and ride-hailing apps among others, have experienced over $120 million in losses.

In a Twitter post on Jan. 2, the minister of communications and information technology​ apologized to “hundreds of thousands of his countrymen” active in e-commerce for the losses they have faced. But the apology appears to have done little to calm online entrepreneurs. A Twitter account with the name Iranian Telegrampreneurs has been created amid the ongoing restrictions. It mainly retweets comments by users criticizing the limitations for adversely affecting people’s lives, including women in charge of their families’ affairs. A pinned tweet speaks of 1 million jobs at stake because of the new restrictions.

Other than the short-term impact of the filtering, experts have warned against serious consequences in case restrictions are repeated in the future — or if social media networks such as Telegram are banned permanently. “Such a policy will endanger job-creation activities. It will make customers of online services dissatisfied, and the discontent could have more danger than [the recent] protests,” social media analyst Pooria Asteraky told Al-Monitor.

He explained that Iranians have increasingly used the internet for different purposes, such as getting services over the past few years, making it a core part of their life. “If the disruption of the internet gets long and repeated, people would start to think of it as something they cannot count on to get services. That’s something destructive to internet businesses.”

While Monshipour added that such significant impacts require decision-makers to think twice before blocking internet sites, experts like Asteraky argued that affected people and businesses must ask authorities for compensations. He believes that if it is not met, the request for compensation could at least result in a reconsideration before taking similar measures in future.

Although the internet restrictions have eased compared to last week, it is not clear yet if the government's ban on Telegram will be temporary or become a permanent one as demanded by many conservative bodies inside the country.

Some have suggested that online businesses move to alternative social media, but cyberactivists say that moving existing businesses to other platforms will lead to big losses. Secretary of Internet Businesses Crafts Union Reza Olfat-Nasab has also said that more than 100,000 licensed online sellers will lose their jobs across the country if Telegram remains blocked.

The government's decision to curb the internet as a way to control the protests has put into question President Hassan Rouhani’s plan for creating some 120,000 jobs in the information and communications technology​ sector in the current Iranian calendar year, which ends March 20. Just a week ahead of the recent protests, Rouhani repeated his promise for free access to social media networks.

With increased uncertainties about the situations under which the government might suddenly chose to restrict or even shut down the internet in the future, many experts believe that this move would without a doubt make investors (both local and foreign) think twice before making any investments in the country's e-commerce industry.

“We launched our online business based on Rouhani’s promises,” Alireza said. “We are a group of five young people working together; three to four other people also work with us indirectly. We created jobs for ourselves and others without any support from the government. We didn't ask for their help, but now we expect them to at the very least not to destroy our business with these decisions.”