The move by the Iranian authorities to ban Telegram impacts not just access to information but also top political priorities such as job creation. 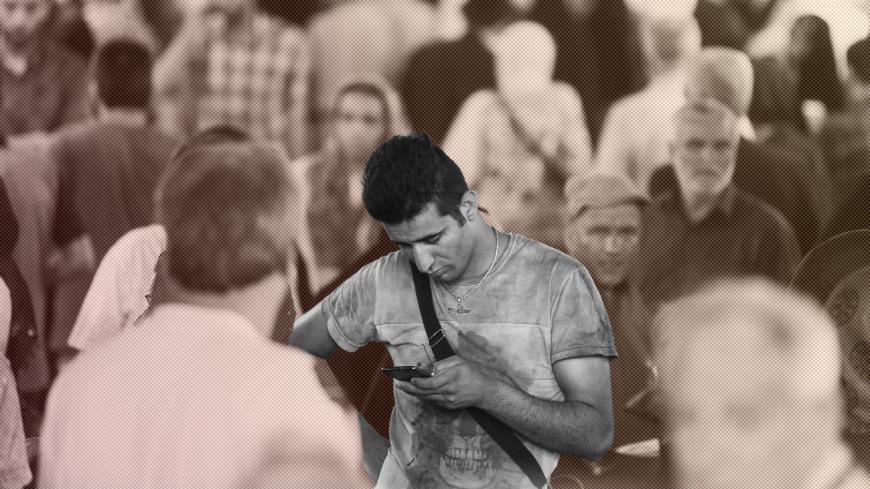 A man uses his smartphone to follow the presidential election results, at the Grand Bazaar, Tehran, Iran, May 20, 2017. - TIMA via REUTERS

The Iranian authorities have been grappling with how to limit the use of foreign social media apps in the country. On April 30, the Iranian judiciary ordered the filtering of Telegram against the will of the administration. While the political, security and cultural motivations behind such moves are clear, few seem to have paid much attention to the fact that each ban on technology-driven services incurs costs to the Iranian economy and leads to job losses in a country where generating employment is the top political priority. In this vein, it is important to examine the socio-economic and economic consequences of restricting social media apps and what the authorities need to understand to get their priorities right.

There are 40 million Telegram users in Iran, and they use it both as a messaging tool and a social media platform. For many Iranians, Telegram has become the main point of access to a wide range of information as well as a platform for small businesses, advertising and health-related services.

In a country that has continuously witnessed a clampdown on newspapers and other publications, the blocking of a virtual service like Telegram may not come as a surprise, but in economic terms, the banning of the popular app is more dramatic than the closure of a print media outlet. One key difference is obviously the feasibility of such a ban. Interestingly, a brief analysis of the judicial instruction to ban Telegram indicates that the judiciary instructed the Ministry of Information and Communications Technology to make it inaccessible inside Iran even with circumvention tools. From a technical point of view, this instruction amounts to the blocking of Telegram and all other routes that could facilitate indirect access through anti-filtering software. Technical experts agree that such a blockade would seal off many IPs, protocols and ports within the country’s internet infrastructure, hence undermining the backbone of many economic, social and cultural activities — including official government services. For this reason, the administration — particularly Information and Communications Technology Minister Mohammad Javad Azari Jahromi — has opposed this policy. As a result of such blockades, which have targeted Telegram as well as Twitter, many legitimate activities of economic, social and governance significance have been undermined. In other words, the damage to the country is not just of a social nature, but also strongly of an economic nature, going far beyond the small businesses that rely on communication through Telegram. Furthermore, the blockade compels users to utilize the services of virtual private networks, which may offer a good platform for espionage and intelligence activity by other countries. Therefore, the blocking of popular apps and web-based services could also be counterproductive from a security perspective.

Not all Iranian politicians agree with the restrictions on social media. Apart from President Hassan Rouhani and many ministers in his administration, a number of parliamentarians have also indicated their opposition. After the protests over December and January, Mohammad Kazemi, deputy head of parliament’s commission on judicial issues, stated, “A permanent blockade of social networks does not serve the country’s interests as many people earn their living through such platforms. … Depriving those persons who live off such networks will lead to other disadvantages, hence any restriction should be minimal and short-term [and] related to security concerns.”

It is not clear how many jobs have been created based on Telegram as a social media platform. Some analysts have estimated that 9,000 jobs would be lost as a direct result of the app’s filtering. However, the indirect impact could be much more severe. Initially, when the suggestion of filtering Telegram emerged, detractors claimed that connectivity on Telegram had facilitated the establishment of a number of startups and had created a total of 1 million jobs. Not all these jobs would be lost immediately, but many initiatives would be left unsustainable, leading to economic damages.

In addition to the loss of actual jobs and opportunities, the loss of social media will have a negative psychological impact on Iranian society. In the words of prominent actor Ali Sarabi, such actions induce a “sense of job insecurity” and also harm the field of arts and culture. A large number of tickets for cultural events are advertised and sold through Telegram channels, and the ban has already had a negative impact on the sales of such items.

Tehran's prosecutor general Abbas Jafari Dolatabadi has also realized the negative consequences of the ban on Telegram, saying, “If we would have banned it two years ago, it would have been easier.”

Apart from the limitations imposed on web-based businesses and public services, millions of Iranians are forced to pay for anti-filtering services, and some of those funds are spent abroad. This means that even more significant sums will leave the country because of the judiciary’s decision — capital that could be used to create jobs domestically.

Unfortunately, the clampdown on online freedoms has gathered pace after the recently announced US withdrawal from the nuclear deal, partly due to the fear of Iranian authorities that online activism will be used to undermine the regime's stability. What the regime as a whole fails to comprehend is that its stability depends on successful economic development and efficient job creation, and such limitations will amplify the social and economic ills of the country.

There is no doubt that the continued filtering of popular social media platforms will not only undermine public confidence in the regime as a whole, but will also hurt the country’s economic activities and will pave the way for additional funds flowing outside the country, to the detriment of domestic jobs and opportunities. One may thus argue that the hard-line political forces who are behind such restrictions engage in such policies to cause further social and economic regression in order to consolidate their own power. However, as the social protests of the past few months have underlined, Iranian society will demand increased economic efficiency and job creation — phenomena that clash with the current attitude toward online freedom.