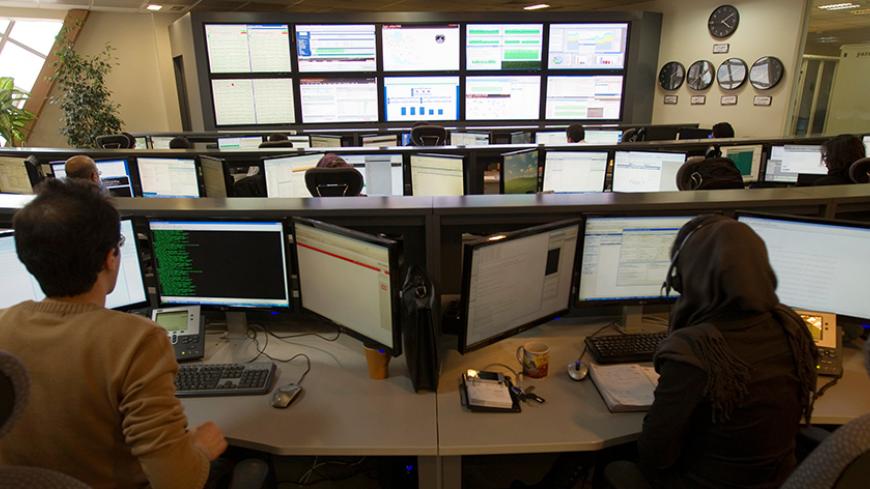 Iran continues to restrict access to US-based social media networks such as Facebook, YouTube and Twitter as well as many other websites considered immoral or against its national security. Late last month, even Telegram, a Russian messaging app with up to 20 million users in Iran — comprising 38% of its global traffic — came under threat of being blocked, too.

Fear of political unrest has long been stated as the main reason for the government’s Internet censorship policy. Yet, while political concerns remain significant, they no longer constitute the main motivation for restricting access to some websites. Tech-savvy young Iranians bypass censorship on a daily basis using a variety of anti-filtering technologies. Indeed, the key motivation for the Iranian authorities’ restrictive Internet policy is economic in nature. These days, social media sites and the Internet in general are increasingly being looked at through an economic lens in Iran. This shift is the result of two main developments: first; the government’s relative success with containing security risks presented by the web, and second, an increasing realization of the business potential of the Internet — including social media.

Iran’s security apparatus has been accumulating the skills and expertise to limit the security risks presented by social media ever since the protests in the aftermath of the disputed 2009 presidential election.

In terms of infrastructure, Iran has separated the global Internet from domestic traffic by implementing a national information network. In critical moments, this control enables the authorities to switch off global Internet access without interrupting the domestic network on which day-to-day affairs are run. Having parallel web infrastructure is critical, considering Iran’s increasing dependence on electronic services. For instance, the total electronic financial transactions in Iran in a 24-hour period peaked at 150 million this year on March 19. Consequently, Iran has transferred a major portion of servers and databases from foreign to local firms, resulting in an increase in domestic Internet traffic — from 10% to 30% of overall traffic in May. There are plans to increase domestic traffic to 80% in the near future.

In regard to social media, Iran has been moving in two parallel directions. It has mastered data-mining techniques, enabling it to find potential troublemakers who use the web as a tool for stirring political unrest. This expertise has proven effective, as attested by the tracing and capturing of several cells of online political activists in past years. Iran has also established several organizations to produce online content and fight the political opposition’s activities on the web. These measures have contained short-term security risks to a large extent. However, long-term social and cultural transformations resulting from exposure to online media still remain a concern for the Islamic Republic’s elites.

With many immediate security threats curbed, the Internet is increasingly being seen as a potential source of national income that should be reserved for domestic companies. While there is no official polling on the topic, anecdotal evidence suggests that more and more people in Iran believe that global social media firms are fundamentally profit-driven businesses. Thus, there appears to be an objection to foreign control of domestic electronic markets, as the former does not abide by the country’s business laws and regulations and does not pay taxes for revenues generated by Iranian users. In this context, the Iranian government’s Internet censorship serves more of an economic than a political objective.

The restriction of access to certain websites follows a simple economic logic: increasing the trade barriers for international companies to protect domestic IT enterprises. In this context, filtering effectively functions as an import tariff. Since import tariffs raise the price of imported goods and decrease demand for them, restrictions on international websites could make it easier for domestic IT entrepreneurs to compete. This matches the model adopted by China, which protects its market from international IT companies, resulting in the successful expansion of its domestic firms. For instance, Chinese search engine Baidu holds an 18% share of the global search engine market and generated a total revenue of some $8 billion in 2014. This success mainly owes to China’s blocking of Google and other international Internet giants. The same policy has been adopted in Iran.

The result has been the establishment of Iranian versions of almost all international online enterprises. For example, DigiKala, a homegrown version of Amazon.com, expects to increase its staff from 1,100 to 1,500 by the end of this year, and is now worth $500 million, its owners report. The company delivers orders within four hours in Tehran, mimicking Amazon’s Prime Now service. Aparat, a free video-sharing service, is another Iranian success story with 5 million videos watched daily on its website. There are similar web-based businesses in almost all other fields. It’s hardly conceivable that these successes would have been possible without the blocking of international alternatives. Restrictions have in this vein been proven to be a success — at least for Iranian IT entrepreneurs. Indeed, as of today, international websites account for fewer than 10 of the top 100 websites in Iran. The remaining sites are all domestic, and some of them — such as DigiKala — are major enterprises.

However, the Iranian search engine and email markets are still dominated by US-based companies such as Google and Yahoo. Does this mean that Iran plans to block Google? The answer is probably that it depends on the availability of a reliable alternative. Iran threatened to block Gmail in February 2010, but the company’s services remain accessible to date. The Information Technology Organization of Iran initiated three research projects in August 2010 to develop national search engines. Parsijoo, one of these search engine initiatives, was officially launched just last week by Mahmoud Vaezi, the minister of communications and information technology. Parsijoo is said to have indexed 1 billion webpages. If it turns out to be reliable, Iranians can expect interruptions in Google services, though such blocking may proceed in stages to give local developers time to bridge potential technical gaps. If the Iranian search engine is not sufficiently reliable, a partnership with Yandex, the Russian search engine currently opening shop in Iran, might be another option.

Now more than ever, Iran is determined to break the hold of international companies on its lucrative online market.