How Iran’s startup sector can realize its potential

Iran’s startup scene is rapidly growing and holds great potential, but shortcomings remain and a failure to address them will undermine the sector. 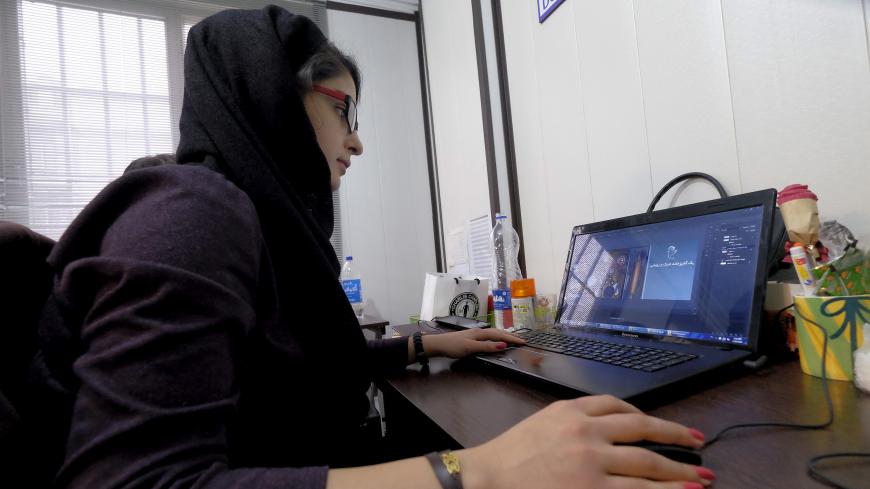 Experts agree that the promotion of knowledge-based startups would be a suitable remedy to address the intensifying unemployment in Iran. In fact, with youth unemployment at 27.5%, the Iranian authorities need to look for opportunities to create jobs for the country’s young, educated and tech-savvy population. While in recent years a considerable growth has been recorded in information technology (IT) startups and related investments, the actual level of activity is well below the potential that this sector offers.

To be fair to the Iranian authorities, much has been done in the past few years in order to address the more technical issues faced by IT startups. Higher educational realities have always offered good opportunities in technical fields and in recent years they have been further expanded to address the needs of knowledge-based enterprises. Furthermore, most reputable public universities have engaged in creating incubators and accelerators to promote the establishment of startups. This endeavor has been complemented by private sector initiatives and through various events and programs, both official and business sector entities have tried to create a space for greater interaction between the main stakeholders, i.e., young entrepreneurs, municipal and national officials and potential investors. Nonetheless, shortcomings remain and a failure to address them will undermine the country’s potential in this sector.

An analytical approach to the challenges faced by startups shows that some are general and related to the business and political culture in the country, but some are specific to the field of IT and new technologies.

The first general burden for any new enterprise in Iran remains the country’s business climate. Partly caused by external sanctions, but mainly a consequence of the security driven approach to any business activity, the current rules and regulations for starting an enterprise are a key impediment. Reza Jamili, an official at the Iran Chamber of Commerce, Industries, Mining and Agriculture lists the challenges faced by Iranian startups as follows: Distrust from the traditional business community, officials viewing startups within security parameters, an inefficient and ignorant bureaucracy, filtering of the internet and legal ambiguities. To address these impediments, Jamili suggests to promote the establishment of professional guilds that could support IT startups in the process. However, such an undertaking would also face political hurdles in a country where the government and other state-reliant networks try to control all affairs including professional guilds. One of the most inhibiting factors is the government’s insistence on issuing “licenses” for all business activities. Licenses and the need to extend them regularly have become a stick that the government holds over businesses to control their activities.

Incidentally, government officials are fully aware of these shortcomings. They just seem incapable of addressing them efficiently. According to the Office to Promote Entrepreneurship, a unit within the Ministry of Cooperatives, Labor and Social Welfare, there are five major challenges that startups in Iran face: deficiencies in intellectual property (IP) and copyright laws, lack of sufficient venture capital in the market, shortcomings in the technological infrastructure needed for IT startups, complexities in the business environment and weaknesses in startup ecosystem in the country. Some of these impediments, such as deficiencies in IP laws, would require new legislation and regulations that must become a priority for the authorities, if they are serious about realizing the mentioned potential. Notwithstanding, one needs to recognize that the rather traditional bureaucracy and political elite suffer from a serious knowledge gap when it comes to understanding the needs of the modern economy.

There are also a number of specific challenges that are not unique to Iran and exist in most developing economies. These include a lack of attention to the actual needs in the market, cash flow shortages, management deficiencies and a failure to understand the competition. At the same time, one limitation is also that many of the games, apps and software programs that are developed in Iran are simply replicas of Western products without taking into account the cultural nuances in the Iranian market. In fact, as one of the Iranian game developers told Al-Monitor, the failure to introduce cultural nuances into games or other products will be a recipe for failure. In addition to the mentioned burdens, according to IT startup experts, there is also a lack of specialized venture capital to support capable entrepreneurs. Though progress is being made on all levels, there is need for a more institutionalized approach to the sector. At the same time, sanctions as well as a restrictive business environment have created limitations in the cooperation of international specialized companies and Iranian entities and investment firms. This leads to a relative disconnect between international and Iranian investment flows that could fill some of the financial and technological gaps in the market. The promotion of greater interaction between international venture capital and investment companies and domestic entities would also pave the way for the internationalization of some of the Iranian startups in due course.

Another category of obstacles to the development of successful startups can be found in Iran’s legal framework beyond the issue of IP rights. In a country where economic activity has traditionally relied on trading commodities, many laws are not fit to address products such as software applications and digital distribution. Even laws relating to contracts and payments fall short of the needs of a digital economy.

As argued in an Al-Monitor article published in June 2018, the technological infrastructure is one of the key issues in promoting IT startups. Here also, there is much to be done by the authorities to provide internet and communications infrastructure that is not only needed for the development of IT solutions, but also for marketing and utilization of the actual products. Furthermore, the promotion of relevant online products and services could pave the way for the expansion of other economic sectors such as trade, tourism, financial services, and so on. This is why established entities such as banks and insurance companies have invested heavily in related startup activities in their sectors. However, as long as the government applies ideologically and politically driven restrictions on internet and telecommunications infrastructure, major capacities in the country will remain unutilized.

There is little doubt that the empowerment of knowledge-based startups will not only create needed jobs, but also contain the existing phenomenon of brain drain. According to statistics published by the Ministry of Information and Communications Technology, each startup has created a minimum of seven jobs in Iran, which is considerable in a country that is facing a massive unemployment issue.

Consequently, the country’s officials need to redefine their priorities and remove the obstacles in the way of promoting relevant startups. This is a low-hanging fruit in the government’s efforts to create jobs and generate domestic capacities. Some processes will take longer than others, but a failure to act will further depress the Iranian economy and lead to negative socio-economic consequences.