Why Iran’s service startups scream for workers despite jobs crisis

Despite a national jobs crisis, Iran’s online service providers are finding it hard to hire staff on account of a combination of old mentalities toward employment and the novelties of new working conditions. 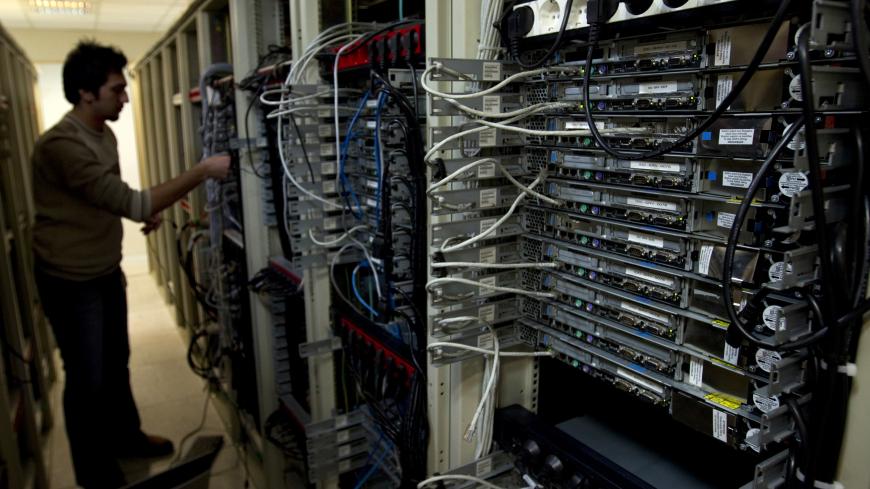 To address the shortage of jobs in the country, Iran’s government has banked on the thriving technology sector. Yet, despite the alarming unemployment rate, fledgling service sector startups have difficulties with hiring unskilled workers. In this regard, traditional mentalities and new working conditions should be blamed.

In July 2018, when Habib Afzali and his business partner established Carno — an on-demand service that allows customers to order waterless car washes at their locations of choice — they thought their biggest problem would be to create enough demand to secure a safe profit margin.

But the problems that emerged were unexpected. Soon they reached a point when orders they received outnumbered the employees’ daily missions. “We have to cancel nearly half of our orders each day. We do try to keep our customers satisfied, but this is affecting our revenue,” Afzali, Carno CEO, told Al-Monitor.

They tried various approaches. At first, they set fixed monthly salaries, which is a common type of employment contract in Iran. Before the app was launched, they hired a small team. But most of the employees were not satisfied with the working conditions and left. “They preferred doing easier jobs at an industrial town with payment close to that of our company, but with fewer working hours,” Afzali said. Also, workers mostly came from the poorer, southern parts of Tehran or the outskirts of the capital. Therefore, they found it difficult to commute every day to the wealthier, northern parts of the city, where most of the customers are located, he said.

Meanwhile, Carno started to cooperate with other new-emerging service sector applications, such as Achareh, which offers car care among several other services it provides. “As a result, we started to receive a mass of orders that created a major challenge for us,” Afzali told Al-Monitor. The company saw an increase in the number of subscribers to nearly 4,000, including online users and those using the service via their smartphones, he said.

“We posted job ads on several career and advertisement websites. At the same time, we tried to increase our salaries to encourage our employees to stay. This was helpful to some extent. But we noticed a drop in productivity,” he said. Therefore, the company decided to pay commission to its workers as a strategy to increase productivity, Afzali added. “This way, we were able to take care of an acceptable number of daily orders, even though our need for a workforce is still in place.”

Iran’s unemployment rate stood at 11.7% during the autumn of 2018, according to the Statistical Center of Iran. The same figures show 27.5% of Iranians who are between 15-29 years of age have been jobless during that period. To reduce that number, the government aims to exploit the enormous entrepreneurial potential in the tech and startup sector.

Although Iran has harmed internet freedom considerably by blocking social media websites and online messaging platforms, the government has helped increase internet speeds and facilitated access to mobile data — most noticeably after President Hassan Rouhani took office in 2013. His administration previously set a target of creating 100,000 jobs in information technology and telecommunication sectors in the Iranian year ending March 21, 2019.

But the problems faced by job seekers are not restricted to finding open positions. Those who are successful in finding employment have been demanding legislative backing to protect their job security, criticizing short-term contracts that have been gradually replacing life-time employment over the past decades. Although in the absence of independent labor syndicates, workers have been forced to accept these conditions. Still, they demand assurances for their financial security.

“What we couldn’t offer to our employees was insurance,” Afzali said. “This is the main matter of concern for many Iranians. They prefer to work in a company that provides social security, health insurance and other benefits.” When these benefits are not included, he added, employees prefer to work for bigger startups with more flexible conditions — namely well-known ride-hailing apps Snapp and TAP30.

In recent years, Iran’s startups and e-commerce companies have flourished. Young, educated Iranians seized the opportunity when international sanctions along with limited engagement between businesses in Iran and those abroad kept the competition out of the untapped technology sector. This comes as two-sided marketplaces such as Snapp and TAP30 have had a substantial share of the jobs that were created by startups.

“The conditions offered by businesses like Snapp have lured many job seekers,” Arash Khosravian, digital marketing manager at package delivery app Snapp, told Al-Monitor. Users on the supply side of these businesses enjoy flexible working hours, he said, while workers are not saddled with the limitations they would face if they worked directly with an employer.

Nevertheless, the old mentality remains among the majority of Iranian job seekers. The characteristics of the new business model do not allow startups to use traditional working arrangements, which include the additional benefits workers desire.

“The employees sometimes don’t see this as an official full-time job. Their social security is not covered, and they don’t receive additional year-end benefits as they’re not officially hired,” Khosravian said, referring to relatively large bonuses commonly paid on the occasion of the Iranian New Year. “Although people can earn a very good income, sometimes they are not satisfied with this employment method.”

Many tech firms, including TAP30, Snapp and similar startups, act as go-between platforms that connect service providers to customers. Those companies’ earnings come from a percentage of the service providers’ income.

Many employees see working for these startups as a second or temporary job, he said, adding, “As they work for a platform, they often look for a job with a fixed payment and an official contract.”

“I think it is more of a cultural issue,” he said. “Living in Iran, [beginning at birth], you’re told by your parents that you should find a reliable job with a stable monthly payment and social security to know you will keep receiving payments when you’re retired. The new jobs do not fit into the deep-seated cultural standards,” said Khosravian.

The number of those earning a living via the likes of Snapp and TAP30 has been on the rise, Khosravian said, indicating a will among workers to change old paradigms. Meanwhile, new startups rely on the creativity of tech-savvy entrepreneurs to come up with workarounds to tackle their many issues, including those related to human resources.