A joint statement from the foreign ministries of 12 European countries said the planned settlement expansion undermines prospects for peace. 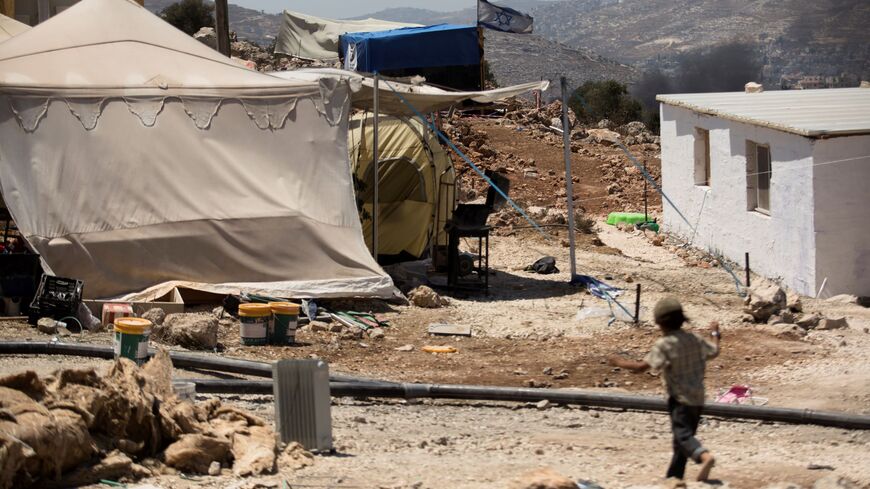 A Jewish Israeli settler boy walks through the recently established outpost of Evyatar as smoke rises from the nearby Palestinian village of Beita on July 1, 2021 near Jabal Subeih, West Bank. According to a regional council, residents of the illegal settlement agreed to vacate the site in a deal with the Israeli government that will prevent the razing of its structures. - Amir Levy/Getty Images

A dozen European countries on Thursday called on Israel to reverse plans to build thousands of new houses in the West Bank, in a joint statement that followed a strong rebuke of Israel’s actions from the Biden administration.

On Wednesday, an Israeli Defense Ministry planning committee advanced plans for construction of some 3,000 settler homes in the occupied territory. The joint statement from the foreign ministries of Belgium, Denmark, Finland, France, Germany, Ireland, Italy, the Netherlands, Norway, Poland, Spain and Sweden said the move undermines prospects for a two-state solution.

“We urge the government of Israel to reverse its decision to advance plans for the construction of around 3,000 settlement units in the West Bank,” the statement said. “We reiterate our strong opposition to its policy of settlement expansion across the Occupied Palestinian Territories.”

The Palestinians envision the Gaza Strip and West Bank as part of a future state, with East Jerusalem as its capital. More than 440,000 Jewish settlers currently live in the West Bank on territory captured by Israel in the 1967 war.

Most of the international community views the settlements as a violation of international law that threaten the chances of a two-state solution to the Palestinian-Israeli conflict.

“We call on both parties to build on steps taken in recent months to improve cooperation and reduce tensions,” the European countries said.

Israel’s move also drew condemnation from its closest ally. In a departure from the administration’s usual rhetoric, State Department spokesperson Ned Price said Tuesday that the US is “deeply concerned” by the first Jewish settlements approved since President Joe Biden took office. Price described the planned expansion as “completely inconsistent with efforts to lower tensions and to ensure calm.”

Last week, Price said Israel did not give the US advance notice before labeling six Palestinian civil society groups as terrorist organizations.

“We believe respect for human rights, fundamental freedoms and a strong civil society are critically important for responsible and responsive governance,” Price said.