Fancy buildings and growing budgets at Turkey's Communications Directorate have failed to improve Erdogan’s global image. Growing rumors about his health and discussions over possible transition figures are a red flag for Turkey’s economic and political welfare. 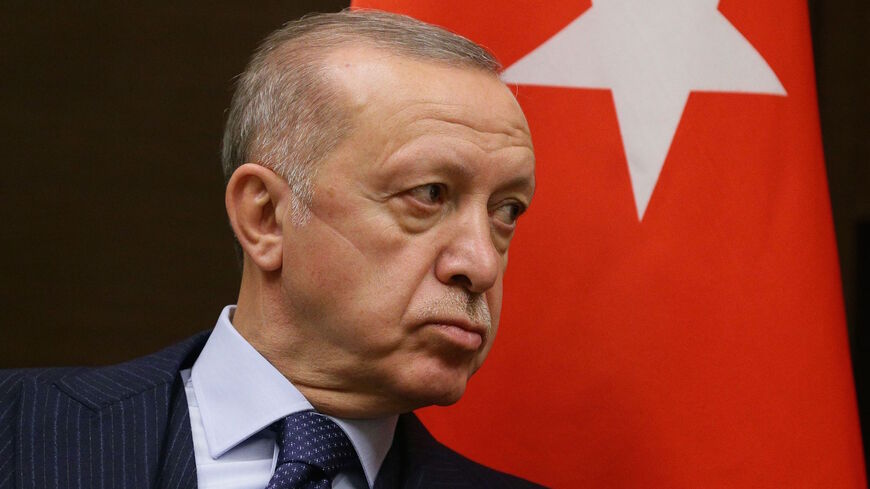 Steven Cook published a piece in Foreign Policy about how Turkish President Recep Tayyip Erdogan is too sick to continue his job, discussing who might be the potential replacement. This piece, published earlier this month, generated both international and domestic reactions. Ankara's Communications Directorate launched a campaign on all social, print and visual media outlets about how young, fit and healthy Erdogan is after all.

The day after Cook’s piece, Communications Director Fahrettin Altun posted a video from his Twitter account showing Erdogan playing basketball with his colleagues. He announced a longer version of this game would be shared from Erdogan’s official account. For those who are not on social media, national television channels posted clips focusing on Erdogan’s love for sports and his career as a soccer player. Pro-government journalists penned detailed columns recounting the details of the ball game. All these efforts have magnified the questions Cook raised about Erdogan’s physical health.

Deputy Chairman of the ruling Justice and Development Party (AKP) Numan Kurtulmus also challenged Cook’s piece directly by claiming some power groups were trying to pull Turkey backward. He said neither domestic nor foreign “tutelage centers” will decide the future of Turkey. Other unidentified AKP officials told the press Erdogan was working 24/7 and claims about his health are “perception engineering.”

Ankara utilized two contradictory and equally ineffective techniques to counter the report. One is the method of lashing out against the United States, the CIA, Gulen movement members, dissidents and all others who have dared to question the president’s health. The other is to try to prove Erdogan is young, full of energy and fit to lead through a rather intense yet odd media campaign focusing on Erdogan’s athletic figure and love for sports.

Indeed, there are a couple of perplexing points. Cansu Camlibel, editor-in-chief of independent news outlet Duvar English, posted a series of tweets from her account saying Cook’s analysis on Erdogan’s health was not that interesting. She explained that mishaps of Erdogan’s physical performance are frequently discussed in public, but none of the pro-government TV channels could report the matter. Camlibel’s point is crucial. When there is no verifiable information but only videos of Erdogan that show his hands holding the microphone are shaking unstoppably or he can barely walk, or he dozes off in the middle of his own speech in front of cameras, rumors regarding his health are inevitable. On independent media platforms, Erdogan’s health has been discussed long before Cook’s analysis.

Cook, for his part, told Al-Monitor he wrote the piece "because any discussion in Washington about Turkey's 2023 election games out President Erdogan's prospects for re-election. This seems reasonable, but given [videos that emerged calling into question his health] and other suggestions he may not be well, I began wondering about Erdogan's health and thought the foreign policy community shouldn't assume the president will be on the ballot."

"I lived through this with Egypt, and none of the favored scenarios ended up aligning with reality. The piece was positively received in terms of forcing people to think about different possible futures," he added.

After Turkey switched to the presidential system, the Communications Directorate was established in 2018 under the president’s office. Fahrettin Altun has since been the director, and he has provided no clarification about Erdogan’s health. More interestingly, all those videos that unleashed the rumors about Erdogan’s health were recorded and distributed under the control of his directorate. They are pre-planned events, not shock-and-awe instances where the paparazzi caught Erdogan unprepared.

The directorate’s headquarters in Ankara has 27 floors; this too has been under scrutiny. A pro-AKP pundit who asked to remain anonymous joked that “the taller the Communications building got, the more fiascos it produced for Erdogan.” Several other critics of Altun in Ankara question how he could allow one mishap after another. Altun’s aggressive style has proved rather ineffective in improving Erdogan’s image.

Another question is why did Ankara choose to focus on Cook’s piece and amplify its impact all over Turkey? There are multiple commentaries all around the world daily discussing the post-Erdogan world. For example, during Erdogan’s Sochi visit on Sept. 29 — two days before Cook’s piece — Russian newspaper Pravda posted a searing op-ed calling Erdogan a “poor fellow” who “has no chance of being re-elected." Yet the article has received no attention from pro-government media outlets.

When the flow of verifiable and transparent information is blocked, public information relies heavily on rumors. One of these rumors is that Erdogan is looking for a graceful exit using his health problems as an excuse, and these videos were disseminated to prepare the public. Health problems have been the justification for his son-in-law Berat Albayrak’s abrupt resignation as well.

Aykan Erdemir, senior director of the Turkey program at the Foundation for Defense of Democracies and a former member of Turkish parliament, told Al-Monitor, “There are no signs that Erdogan is looking for a graceful exit from politics by using health reasons as a pretext. On the contrary, Erdogan appeared in a heavily edited propaganda video pretending to play basketball competitively with other AKP officials to prove that he is capable of running again for the presidency. Lacking any viable successors among his children or sons-in-law, Erdogan is likely to cling to power as long as he can, even if he is no longer physically or mentally fit to do so.”

A senior AKP official who requested anonymity seconded Erdemir: “The very reason Erdogan switched to the presidential system was to create a unitary executive. He eliminated the prime minister post because he always feared the second man could replace him one day. There is no second man left in the system. Even with the new electoral system (soon to be proposed), AKP loses majority in parliament, Erdogan will not leave the Palace. He will still be the president.”

Seasoned independent journalist Yavuz Oghan has observed the government has no more credible promises to make. They repeatedly focus on the “survival of the country” while ignoring the drastic collapse of the economy, skyrocketing inflation and widespread food insecurity. In every political, economic, ecological or social problem the country faces, the government takes no responsibility but rather complains and blames others. For example, if the food prices are high, it is the supermarket’s fault, not that of the badly managed economy. The government works for its own survival at the expense of the people.

We cannot know how serious Erdogan’s health problems are, how long he will be fit to serve as president or who he wishes will succeed him. However, the discussion about his health flamed by men in his inner circle tarnished his reputation as a strongman. And that is crucial when the political system rises on one man’s shoulders. What does it tell us about Turkey that it finally came to the point where we hear about the president's health problems and potential successors from foreign media outlets?

Erdemir said, “The fact that Turkey’s politics gets discussed these days through Erdogan’s health or the succession intrigue within his inner circle shows that Kremlinology has replaced political science as an apt tool for analyzing Ankara, reflecting the extent to which the country has drifted away from democracy and the rule of law."