Journalism in Turkey is choking under a censorship mechanism in which newsroom managers, leaders often act as “government commissars.” 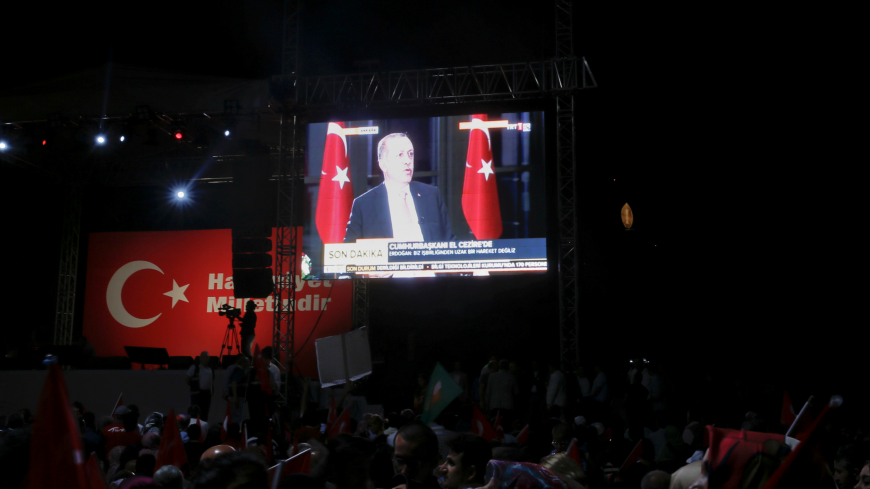 Turkey’s media is gasping for breath, choked by Orwellian pressures that have reached an unprecedented level since anti-government protests in 2013. With critical journalism largely subdued and many journalists in jail, an expansive web of government control has come to surround what was once Turkey’s dynamic mainstream media.

In a striking illustration of how encompassing the control has become, Muharrem Ince, a former presidential candidate from the main opposition Republican People's Party (CHP), stormed out of a live interview May 29, furious that the channel, Haber Global, interrupted the interview several times to broadcast a speech by President Recep Tayyip Erdogan at an event commemorating the Ottoman conquest of Istanbul. “Turkey will get rid of this fascist order. Thirty-five channels are already broadcasting Erdogan’s speech,” Ince roared before leaving the studio. “The Republic of Turkey is not Erdogan’s property. I’m not scared of Erdogan,” Ince said.

The incident was emblematic of how even those willing to give voice to the opposition are forced to toe the line in a climate where the mainstream media has ceded its independence. According to insiders, the government is employing control in three main areas — in the selection of commentators and program guests, the issues that are covered and the framing of the content.

Independent journalists and even professionals such as doctors, lawyers and engineers have come to be placed on blacklists of people the government wants kept off the screen. Ankara began to tighten its grip on the media after the Gezi Park protests in 2013, which started as an environmentalist demonstration in Istanbul and morphed into nationwide anti-government protests. The pressure grew further after the June 2015 elections in which the ruling Justice and Development Party (AKP) lost its parliamentary majority. In 2016, Ankara shut down 12 TV channels that had been critical of the government, leaving almost no space for a balance of voices on the screens.

Leaked audio recordings have shown that Erdogan himself would call TV executives to scold them or give instructions on coverage. The control drive culminated in 2018, when the pro-government Demiroren business group bought Dogan Media, Turkey’s largest media network, which included the daily Hurriyet (known as “the flagship” of the Turkish press) and the CNN Turk news channel, among others.

Five senior editors recounted their experiences to Al-Monitor, offering a glimpse into how the government keeps newsrooms in check.

According to the sources, who spoke on condition of strict anonymity, the Gezi Park protests marked a turning point. In earlier years, even channels that were already under government control would brave controversial issues at times. After the protests, however, all channels felt Ankara’s pressure in full force. TV managers — many of whom were picked by the government to replace veteran journalists — began to function as “party commissars” as a communication network developed with Ankara on what people and what issues could make it to the screen.

On the government side, AKP deputy chairs Mahir Unal and Omer Celik and the president’s Cabinet chief, Hasan Dogan, and communications chief, Fahrettin Altun, are reportedly the main figures in control. Ministerial advisers are said to be instrumental down the control ladder, calling managers to give instructions on coverage or berating them when certain coverage is deemed insufficient.

As for editorial fine-tuning, inviting top TV and newspaper managers to Erdogan’s plane on his official trips stands out as the most effective tool. Those who make it to the presidential aircraft are already seen as “ready to accept instructions,” according to the sources. The trips also allow Erdogan to further get the coverage he wants. In a striking reflection of the control, newspapers often run identical headlines or publish columns with similar content.

Also, commentators and other TV guests are being categorized, with some blacklisted and others labeled as objectionable, inadequate or acceptable. According to the sources, the blacklisted names have come to outnumber the acceptable ones.

Commentators who go hard on government policies on one channel often get put on the blacklists of other channels. The lists have expanded so much that fewer than 10 “approved” experts remain for scores of channels to discuss key matters such as Turkey’s involvement in Syria and Libya, according to the sources.

The pro-Kurdish Peoples’ Democratic Party (HDP) has also found itself banished from the screens since the June 2015 polls. Free debate on the Kurdish conflict and its settlement is now a red line. The HDP rarely makes it to the news in a context other than its alleged “terrorist links.” Even the few channels close to the CHP have come to avoid hosting HDP figures.

The control over TV guests has extended even to AKP ranks. According to the sources, some AKP members are being crossed off either because they are considered ineffective by senior leaders or because of the rift that has emerged in the party.

AKP executives also try to ensure that party representatives are not pitted against powerful opposition panelists, asking channels to change guests so that “their man is not smashed” in the debate, one of the editors told Al-Monitor.

Former AKP supporters such as writers for the daily Karar, and figures close to former Prime Minister Ahmet Davutoglu and former Deputy Prime Minister Ali Babacan, who quit the AKP last year to launch their own parties, have also become the subject of screen bans, according to the sources.

Yet turning into a full-fledged government mouthpiece seems to backfire. The insiders point out that the ratings of news outlets such as CNN Turk have nosedived, prompting a degree of flexibility to spice up debates with a few “reasonable” oppositional figures.

The COVID-19 pandemic has also led to a relative relaxation for newsrooms as they focus on health issues rather than politics. Even some “objectionable” experts criticizing the government’s measures have made it to the screens, contributing to better ratings.

But the outbreak coverage has not been free of interference. Broadcasters have been required to highlight positive developments such as Turkey’s medical aid to other countries and the number of people who recover rather than die from the disease.

On other topics, the red lines have remained intact. Many newsrooms have ignored recent attacks on the HDP, threats to minority groups and the May 31 anniversary of the eruption of the Gezi Park protests.

With most professional editorial staffers already purged, this state of affairs encounters little resistance in the newsrooms. Some staffers are actually irked, but have no option but to stomach things to keep their jobs.

Often the government no longer needs to interfere as the instructions become internalized and self-censorship comes into play. For example, everyone knows by now that not interrupting other programs to broadcast speeches by Erdogan or AKP heavyweights has consequences. TV guests are reminded of limits before going on screen. In the event of critical developments, even well-established channels often wait to see how government loyalists present the news before following suit.

Faruk Bildirici, a veteran journalist who served as the readers' representative for Hurriyet until the paper was taken over by Demiroren, confirms the accounts of the insiders.

“In the past, [TV channels] had lists of commentators who would be invited depending on their expertise. Under the AKP, however, lists have emerged about who cannot be invited. The blacklists became so long over time that they outnumbered the other ones,” Bildirici told Al-Monitor.

According to Bildirici, the role of “government commissars” is played mostly by editors-in-chief or Ankara representatives. “People favored by the palace are being appointed to those positions in the first place,” he said, referring to the presidential office complex.

He went on, “There is a line of control extending from the palace to the media. … It began through rewards such as invitations to trips and receptions and … grew into a line of instructions after the mainstream media came fully under government control. Initially, the demands were about withholding or retracting a specific story. Now, [media outlets] are told how to present the news and even receive readymade news stories.”

Bildirici added, “The chain of instructions begins from Fahrettin Altun or Hasan Dogan and is passed on [to media staffers] via editors-in-chief or Ankara representatives. There is even competition in the media to be part of this chain.” 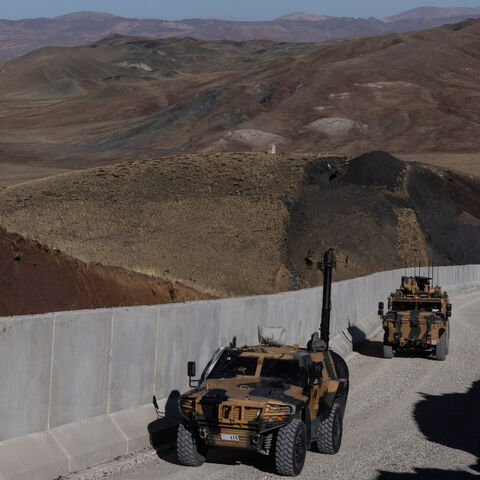