Prime Minister Naftali Bennett and his Cabinet are hard at work to upgrade the Abraham Accords for normalization, and extend them to more countries in the region. 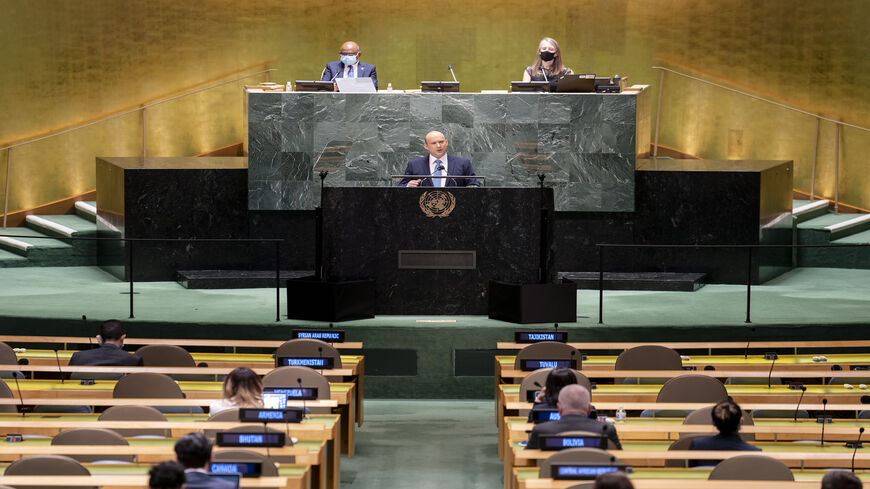 The normalization agreements reached August 2020 between Israel and the United Arab Emirates (UAE), Bahrain, Morocco and Sudan were achieved under the former Israeli government and the former US administration. Since then, leadership has changed in both Israel and the United States. But are the Abraham Accords of last year about to expand soon, despite the change of governments? Are additional Arab and/or Muslim states in the Middle East or on its periphery mulling whether to join in?

Judging by the buzz in the Israeli corridors of power, the answer is “yes.” Apparently, other countries are on the fence, one foot there, one foot here, trying to decide in which direction to jump. Are we seeing a maturation of the normalization process and the future expansion of the circle of peace around Israel, or simply a nonbinding flirtation with few prospects? Hard to say at this point.

On Sept. 15, Israel marked the first anniversary of the signing of the Abraham Accords in Washington, the diamond in the crown of thrones placed on the head of former Prime Minister Benjamin Netanyahu in the waning days of his rule. His successor, Prime Minister Naftali Bennett, who had not referred explicitly to these agreements until now, mentioned them in his Sept. 27 speech at the United Nations General Assembly meeting. Shortly after Bennett’s return from New York, Foreign Minister Yair Lapid flew off on a historic visit to Bahrain, where he met with the king and top leaders Sept. 30.

Behind closed doors, intensive work is underway to upgrade the agreements or bring additional partners on board. Bennett issued the first hint of this under-the-radar activity on the UN podium. After referring to the “Abraham Accords that normalized our relations with the United Arab Emirates, Bahrain and Morocco,” he added, “more is to come.” He did not elaborate, but prompted a wave of rumors.

Israeli diplomatic sources say these rumors are grounded in facts. Israel is conducting extensive contacts, including top-level talks, with several additional states, but these are in a real bind. On the one hand, they are looking on with envy as bilateral trade between Israel and the UAE surges and as Israel bestows intelligence information and tools on its new partners (albeit somewhat stingily). On the other hand, public opinion in those states does not always support rapprochement with Israel, and along with the prolonged and seemingly hopeless stalemate in Israeli-Palestinian negotiations does not augur well for a positive answer.

Earlier this month, the Institute for National Security Studies think tank (INSS) held a conference to discuss the agreements, with the participation of former Israel Defense Forces Chief Gadi Eisenkot, former national security adviser Meir Ben-Shabbat, Regional Cooperation Minister Issawi Freij and other senior figures. Addressing the conference, Freij offered another hint of these unfolding developments, stating that some states in the region are still sitting on the fence and waiting to see what the agreements yield. Freij said these states are interested in ascertaining that the agreements do not serve one side only. “If we succeed in anchoring these agreements and taking advantage of the positive momentum, many countries now on the fence will lean in our direction,” he noted.

This is exactly what Lapid was doing on his Bahrain visit. The indecision shared by these states in the region does not relate only to the economic-military fruit of such a rapprochement or to the festering Palestinian problem. Other issues, far more strategic in nature, also project on their thinking. These matters have to do with two other countries — one in the region, the other not. Iran is obviously the elephant in the room. The United States is in second place. The first is deepening its entrenchment in the Middle East, accelerating its progress toward military nuclear capacity and storming other bastions in a bid to expand its influence. The second is abandoning the region and leaving its rulers to face the Iranian threat on their own.

Israel thus remains the only powerful anchor. It is not going anywhere and is keeping Shiite progress in check. Eisenkot, currently a senior research fellow at the INSS, said the Abraham Accords are being reenforced by two highly significant events: the adversarial Iranian position and its rush to obtain advanced nuclear capacity, and the US pullout from Afghanistan, which signals a smaller US role in the Middle East and does not bode well.

According to Eisenkot, these developments point to a poorer, more polarized Middle East, which will perhaps interest the world less and less, especially given the decline in global dependence on Middle Eastern oil. Given this state of affairs, he believes many states in the region will seek to create a significant center of gravity allowing them to leverage their power and balance Iran’s influence. This center of gravity would rely mainly on Israel’s capabilities and its links with the United States.

The US administration is well aware of this development and its implications. The damage wrought by the panicked Afghanistan withdrawal to US prestige, its image and its deterrence is still fresh in the minds of President Joe Biden and his staff — the more so after Senate testimony this week by Joint Chiefs of Staff Chair Gen. Mark Milley who called the move a “strategic failure.” The Americans are therefore encouraging this trend, which dates back to President Donald Trump’s administration, and urging Arab and Muslim states to normalize ties with “little America,” i.e., Israel, which American friends often dub “our largest aircraft carrier.” This is all that’s left to do.

Can Israel under Bennett and Lapid leverage this situation and expand the circle of peace and normalization around it? That is unclear, but it is investing considerable efforts in the task. An additional state or two, such as Saudi Arabia, Kuwait or Tunisia joining the circle of peace would greatly bolster Bennett’s shaky domestic standing and provide Lapid with substantial credit. Nonetheless, as all the regional actors know, Middle East upheavals could sentence this progress to an ignominious burial without advance warning. A significant wave of violence in the West Bank or another clash with the Gaza Strip (the next round is forecast to be far more violent than previous ones) could remove the issue from the agenda. All that remains is to do what the Middle East does the most: wait, hope and see.