Libya remains a major departure point for people seeking to irregularly sail to Europe, but the trip can be deadly. 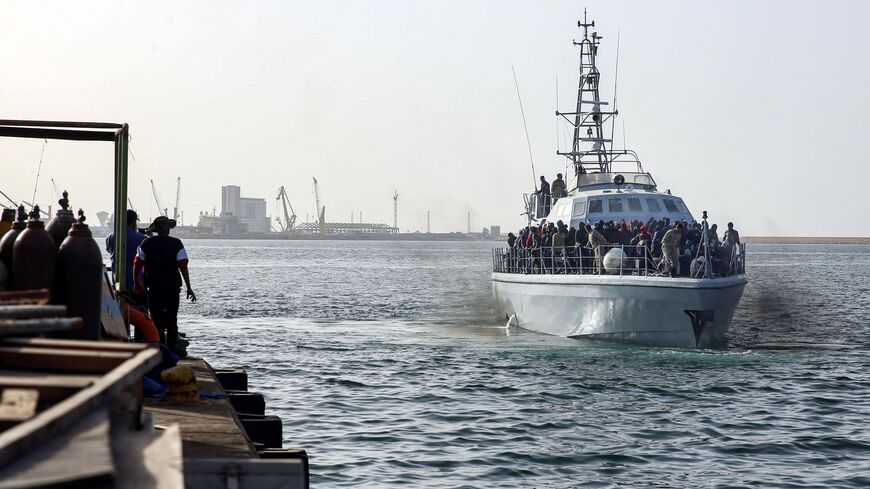 A Libyan coast guard vessel carries migrants rescued off the coast of al-Khums as it approaches the pier in Tripoli's naval base on Feb. 10, 2021. Libya has rescued more than 1,500 would-be migrants off its west coast within a week, a non-governmental organization said. - AFP via Getty Images

Seventeen dead bodies washed up on the shores of Libya, a local humanitarian organization said Wednesday.

The corpses were discovered by local authorities in the northwest city of Zawiya on the Mediterranean coast, the Libyan Red Crescent said in a tweet. The organization added that its staff removed the bodies and authorities have begun the appropriate legal proceedings.

The Libyan Red Crescent did not report a cause of death, but Libya is a major departure point for people seeking to irregularly reach Europe via the Mediterranean Sea. At least 4,189 potential migrants were returned to Libya from the sea in August alone, according to the United Nations’ migration agency.

The journey is often dangerous. There have been at least 1,100 recorded deaths in the central Mediterranean this year, which includes Libya, per the UN. In one particularly tragic example, the UN presumed more than 100 migrants dead after a shipwreck in April off the coast of Libya.