2021 has been a deadly year for people seeking to cross the Mediterranean from Libya to Europe, and around 1,000 children are currently detained in Libya in connection with migration attempts. 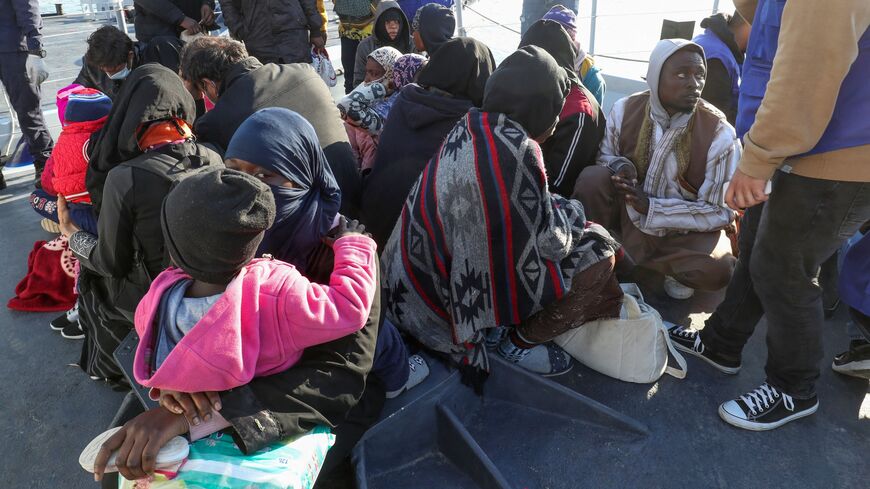 Migrants, including three children, arrive at a naval base in the Libyan capital of Tripoli on March 31, 2021, after the coast guard intercepted an inflatable boat carrying 138 Europe-bound migrants off its west coast. More than half of the migrants, who were taken to a naval base in the capital, Tripoli, were from Sudan, while the rest were from other African countries, the navy added. - MAHMUD TURKIA/AFP via Getty Images

More than 100 children, most of them without their parents, were intercepted off the coast of Libya this past week, according to the UN body responsible for children. Dangerous overseas migration from Libya to Europe is continuing in 2021.

“The Central Mediterranean continues to be one of the deadliest and most dangerous migration routes in the world,” UNICEF’s North Africa director Ted Chaiban and Europe director Afshan Khan said in a press release Friday.

A total of 125 children were rescued in the Mediterranean Sea near Libya this week, among them 114 unaccompanied minors, UNICEF said.

In terms of all migrants in 2021, at least 350 people have drowned or gone missing attempting to cross the central Mediterranean to Europe this year, including 130 last week. Moreover, 4,005 had been intercepted at sea by the Libyan coast guard in 2021 as of Mach 31. And more than 8,600 people have reached Europe this year via the Central Mediterranean, according to UNICEF.

Libya has almost 1,100 foreign children in detention centers as a result of the crossing attempts.

“The majority of those rescued are sent to overcrowded detention centers in Libya under extremely difficult conditions and with no or limited access to water and health services,” said UNICEF. “We call on the Libyan authorities to release all children and end immigration detention.”

On where the children in Libya should go, UNICEF's regional spokesperson, Juliette Touma, said that they should be released to a place with better conditions. This is in keeping with UNICEF's call for the release of all children around the world last year, which said children should be returned to their families or an appropriate alternative option.

"They should be released to a place better than a detention center. There is a need to find a long-term solution for refugees in Libya and the region in general," Touma told Al-Monitor.

Touma added that conditions detained children face in Libya are particularly bad. "Stories we get and reports firsthand on children in Libya are often harrowing," she said.

Libya is a common point of origin for people seeking to reach Europe illegally or to claim asylum, despite the dangers. Those making the journey are from Libya as well as other parts of the African content.