Mediterranean crossings from Libya are continuing, despite dangers. 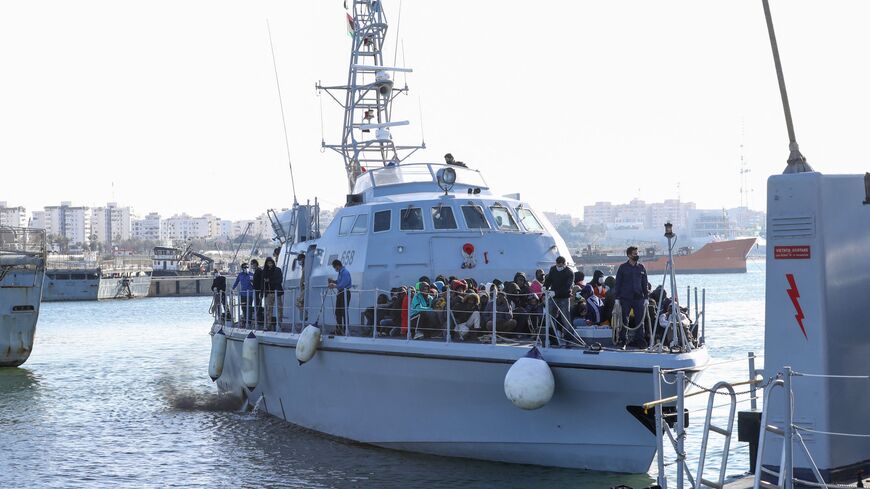 Migrants arrive at a naval base in the Libyan capital of Tripoli on March 31, 2021, after the coast guard intercepted an inflatable boat carrying 138 Europe-bound migrants off Libya's western coast. More than half of the migrants were from Sudan, while the rest were from other African countries, the navy added. Nine women and three children were among the group, an AFP correspondent said. - MAHMUD TURKIA/AFP via Getty Images

At least five people died in a shipwreck off the coast of Libya on Tuesday night. Mediterranean crossings are continuing from Libya, despite persistent dangers.

Other migrants attempting to cross the Mediterranean also were intercepted Tuesday, Msehli said.

The International Organization for Migration, which is part of the United Nations, said 256 migrants were rescued and intercepted between March 21-27 and returned to Libya.

Libya is a common departure point for people seeking to leave the African continent to cross the Mediterranean Sea into Europe. Many of those who make the treacherous journey are Libyans fleeing conflict in the country, but people from African states also transit through Libya.

The route has been dangerous for some time. On Jan. 19, 43 people died when their boat’s engine stopped. Crossing remains a regular occurrence, despite efforts by Libyan authorities to intercept migrants. In one day alone in February, 800 people were intercepted. A total of 780 people died crossing the central Mediterranean, which includes Libya, in 2020.