One Republican congressman accused the Democratic Party of being under the “bizarre influence of a group of anti-Semites” as a few Democratic lawmakers opposed US support for Israel’s air defense system. 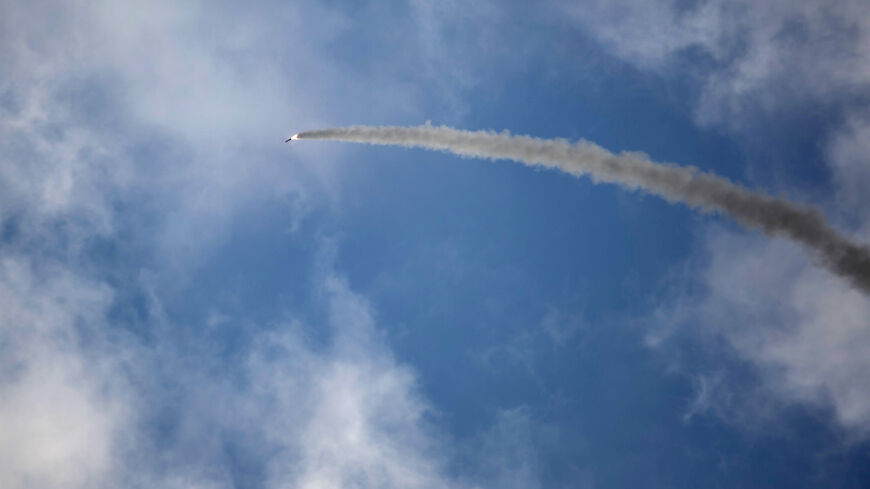 An Iron Dome anti-missile rocket launches to intercept a rocket fired from the Gaza Strip on May 20, 2021, in Ashdod, Israel. - Amir Levy/Getty Images

The US House of Representatives advanced a bill on Thursday that would fund Israel’s Iron Dome. The bill passed after a tense debate between pro-Israel lawmakers in both parties and a small but vocal contingent of pro-Palestine progressives.

House Resolution 5323 (the Iron Dome Supplemental Appropriations Act) passed 420 votes to nine, with two voting present. The bill was introduced by Democratic Rep. Rosa DeLauro of Connecticut after funding for the Israeli air defense system was removed from a previous bill on US government spending. The bill would give $1 billion to the Iron Dome and will next head to the Senate.

The Iron Dome missile defense system primarily defends Israel from rocket attacks from Palestinian armed groups in the Gaza Strip, including Hamas and Islamic Jihad. Earlier this month, the Iron Dome intercepted rockets fired at Israel after a group of escaped Palestinian prisoners were recaptured by Israeli forces.

The removal of the Iron Dome funding from the previous bill appeared to be a victory for pro-Palestine progressive Democrats in Congress. The self-dubbed group known as “the squad” in particular has vocally criticized Israel since being elected in 2018. They particularly focus on Israel’s treatment of Palestinians in the West Bank and Gaza. Reps. Rashida Tlaib of Michigan, Ilhan Omar of Minnesota and Alexandria Ocasio-Cortez of New York are perhaps the most-known members of the squad. Tlaib and Omar voted against the Iron Dome bill, while Ocasio-Cortez voted present.

The overwhelming passage of the standalone bill on the Iron Dome, on the other hand, indicated continued support for Israel in Congress.

The vote followed a heated debate on the House floor over US support for Israel. Tlaib accused Israel of “war crimes” and being an “apartheid regime.” She cited reports from Human Rights Watch and the Israeli rights organization B’Tselem to this end.

“We cannot be only talking about Israelis’ need for safety at a time when Palestinians are living under a violent apartheid system,” said Tlaib, who added that Israel “manufactured” the violence in Israel and the Palestinian Territories earlier this year with its actions on the Temple Mount in Jerusalem.

Tlaib’s remarks elicited a strong reaction from members of both parties.

“I cannot allow one of my colleagues to stand here on the floor of the House of Representatives and label the Jewish, democratic state of Israel an apartheid state,” said Democratic Rep. Ted Deutsch of Florida. “I reject it.”

Deutsch praised the bill, calling Israel’s Iron Dome “defensive” and pointing out the numerous rockets it has intercepted that are fired at Israeli population centers.

“The Democratic Party has [come] under the extraordinary, bizarre influence of a group of anti-Semites who also hate the State of Israel,” said Wilson.

The influence of pro-Palestine activism is increasing in Congress, where both parties have historically supported the large amount of US aid to Israel.

The Iron Dome news from Capitol Hill also generated controversy in Israel itself. A cartoon in the center-left news outlet Haaretz Thursday depicted Tlaib, Omar and Ocasio-Cortez presumably shooting at an Israeli missile while a Palestinian missile targeted Israel.