The American Israel Public Affairs Committee has received criticism for an ad with Rep. Ilhan Omar's image reading "Stand AGAINST terrorists." The Muslim congresswoman receives frequent criticism for her views on Israel and US foreign policy. 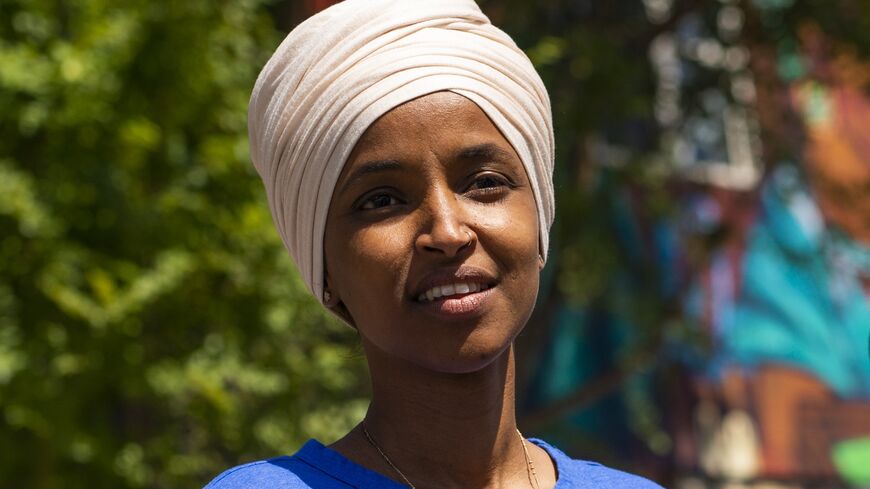 A pro-Israel lobby organization is having a war of words with a pro-Palestine Democratic congresswoman over an ad that referenced her alongside terrorist groups.

The issue centers around an ad by the American Israel Public Affairs Committee (AIPAC) about Democratic Rep. Ilhan Omar of Minnesota, who is a frequent critic of Israel. The ad showed Omar’s image and read “Stand WITH America. Stand AGAINST terrorists.” It also accused Omar of equating the United States with the Taliban and Israel with Hamas. This was a reference to comments Omar made in June about “unthinkable atrocities committed by the U.S., Hamas, Israel, Afghanistan, and the Taliban” in recent years. After receiving criticism, Omar said she was not equating terrorists with democracies.

Slevin’s comments were picked up by some Israeli media outlets Thursday.

The controversy continued Thursday when AIPAC stood by the ad. In response to a critical tweet by Democratic Rep. Rashida Tlaib of Michigan, the pro-Israel lobby tweeted, “Inciting hate by demonizing Israel and spreading vicious, dangerous lies about our democratic ally Israel doesn’t advance the prospects for peace.”

Omar, who is Muslim, is a member of the self-styled “squad” of relatively young and progressive members of the Congress. The group, which also includes Tlaib, is known for its vocal criticism of Israel.

The Israel-Palestine issue is a cause of divisions within the Democratic Party and Americans in general. AIPAC is one of the most prominent pro-Israel organizations in the country.