Rivals of Prime Minister Naftali Bennett are using US delay in funding the Iron Dome defense system to present him as dangerously inexperienced. 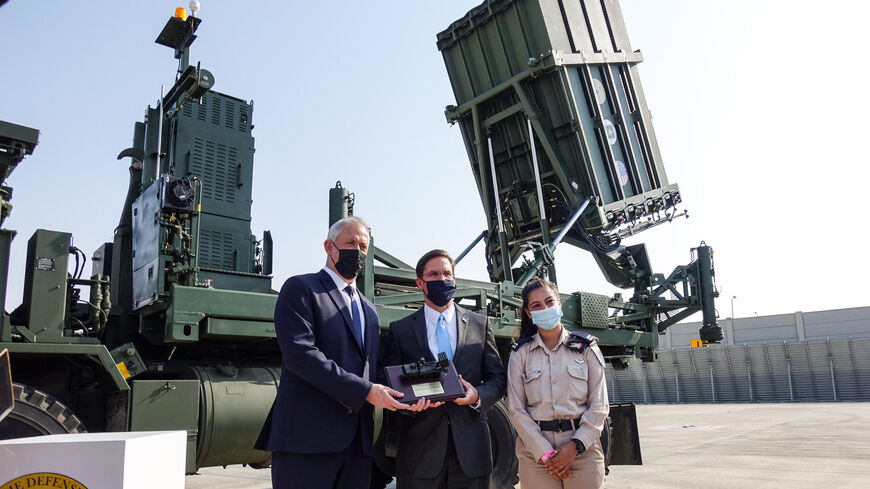 The news arrived quickly on the evening of Sept. 21: Washington had removed funding for Israel’s Iron Dome missile defense system from the upcoming budget shortly before approving it. It was an embarrassment for President Joe Biden as well as the Israeli government. Biden had promised Israeli Prime Minister Naftali Bennett the $1 billion at their meeting in the White House, less than a month earlier.

Biden has been having problems with the progressive end of his party, which tends to take a critical position on US aid to Israel. Now it has become a problem for the leaders of Israel’s new government as well.

The opposition, led by the Likud, took the news as proof of how weak and politically inexperienced the new government is and how little it understands American politics. Bennett and Foreign Minister Yair Lapid were accused of being political novices. The Likud said it would impede Israel’s ability to defend itself should another conflict erupt in Gaza.

It took a day before some reassuring news arrived from Washington. The Democratic party introduced a separate Iron Dome funding bill. This new bill is expected to win Republican support and pass with a large majority. The money would be sent to Israel in a matter of weeks.

Congresswoman Rosa DeLauro, chair of the House Appropriations Committee, was quoted extensively by the Israeli press as emphasizing her country's concern for Israel’s security: “The United States’ commitment to the security of our friend and ally Israel is ironclad. Replenishing interceptors used to protect Israel from attacks is our legal and moral responsibility.”

Nevertheless, as much as this development showed that the Biden administration remains committed to Israel and helped Bennett and Lapid internally, it failed to quell the heated political debate in Israel. The opposition in Israel seized the opportunity to attack Bennett and Lapid. As usual, opposition leader Benjamin Netanyahu is pulling strings from behind the scenes.

After the crisis was resolved, Knesset member Nir Barakat, a senior member of the Likud leadership, said in an interview on Army Radio Sept. 23, “There is a progressive group within the Democratic Party that holds the balance of power and is able to achieve things. This should bother us. This small group poses a strategic threat.”

While Barakat did not accuse Bennett and Lapid directly, the underlying message in his remarks was that they are not the right people to deal with the enormous change underway in the Democratic Party — change that puts Israel’s security at risk.

The Iron Dome funding affair was perhaps the first significant incident to show how internal changes within the Democratic Party are impacting Israel directly. The American aid used to be a point of consensus in the long relations between the American administrations and Israeli governments. Clearly, this is now changing.

Inevitably, given the political acrimony in Israel, this affair has become the source of heated debate between supporters of former Prime Minister Benjamin Netanyahu and his greatest rivals and enemies.

Normally Israelis have little interest in what goes on in the US Congress. Now, suddenly, Israelis know the names of all the progressive members of Congress: Alexandria Ocasio-Cortez, Ilhan Omar, Rashida Tlaib, Ayanna Pressley and Pramila Jayapal (the “Squad”). The group of women was apparently behind the party’s decision to remove the Iron Dome from the budget.

Lapid clearly realized that what had happened in the House of Representatives was extremely volatile politically and that it could harm him personally. He moved quickly to minimize the crisis. He tweeted, “This evening I spoke with Steny Hoyer, Majority Leader in the House of Representatives, about American aid for the Iron Dome anti-missile defense system. In that talk, he explained that it was simply a technical deferral, resulting from the debate in Congress over the debt ceiling in the US budget.”

He then blamed the entire incident on Netanyahu: “For years, the previous government ignored Congress and the Democratic Party, causing serious damage to US-Israel relations. Today, we are rebuilding a relationship with Congress based on trust. I thank the Administration and Congress for their firm commitment to Israel’s security.”

One could argue that this is a single-minded and one-sided description of the situation. Anyone who has tracked changes to the Democratic party over the last few years will have noted the emergence of a group of legislators from the party’s progressive wing that is very critical of Israel’s handling of the Palestinian issue. Widespread support for Israel — in both the Senate and the House of Representatives — are no longer a given.

It is convenient for Netanyahu's opponents, led by Lapid, to argue that this is yet another consequence of the Netanyahu era and the scorched earth it left behind.

For instance, Minister of Diaspora Affairs Nachman Shai claims that Israel seeing the results of the policies of Netanyahu and his governments that preferred Donald Trump and the Republican Party over the Democrats. He says that it will take time to repair the damage.

Former Defense Minister Moshe Ya’alon said that Israel is reaping “the spoiled fruits of the Netanyahu government, which involved itself in American politics by supporting the Republicans." He went on, "It is a good thing that the new government has begun to repair this.”

Former Prime Minister Ehud Barak agreed, saying, “Years of friction and the crude interference by Netanyahu in American politics are taking a steep toll. Our situation was never this bad among half of Congress.” He added, “It is up to Bennett and Lapid to try to fix what Netanyahu ruined here as well. We will all pay the price if they do not succeed.”

Netanyahu responded with a statement by the Likud accusing Bennett and Lapid of “incredible ignorance” in the diplomatic arena.

Netanyahu argued that his relations with the Democrats were good, recalling that during the Obama administration, the United States gave Israel $38 billion in aid for defense — the greatest amount ever given to Israel. He added that he met with hundreds of Democratic members of Congress and won their support for Israel’s interests, chief among them defense.

Clearly, this affair is only the beginning.