The new administration has made a number of promises on vaccines. 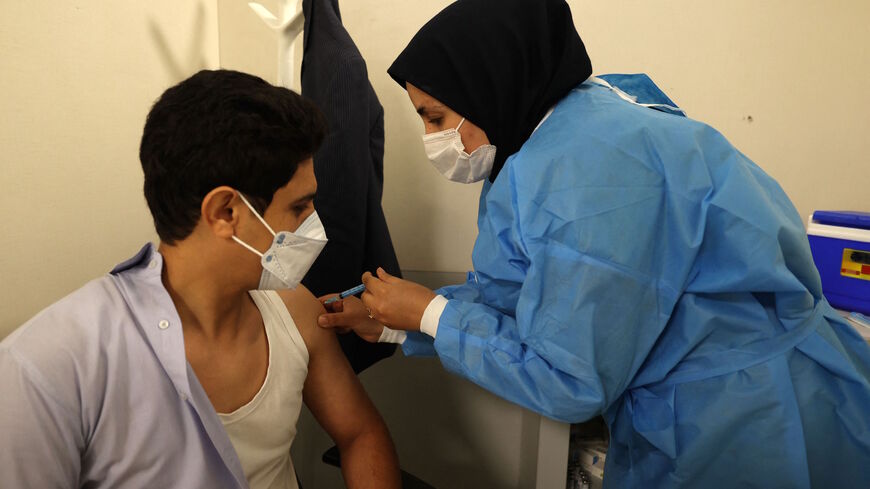 An Iranian health worker inoculates a young man against the coronavirus at a vaccination center set up inside the Iran Mall in the capital, Tehran, on Aug. 14, 2021. - ATTA KENARE/AFP via Getty Images

One of the legitimate criticisms made about the previous administration in Iran — not just by politically motivated conservative politicians in the country, but also by the general public — is that numerous promises were made about vaccines, both about their production and import, yet those promises gave mostly false hope to Iranians. Now, just one month into office, President Ebrahim Raisi appears to be following that tradition.

At a Cabinet meeting today, Raisi said “there is good news” regarding imports of vaccines and domestic production. Raisi did not offer specifics but said that due to the work of the Health Ministry and other organizations in Iran, vaccinations have increased two to three times, though he didn’t offer what time frame in which that increase has taken place.

Iran’s new health minister, Bahram Einollahi, followed up with ambitious claims, saying they predict that by the end of October they will have imported 40 to 50 million vaccines and have 70% of the population vaccinated.

According to publicly available information, which may not be reliable given that most rely on the Iranian government for tracking, almost 10% of Iran’s population is fully vaccinated currently. For a country of approximately 83 million to jump from a 10% vaccination rate to a 70% vaccination rate in two months would take a massive effort. According to Einollahi, vaccinating everyone above 18 years of age, which is their goal, will require 120 million doses.

Even Iranian media is reporting on the repeated vaccine promises. The headline of an ISNA article read “The new vaccine promises.” Einollahi conceded that too many promises have been made since COVID-19 first emerged in Iran in February 2020. “I think people are tired of talking and want to see these promises in action.”

One of the problems in Iran outside of vaccines has been that whenever there was a government lockdown, many Iranians used the opportunity to go on vacation, traveling to other provinces and continuing to spread the virus. Einollahi said it’s possible the country would need to undertake cultural endeavors such as commercials and films to encourage people to take the safety protocols seriously and also encourage Iranians who are hesitant about the vaccines to take them.

Iran is currently in its fifth wave of the virus, which officials hope will be its last. According to official figures, approximately 600 people a day are dying from COVID-19 in Iran and the total death toll is 108,000, though the real number for both figures is likely twice as high.

Iran is currently under crippling US sanctions and fighting the virus with limited resources. Iran’s healthcare workers have taken a large toll, working nearly 21 months straight under a pandemic. One of the problems Iran is encountering now is the high rate of hospitalizations and patients admitted to the intensive care unit (ICU). According to Iranian officials, they are running out of ICU beds as well as trained nurses who can work in the ICU.