Iran's health minister asked for a two-week lockdown to be enforced by the military to stop the spread of COVID-19. 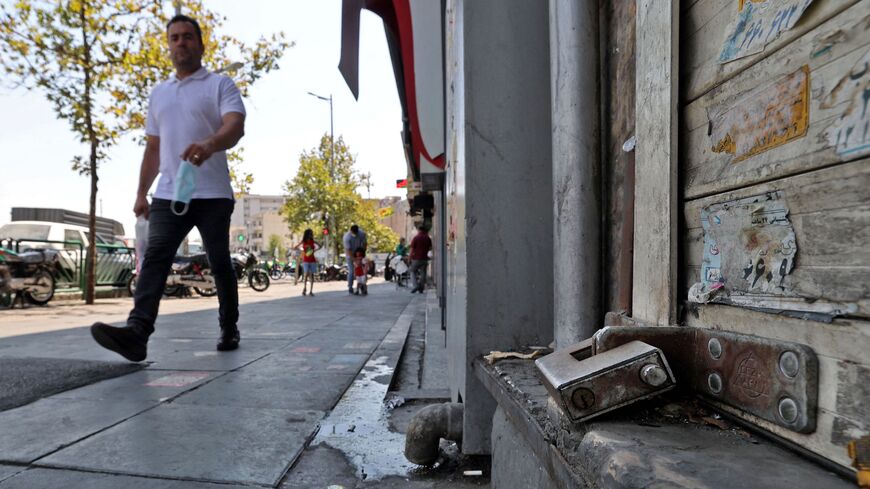 An Iranian man walks past a shuttered store in the capital Tehran on July 20, 2021, as authorities tighten restrictions amid the COVID-19 pandemic. - ATTA KENARE/AFP via Getty Images

One of the requests Namaki made was for a two-week lockdown enforced by the military and the police. He said that the citizens of Tehran did not obey most recent lockdown and it was not enforced. Namaki said that during the lockdown restaurants remained open and people continued to travel in and out of the province.

Namaki lamented that lockdowns in other provinces fared no better. He wrote that citizens did not abide by the health protocols recommended by the Health Ministry. He added that the during the lockdown of Sistan and Baluchistan, buses continued to travel in and out of the province. He noted that other areas of the country continued to accept pilgrims from Pakistan and Afghanistan with no screening.

Namaki continued that countries in Asia and Europe, despite having high vaccination rates, have reintroduced quarantines. However, even as Iran continues to struggle to acquire vaccines, citizens are behaving “as if everything is normal.”

Only 6% of Iran's population of 83 million is currently fully vaccinated. Iran has worked to produce a domestic vaccine and has received doses from Russia and China.

Namaki wrote that a two-week military quarantine might not even be enough to stop the spread of COVID-19 during its fifth wave. But at least, he argued, it could give medical workers a moment to breathe and open up hospital beds, which are currently running low.

One of the biggest criticisms of Iran's various quarantine lockdowns in the last 18 months is that they were not enforced and many citizens ignored them. Families gather for holidays and travel to popular vacation spots and mask mandates are not followed. Iran created shifts for office hours in government buildings, hoping to reduce the number of people at work at one time.

In response to Namaki’s letter, Khamenei asked President Hassan Rouhani today, Aug. 2, to review the possibility of a two-week quarantine through the government's pandemic task force. However, Rouhani held his final cabinet meeting yesterday. It is not yet clear when he will meet again with the task force. President-elect Ebrahim Raisi will be inaugurated Aug. 3 and become the body's new head.

In the last 24 hours 366 people have died from COVID-19 in Iran, bringing the total to over 90,000 deaths. Health Ministry officials have said, however, that the actual death count could be twice the reported figures.