Iranian officials have warned that the country is set to experience a fourth wave of the coronavirus. 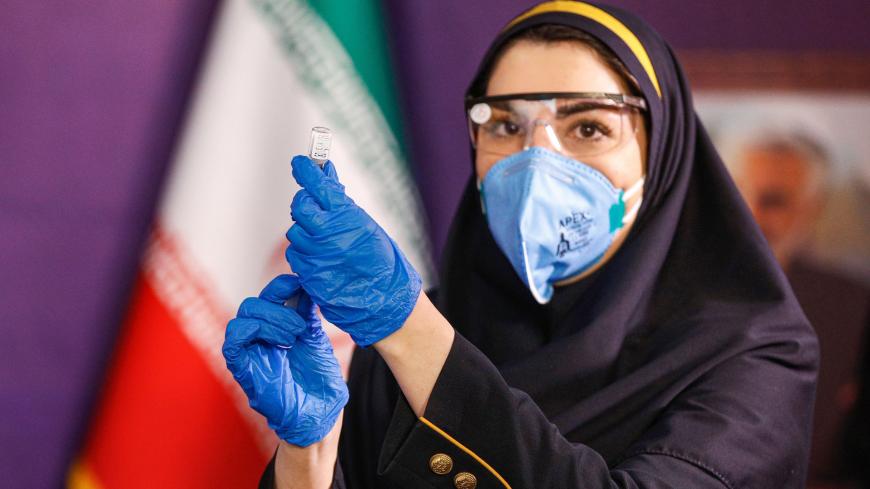 A health worker prepares an injection for a woman during the first trial phase of a locally made Iranian vaccine for COVID-19 in Iran's capital, Tehran, on Dec. 29, 2020. - AFP via Getty Images

Alireza Zali, the head of Tehran’s anti-coronavirus task force, warned Thursday that the country was heading toward a fourth wave of the coronavirus. According to Zali, a number of alarming trends have occurred over the last week, including new COVID-19 cases and hospitalizations. Zali warned that if these trends continue, Iran would experience its fourth wave by early February.

Iran recently experienced a third wave that saw daily deaths rise into the mid 300s; that number has since dropped. In the last 24 hours, there have been 93 deaths. The total number of coronavirus deaths is now over 57,000, though officials have warned the actual numbers could be twice as high as this.

One of the more alarming statistics offered by Zali is that there has been a 4% increase in the number of deaths of children under the age of 10, with respect to last year. Zali did not go into detail to explain the reason.

Officials in charge of the anti-coronavirus task force have lobbied to continue the lockdowns, believing that coupled with the various health protocols they can reduce the number of infections and ultimately deaths. Iran has struggled with full enforcement of the health protocols. Head of Abadan Medical Sciences University Shorkollah Salmanzdeh, who also warned about a difficult February with respect to the coronavirus, said only around 30% of individuals who are outside in public spaces in Abadan province wear masks.

Iran has even talked about enforcing a mask policy and fining individuals who refused to wear one, but such measures eventually became stuck in committee over concerns about which agency would enforce the policy.

Given the dire economic situation in the country, which has been under crippling US sanctions since 2018, Iran’s only hope to address this pandemic is a vaccine. There have been various claims about when a vaccine would be ready and which countries Iran would work with. Iran’s Supreme Leader Ayatollah Ali Khamenei rejected the idea of purchasing vaccines from Western countries, leaving Iran no options but to look to allies.

Health Minister Saeed Namaki said today that Iran is in the third phase of testing its own vaccine. He added that the plan is to begin mass production of the Iranian vaccine this spring, but he did not give a specific date. Namaki also said that Iran will begin vaccinating individuals with imported vaccines by Feb. 10. Headlines related to Namaki’s statements suggest there is cooperation with Cuba on the vaccines, but Namaki’s statements were not so clear.

Mahmoud Vaezi, chief of staff to President Hassan Rouhani, said that Iran is still in negotiations to import vaccines from “reliable” countries. He said that the countries Iran is currently in talks with to import the vaccine are Russia, China and India.