Iran has officially received its first batch of the COVID-19 vaccine from Russia. 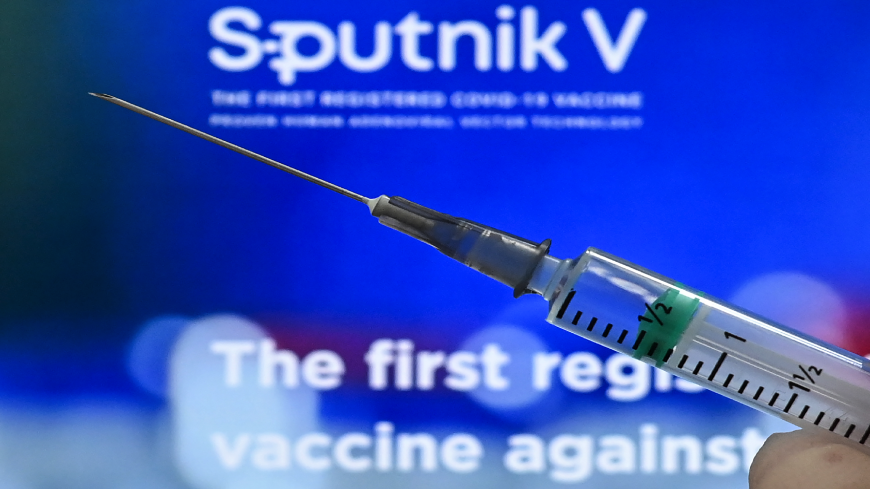 An illustration picture shows a syringe with the webpage of Russia's Sputnik V (Gam-COVID-Vac) vaccine against the coronavirus in the background on Feb. 4, 2021. - KIRILL KUDRYAVTSEV/AFP via Getty Images

Russia’s Sputnik V COVID-19 vaccine is the first vaccine to arrive in Iran, as the country warns that a fourth wave of coronavirus is imminent.

Head of the Iranian Health Ministry's public relations office Kianoush Jahanpour had announced the imminent arrival of the vaccines to Iranian media ahead of time. Iranian media outlets were on the scene at Imam Khomeini International Airport to cover the arrival of the boxes labeled “Sputnik V.” Health Ministry officials said yesterday that the first shipment would include 500,000 doses of the vaccine.

Iranian officials have previously said that in addition to the Russian Sputnik vaccine, they have been in talks with India and China to import vaccines. Conflicting reports are ongoing concerning the amount of each vaccine Iran will receive. Iranian officials have been in negotiations with these countries and have not been able to give exact numbers. Iran is also reportedly working with Cuba to develop a vaccine.

As Iran continues to negotiate for more, officials are warning of a fourth wave. Head of medical sciences at Kermanshah University Mohammad Reza Moradi warned that Iranians have already begun their New Year shopping and, given the lack of adherence to health protocols, “we will be entangled in a fourth wave soon.” The Iranian New Year (Nowruz) is in March, and while people celebrate the day with their nuclear family, they then spend the next two weeks visiting other family members. Most offices are closed for the holidays during this time, and families travel outside of their own provinces as well.

Payam Tabarsi, a member of the medical staff of Iran’s anti-coronavirus task force, said conditions in Iran are almost ripe for entering a fourth wave. He warned that if Iran enters its fourth wave in late February, it will last until late April. If Iran continues on its current path and people continue to ignore health protocols, they will “100% enter a fourth wave,” Tabarsi added.

He said Iran’s Barekat COVID-19 vaccine has been tested on 45 individuals; they are still awaiting the results of 10 individuals. If the test is approved, Iran would have no difficulties mass-producing the vaccine, he said. Mass vaccinations, however, are another matter, Tabarsi added.

Iran’s COVID-19 numbers are once again relatively low compared to when they reached their peak during the third wave. In the last 24 hours, 79 deaths from COVID-19 have been confirmed. During the peak of the third wave, daily deaths in the mid 300s were being confirmed. Officials have warned that the actual numbers could be as much as twice these figures.

Many Iranians are still shocked by the sudden deaths recently of two famous, former Iranian soccer players due to the coronavirus. Mehrdad Minavand and Ali Ansarian died within days of each other. Both were in their 40s.