43 Iranian cities, including Tehran, under ‘severe restrictions’ because of COVID-19

With rising coronavirus case numbers, Iran is set to implement new restrictions in Tehran and other cities until Nov. 21. 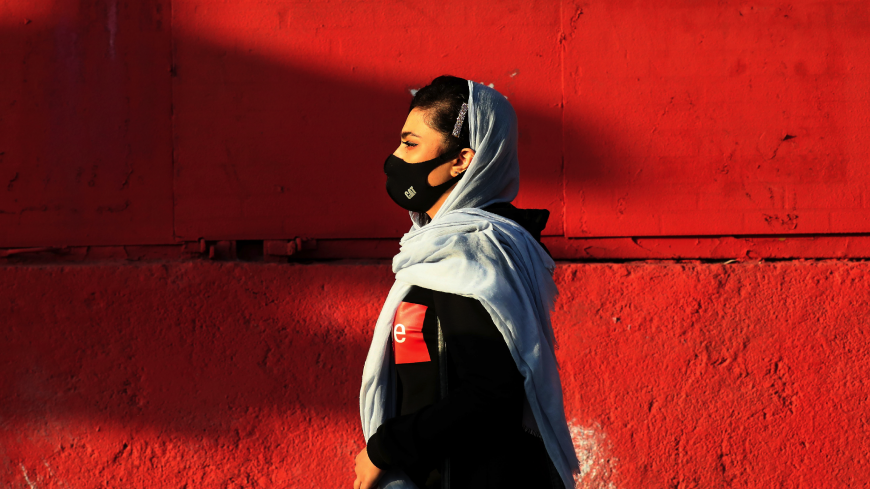 An Iranian woman wears a face mask as a precaution against the coronavirus, in Iran's capital, Tehran, on Oct. 19, 2020. - ATTA KENARE/AFP via Getty Images

At a meeting of the anti-coronavirus task force today, President Hassan Rouhani said that Tehran would be facing new restrictions.

Rouhani praised the efforts of the various agencies working over the last eight months to combat the virus. He said that only 50% of government employees will report to work in the province of Tehran, one of the hardest-hit provinces in the country. The new restriction will be in place until Nov. 21. Other government employees in the province will presumably continue remote work.

Rouhani said that 43 cities across the country will face “severe restrictions” for a period of one week due to a high number of cases. He also said that going forward, heading into winter, they will prioritize influenza shots for at-risk populations such as the elderly or those with underlying health conditions, and they will ensure they have an adequate amount of medicine.

An official with Tehran’s anti-coronavirus task force warned that if the situation continues as is, the province will be out of hospital beds for COVID-19 patients. He added, however, that they still have the potential if needed to establish field hospitals across Tehran.

The country’s total number of deaths has exceeded 31,000, though Health Ministry officials have said this number is certainly higher because only those who have tested positive for coronavirus are counted in these statistics. The range of deaths that was given by the Health Ministry is estimated at 1.5 to 2.2 times the official number.

The reason for Iran’s high coronavirus numbers is not yet known. Officials have previously stated that not all residents are following the health guidelines when it comes to mask-wearing, not traveling and not attending large gatherings. When officials have made these statements, however, they were criticized by Iranians on social media for putting the blame on people rather than the government’s own policies.

The governor of Lorestan province recently said that holding large gatherings such as weddings would be considered a crime. Iran has previously floated the idea of issuing fines to those who do not wear masks or follow health protocols, but those announcements have not been followed up on, due mostly to doubts and questions about enforcement.