Iran has announced a new wave of restrictions in red zones as well as the capital. 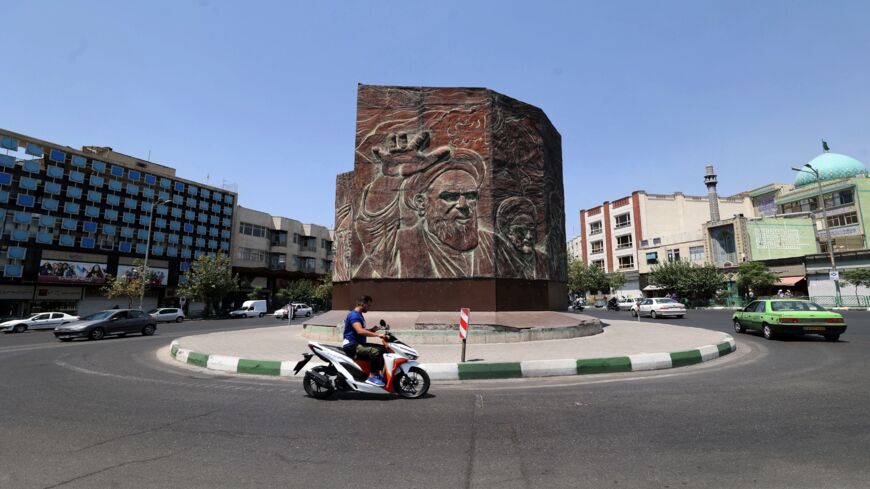 An Iranian man rides a motorbike at Enghelab Square in the center of the capital, Tehran, on July 20, 2021, as authorities tighten restrictions amid the COVID-19 pandemic. - ATTA KENARE/AFP via Getty Images

Tehran announced a week of new restrictions as coronavirus cases in the country continue to climb.

According to Health Ministry officials, in the last 24 hours over 27,000 individuals have contracted COVID-19, leading to over 2,000 hospitalizations. Also in the last 24 hours, there were 213 deaths from the virus, which brings the total number of COVID-19 deaths to over 87,000. However, Health Ministry officials have previously said the actual numbers could be twice as high as the confirmed coronavirus cases and deaths.

Other cities in the country, however, are not safe, according to Health Ministry statistics. Over 200 cities are classified as “red” zones, meaning they must abide by the highest COVID-19 restrictions outside of a formal shutdown. A map of the country shared by Iranian media shows most of the cities within the borders of Iran to be red zones.

Some Iranian media outlets appeared frustrated by the latest announcement of restrictions. A headline in Aftab newspaper read “Once again, half lockdowns." Many critics of the restrictions have previously argued that half-measures, which are loosely enforced and only followed by a small percentage of the population, are not sufficient measures to stop the spread of the virus.

For a country under crippling sanctions, which has limited its ability to sell its oil and conduct banking transactions with other countries, and amid an increase in inflation, further economic restrictions are a hard pill to swallow for most citizens.

Iran has had a difficult time accessing vaccines for the virus. While being among the hardest-hit countries, Iran has one of the lowest vaccinated populations, with only 3% of its population vaccinated. Desperate to access the vaccine on their own, many Iranians have traveled north to Armenia to receive the vaccine there.

Iran has had to rely on a mixture of imported vaccines from Russia and China as well as domestically made vaccines. Health Ministry officials have said they will receive 10 million vaccines by September, primarily through domestically produced vaccines. However, given that previously such promises were too optimistic and never came to fruition, it is more likely that Iran will continue to deal with the coronavirus for the foreseeable future.