Despite rising vaccination rates, Iran sees a sixth wave of coronavirus on the horizon. 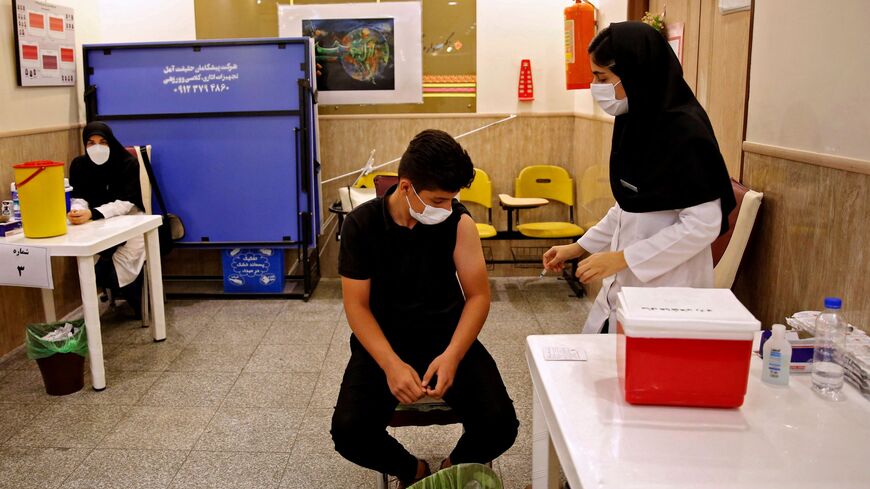 A student receives a COVID-19 coronavirus vaccine dose at a vaccination center inside a school in Iran's capital Tehran on Oct. 7, 2021. - AFP via Getty Images

After approximately a month of relatively lower COVID-19 numbers in Iran, it appears that the virus is back on the rise for a sixth wave, despite the fact that the fifth wave never fully ended.

In the last 24 hours there have been over 11,000 new confirmed cases, with nearly 2,000 hospitalizations. In the same time period, there have been 162 confirmed deaths from COVID-19, bringing the official death toll to over 124,000, though officials have said the real numbers could be twice as high. During the peak of the fifth wave, daily deaths were well over 500 consistently and in previous lows the daily death toll was double digits.

According to an article in Tasnim News agency, the relative low drop in deaths and the rise in case numbers in provinces such as Alborz, Kurdistan, Mazandaran, Fars and Yazd mean that Iran needs to prepare for a sixth wave.

Iran’s health minister, Bahram Eynollahi, said last week that the country needs to reach 80% vaccination rates. He said that currently 35% of Iranians are fully vaccinated and 75% of individuals have at least one shot. Eynollahi did not specify what group he was referring to, but likely they are the percentages of adults over a certain age.

Eynollahi added that hospitals need to prepare, but that the relatively lower recent case numbers have  helped them stock up on medicine and supplies. Today, Eynollahi said that the people in Iran must “learn to live with COVID.” He said that vaccinations will stop hospitalizations but that COVID-19 will not fully go away.

One of the issues heating up in Iran is mandatory vaccines. On Monday, the Department of State for Administrative and Employment Affairs of Iran issued a statement that employees who have not received at least one vaccination shot by Nov. 1 will be barred from entering their offices, according to the Iran daily Javan.

Shortly after the statement, Mohsen Farhadi, the Technical Deputy of the Center for Environmental and Occupational Health of the Ministry of Health, added to the confusion by saying, “Workers are responsible for having a vaccination card, although vaccinations aren’t mandatory.” He added that individuals who work in the public and private sector who are not vaccinated must be tested every 72 hours.