The new leader of the historic church must now navigate the unique political and spiritual challenges facing his shrinking community in Iraq and its worldwide diaspora. 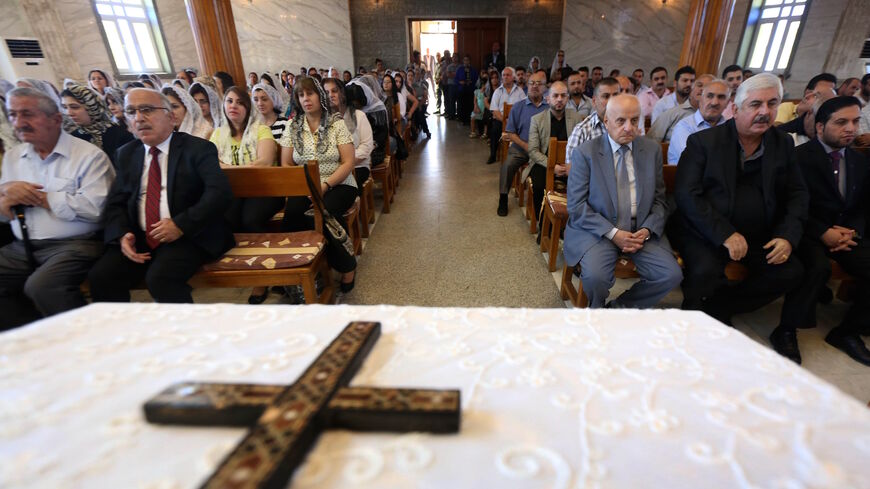 The Assyrian Church of the East (ACOE) welcomed a new patriarch in Erbil on Sept. 13. Mar Awa Royel is the first American-born bishop of the ancient church and only the ninth new patriarch since 1780. In his new role, Royel must now guide the church through both political and spiritual challenges and encourage a community that is facing mounting pressure to leave Iraq, where the Assyrian population has dwindled from 1.5 million in 2003 to below 200,000 today.

The patriarchal seat of the church left the Middle East in 1933 for Chicago, largely due to the Simele Massacre of Assyrians in 1933. By 2006, construction of a new patriarchate began in Erbil. The patriarch formally returned to the city in 2015. Despite concerns that the seat would once again leave Erbil, Royel told Al-Monitor the patriarchy will remain in its current location.

“We know that a majority of the Assyrian people are in the West now, there are maybe 90% to 95% of the Assyrians are living in North America, in Europe, Australia,” he said. “But still, the church has decided to keep the patriarchal seat in Iraq because that is its historical center. It is making the statement that our roots are here, in the cradle of civilization in ancient Mesopotamia.”

The ACOE originated in the first century AD with Saint Thomas, one of the original twelve disciples. Since 1450, ACOE patriarchs have come from one family, the Mar Shimuns. The death of Patriarch Mar Eshai Shimun in 1975 ushered in an election process. Each new patriarch is now elected among bishops in a closed door meeting.

In February of last year, ACOE Patriarch Mar Gewargis Sliwa announced his intention to resign due to health reasons. A special session was convened to organize an election, but it was postponed due to the coronavirus pandemic.