Hassan Diab was previously due to appear before investigators on Sept. 20, but Lebanese media reported he left for the United States. 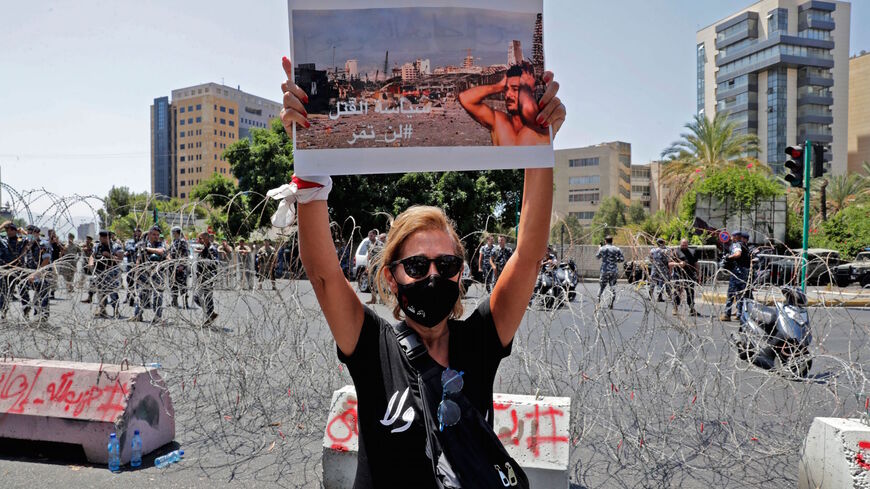 A woman holds a sign showing a photo of a man reacting at the scene of the 2020 Beirut port blast, as protesters and family members of the 2020 Beirut Port blast gather for a demonstration near the UNESCO palace in the Lebanese capital on Aug. 12, 2021, ahead of a parliamentary meeting on the blast investigation. - ANWAR AMRO/AFP via Getty Images

More than 200 people died in August 2020 when 2,750 tons of the flammable fertilizer ammonium nitrate caught fire in a warehouse and then exploded in Beirut’s port. The explosion devastated Lebanon, which was already and is still reeling from an economic and energy crisis. Many of those affected by the blast are still suffering economically as a result. Diab resigned in the wake of the explosion, though he remained in office as caretaker prime minister until Najib Mikati finally formed a new Cabinet earlier this month.

Bitar issued a subpoena on Sept. 14 for Diab to come in for questioning today. Also on Sept. 14, some Lebanese media outlets reported that Diab had left Lebanon for the United States.

Many Lebanese are angry at the government for the lack of accountability surrounding last year’s explosion. To date, nobody has been convicted of a crime in relation to the tragedy.

Lebanon’s new government appears to be trying to address the wider crises in the country. The parliament gave a vote of confidence today to Mikati’s Cabinet, though the session was interrupted due to electricity cuts, according to videos circulating Lebanese social media. The finance minister also contracted a consulting firm last week to perform an audit.