Former Finance Minister Ali Hassan Khalil was sanctioned by the US government last year for corruption. 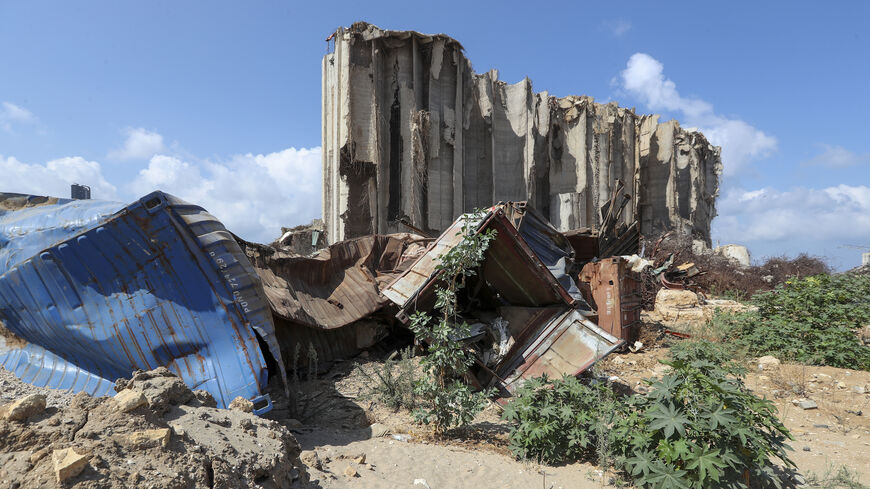 The 'Ground Zero' site of the Beirut Port explosion from August 2020 looms in the background of this photo taken on Sept. 22, 2021. - NICOLAS MAETERLINCK/BELGA MAG/AFP via Getty Images

The lead investigator for the 2020 Beirut port explosion issued an arrest warrant Tuesday for a former government minister, shortly before the probe was suspended again.

Later the same day, Bitar learned that Khalil’s lawyers and member of parliament Ghazi Zeiter had sued him. This prompted the investigation to be suspended again, according to the agency. The probe also temporarily stopped earlier in the month.

The blast occurred when 2,750 tons of the flammable fertilizer ammonium nitrate caught fire in a warehouse on Aug. 4, 2020. More than 200 people died and the explosion devastated Lebanon, which was already and is still suffering from a horrible economic crisis. Many Lebanese were livid at the  government for allowing so much flammable material to be stored in the country’s main population center.

There is also considerable popular frustration with the investigation’s lack of progress. Some of those who have been called for questioning, including former Prime Minister Hassan Diab, have reportedly fled the country. Nobody has been convicted in connection with the blast.

Khalil and Zeiter are allies of the Shiite Islamist Lebanese political and military organization Hezbollah, which wields considerable power in southern Lebanon. Last year, Khalil was sanctioned by the US Treasury Department for allegedly supporting Hezbollah, which is a designated terrorist organization under US law, and engaging in corruption.

Hezbollah leaders criticized Bitar on Monday, calling for replacing him with an “transparent and honest judge,” the Lebanese news outlet Naharnet reported. Bitar is the second judge to head the investigation after Fadi Siwan was forced out by political pressure in February.

The National News Agency did not report Khalil’s current whereabouts.