The investigation into the deadly blast was suspended in October after a Hezbollah-linked politician filed a lawsuit. 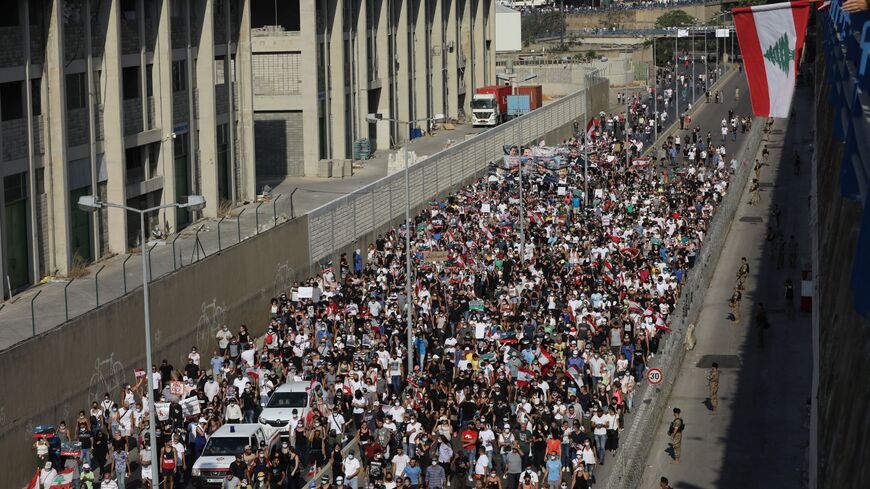 Lebanese protesters gather in mourning near Beirut's port on Aug. 4, 2021, to commemorate one-year anniversary of explosion of 2,750 tons of ammonium nitrate, which killed 218 people and injured 7,000. - Marwan Tahtah/Getty Images

The official probe into the Beirut port explosion restarted today as Judge Tarek Bitar resumed his work in the Palace of Justice, the official National News Agency reported.

The probe is investigating culpability for the 2020 explosion in Beirut’s port, in which more than 2,000 tons of flammable fertilizer caught fire in a warehouse and exploded. More than 200 people died, not to mention the extensive damage and economic pain caused.

The probe was suspended in October after Bitar issued an arrest warrant for Hezbollah ally and former Finance Minister Ali Hassan Khalil, who then sued.

The investigation resumed today after an appeals court rejected the claim by former minister Youssef Fenianos that the probe lacked jurisdiction, according to the National News Agency. Bitar previously issued an arrest warrant for Fenianos.

The probe has been controversial in Lebanon, which is also suffering from a debilitating economic crisis. The Shiite paramilitary and political organization Hezbollah has been particularly critical of Bitar, calling for his replacement and protesting his actions in the streets. The families of port officials arrested following the explosion are also demanding their release.

There have been no convictions in relation to the explosion, causing many Lebanese to be frustrated with the lack of accountability.