The US agency conducted an investigation into what led to the devastating August blast. 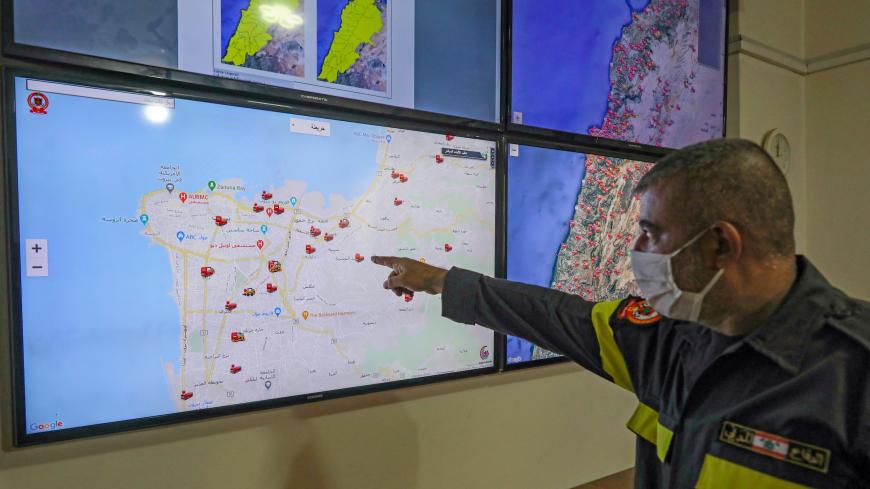 Volunteers at the Lebanese Civil Defence work in the the control room at the headquarters of the public emergency service in the capital Beirut, on Sept. 28, 2020. - ANWAR AMRO/AFP via Getty Images

Lebanese investigators have received the FBI’s report on the Beirut port explosion. The country will make a determination on what precisely caused the devastating blast.

Judge Fadi Sawwan, who is leading the government’s investigation into the explosion, received the FBI report on Monday. He is now awaiting reports from French and British explosive experts, the state-run National News Agency reported on Tuesday.

Many Beirut port officials have been detained in relation to the incident and the government has said the flammable material often used in fertilizer was improperly stored. This month, Lebanon asked Interpol to arrest two people allegedly connected to the ship that brought the ammonium nitrate to Beirut in 2013.

The FBI is a domestic intelligence department of the US government that investigates a variety of crimes. It pledged to assist with the Beirut investigation back in August after many foreign governments demanded an independent probe.

Earlier this month, the Lebanese news outlet MTV reported that the FBI concluded the Beirut explosion was an attack. MTV cited unidentified sources and the FBI has not released a conclusion of its findings yet.

The explosion led to severe criticism of the government due to its apparent negligence in storing the explosive substance so close to the country’s major population center. Prime Minister Hassan Diab and his cabinet resigned en masse days after the incident. Saad Hariri is now seeking to become prime minister again.