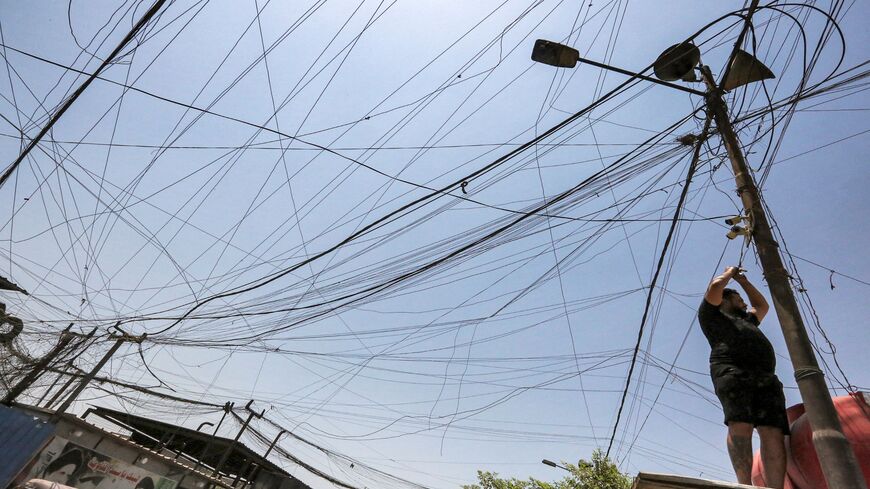 An Iraqi owner of a private electric generators fixes cables in Baghdad's Sadr City district in July. Iraq buys gas and power from neighboring Iran, and payment arrangements were one topic of conversation in recent meetings between the two nations' leaders. - Photo by SABAH ARAR/AFP via Getty Images

This is Kadhimi’s second trip to Tehran in less than a year and his first visit to Iran after Raisi took office. There are three major reasons that this trip was significant.

First, it fits with Iraq’s diplomatic focus on keeping positive relations with neighbors and the region. Baghdad has hosted three rounds of negotiations between Iran and Saudi Arabia during last few months, and Al-Monitor has learned that a new round is planned to be held soon. Baghdad also hosted a regional conference last month which included all Iraqi neighbors, except Syria, as well as the United Arab Emirates, Qatar, Egypt and France. The conference agendas and final statements stressed regional cooperation, in terms of reducing tension and building economic partnerships.

This week's meetings revolved around the bilateral relationship and “coordination with regard to regional and international issues, and strengthening the region's security and stability,” the prime minister's office said.

Prior to the visit, Kadhimi said, “Iraq succeeded in playing a pivotal role in the region by strengthening the strategic partnership in accordance with the principles of supporting stability, cooperation and friendship, in order to consolidate the foundations of peace and prosperity.”

For his part, Mokhber praised “Kadhimi’s determination and efforts in establishing the Baghdad Conference for cooperation and partnership and his diplomatic efforts in the context of calm and enhancing stability in the region.”

Second, during his visit to Iran Kadhimi discussed the challenges in Iraq's import of gas an electricity from Iran, including recent reduction of Iranian exports to Iraq, and the difficulties of Iraqi payments to Iran, despite a waiver from US sanctions.

Iraq has contracted to import 70 million cubic meters of gas per day from Iran, but it usually receives only about two-thirds of that amount. Iraq also imports 1,200 megawatts of electricity from Iran. During the last year, the Iraqi government has increased attempts to pay Iran via buying food, medicines and other goods.

Iraq and Iran's annual trade has reached $13 billion, and the two countries want to increase it to $20 billion. The majority is Iranian exports, but Iraq is trying to increase its exports to Iran. Iraq also decreased the value of its currency last December to support its national products against imported products, most notably from Iran and Turkey.

Third, the visit precedes the Shiite pilgrimage to the Iraqi holy cities of Karbala and Najaf. Many of the pilgrims, numbering more than 10 million in past years, are from Iran. However, the Iraqi health committee decided last month to allocate only 30,000 visas to Iran. Kadhimi increased the number to 60,000 during his trip, and announced that Iraq will give visas on arrival to Iranian pilgrims coming via airports.

Another important topic was Baghdad imposing state control on the Shiite militias in Iraq. Given that Tehran backs some of these rogue groups, it has influence and has been able to play a role in calming the groups. Controlling the outlawed militias to prevent them threatening the activists and candidates, is vital for holding safe and secure elections.

Kadhimi reached an agreement with the US to end combat forces in Iraq by the end of this year. This has also contribute to reducing the tensions, leading Iran and its allies to support Kadhimi in holding the upcoming elections. 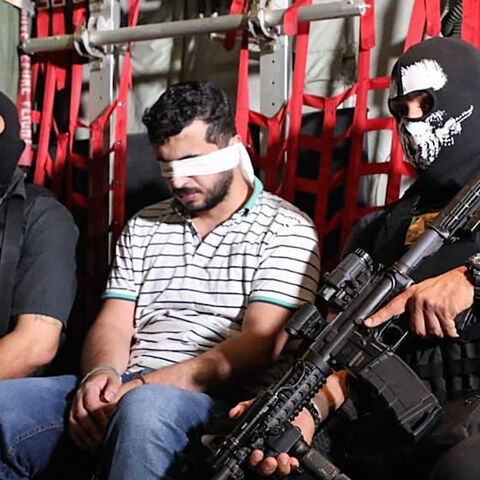 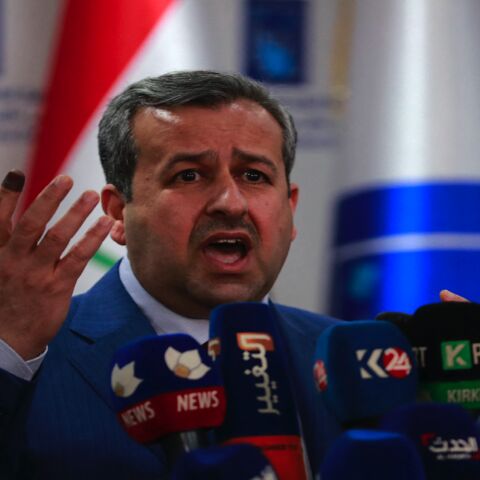 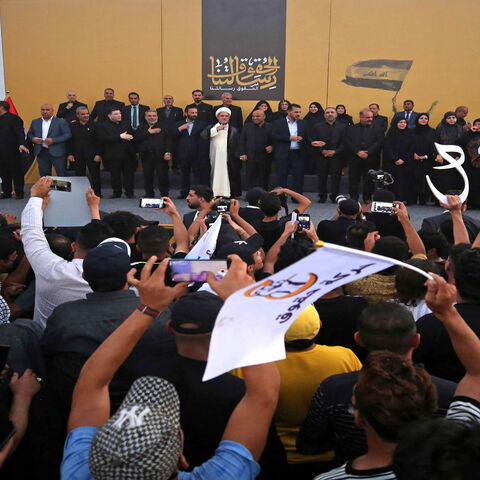