The Iraqi government has already thwarted attempts at fraud and election rigging ahead of Oct. 10. 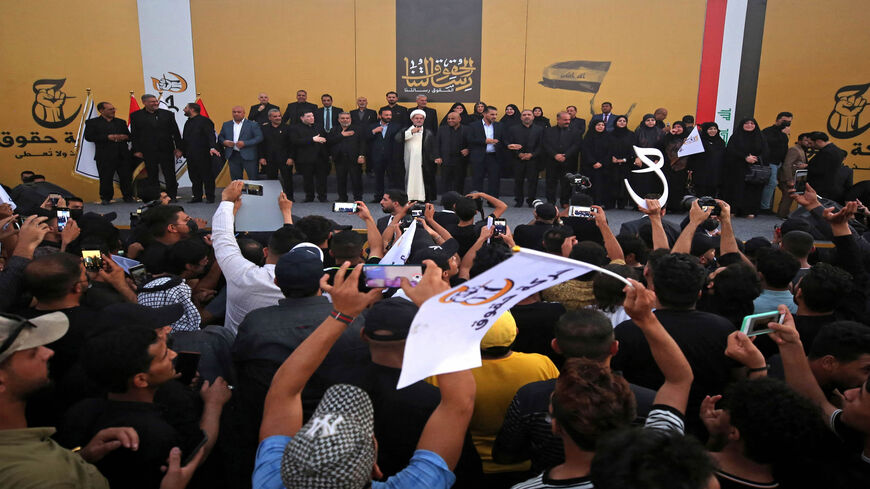 As Iraqis head to vote on Oct. 10, the government has taken a series of actions to limit election fraud, increase voter security during the elections and implement tactics to push for higher voter turnout.

“We have provided all the needs of the Electoral Commission at the highest levels of financing, insurance and support, to ensure that the polls are conducted in a manner that achieves the aspirations of the people,” Kadhimi said.

He stressed that all officials — including ministers, governors and others — “should completely prevent the use of state resources, and the Electoral Commission is required to inform us of any exploitation of these resources,” adding, “I call on all candidates and political parties to fully commit to healthy competition."

Prior to the meeting, Kadhimi participated in the Electoral Security Committee formed by himself as part of Joint Operation Command and oversaw the first simulation for election security. During the simulation, the operation committee in all Iraqi governorates and also the provincial police centers reported their measurements and preparations.

The head of the Electoral Security Committee, Muhannad Naim, told Al-Monitor that a comprehensive plan has been developed and is ready to be launched in order to provide the highest and unprecedented level of security for the upcoming elections on Oct. 10. Special forces trained for this purpose will be in charge of the security during the elections.

In the same direction to limit voter fraud, Miqdad al-Sharifi, was arrested Sept. 2 on financial charges at Baghdad International Airport before his departure. A source close to the investigation team told Al-Monitor that confessions made by Sharifi were on widespread fraud occurred in the 2018 elections. In his confessions, Sharifi said various influential political parties had approached him in previous elections to change the election results to advance their own interests.

“I’m fully aware and partially involved in attempts made by forces affiliated with foreign countries to rig the elections to the extent of burning entire ballot boxes filled with electoral cards to sway the results to their favour,” Sharifi said in his confessions, according to the source.

Last month, the judicial authorities announced it had foiled a plan by a group of blackmailers who tried to spread misinformation and publish fake news on different social media platforms, mainly Telegram, to cause political chaos and manipulate Iraqi voters.

The perpetrators launched a channel in Telegram called “The Green Lady” based on a fake number purchased outside of Iraq. They claimed by various means that the channel is linked to the prime minister's office, which prompted some media outlets to share the misinformation published by the channel.

In response, the prime minister's office in a statement said, “This group and those who helped them including current and former political figures worked in order to derail the elections, cause confusion and threaten public stability.”

Head of the Hikmat bloc Ammar al-Hakim stressed at the Rafidain Forum last week that the elections will be held on schedule and condemned “those who try to rig the elections and electronic armies that try to influence the electoral process.”

During a Sept. 7 press conference, representative of the United Nations mission in Iraq, Jeanine Hennis-Plasschaert, hinted at more than 130 international experts currently present in Iraq to assist and monitor the elections. She said, “The October elections will be different,” noting that Iraq requires deep reforms.

In addition to the international experts, Hussein al-Hindawi, adviser to the prime minister told Al-Monitor that 500 hundred independent observers are also making their way to Iraq during the elections.

Plasschaert also mentioned other measurements taken by the Iraqi authorities including a sign language interpreter to assist those with a hearing disability, a ban on cellphones and cameras inside voting booths, and electronic voting cards will be disabled for 72 hours after the voter has cast their ballot.

The UN mission representative also urged Iraqis not to boycott the elections and also encouraged women to participate. The 2018 elections were widely contested as less than 20% of eligible voters cast their ballots.

“Boycotting elections will not solve anything. On the contrary, if you don’t vote, you end up boosting those whose positions you may oppose,” she said.

She called on "political forces and candidates to collectively refrain from any attempt to force or distort election resources."

Hindawi also mentioned to Al-Monitor about the legal measures the government has introduced to prevent fraud in the upcoming elections, as the new electoral system will limit Iraqis to only vote in their own residential district. The new electoral system divides Iraq into 83 districts rather than 18 districts in the past, and provides strict and safe transfer of the results and biometric electoral cards.

In a comparison with the 2018 elections, Hindawi noted that for the first time the government is not participating as a party in the electoral competition but rather as a contributor to its impartiality and fairness.

This year, more than 3,250 candidates are competing to win a total of 329 seats in the Iraqi parliament, which means there are 10-15 candidates campaigning for each seat. Regardless, many of the same protesters who called for early elections are now boycotting it and claiming the elections still lack integrity and fairness and the government has not done enough before conducting these elections.