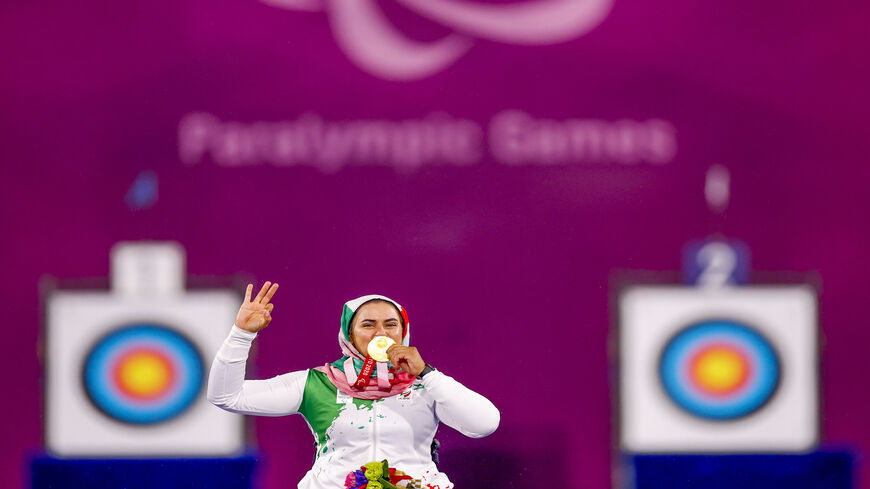 An Iranian archer won her third gold medal in a row at the Paralympics this week, while another Iranian athlete set a world record in javelin.

Zahra Nemati won gold Thursday in the women’s individual recurve competition, which refers to a type of bow used to shoot a target. Nemati remarkably also won the gold at the 2012 and 2016 Paralympics.

“Archery is not a simple meaning for me. It's a life, a lifestyle,” said Nemati following the victory, according to the Tokyo 2020 Paralympic Games website.

Meanwhile, Hamed Amiri threw the javelin, which is a type of spear, a Paralympics record 31.35 meters (102.85 feet) in the F54 category on Friday, winning the gold medal, according to the official results. The F54 category of disability refers to athletes who have full power and movement in their arms, but no power in their abdominal muscles.

This year’s Paralympics, which were delayed from last year due to the coronavirus pandemic, will finish on Sunday. Iran has performed well at the international competition for disabled athletes, and was in 17th place in the total medal count with 20 medals on Friday. Iran has the most medals of any Middle Eastern state so far, followed by Turkey with 15.