Iran has suggested that the International Atomic Energy Agency's access to its nuclear facilities will resume once Israel's attacks on them stop. 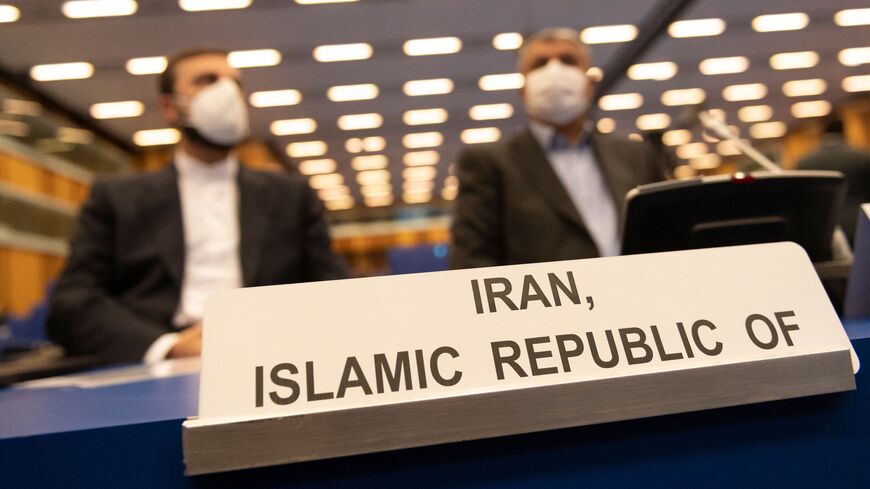 The chief of the Atomic Energy Organization of Iran Mohammad Eslami (R) and Iran's representative to the International Atomic Energy Agency Kazem Gharib Abadi attend the IAEA General Conference, an annual meeting of all the IAEA member states, at the agency's headquarters in Vienna, Austria, on Sept. 20, 2021. - JOE KLAMAR/AFP via Getty Images

In the ongoing battle with the United Nations' nuclear watchdog, Iran has told the International Atomic Energy Agency that it will allow access to its nuclear facilities once attacks targeting them stop.

According to Tasnim News Agency, Khazem Garibadadi, Iran’s representative to international organizations in Vienna, said, “If the agency wants to conduct inspections, it has to act on its own responsibilities and clearly condemn terrorists attacks against Iran’s technological centers.” He added, “If America and its Western allies want the continuation of the agency’s inspections, they have to stop the Zionist regime’s terrorist attacks.”

Ghariabadi continued, “When a fake regime that is not a signatory to any nuclear pacts commits terroristic sabotage, why do we have to pay the price?”

Gharibabadi’s comments referred to sabotage at the Karaj nuclear facility widely believed to have been carried out by Israel. The June attack reportedly damaged cameras belonging to the IAEA that were storing data to be inspected at a later date under an agreement between Iran and the IAEA.

Whether Gharibabadi’s threat is sincere or just a warning, Iran appears to have chosen a different approach in the negotiation process with Western countries which expected to resume in Vienna soon. Fereydoon Abbasi, the former head of Iran’s Atomic Energy Organization and a current member of the parliament’s energy commission, talked to Fars News about some of the differences between the Rouhani administration and the Raisi administration on the nuclear talks.

Abbasi said that the Joint Comprehensive Plan of Action was “imposed” on Iran by the Rouhani administration, which he said had “stubbornly tied the economy” to the deal. He added that Rouhani had been willing to include Iran's regional presence and missile program in the nuclear negotiations as the United States and other Western countries had wanted.

Abbasi went on to claim that because the United States and European Union were not able to include Iran's regional policies and missile programs in the negotiations, they did not fulfill their promises of sanctions relief.

According to Abbasi, with Raisi as president, Mohammad Bagher Ghalibaf as speaker and Gholam Hussein Mohseni-Ejei as judiciary head, all three branches in Iran are aligned and the country is a “global emerging power,” a status that will have an impact on its international relations.

On the latest battle with the IAEA, Abbasi said that the IAEA was not yet supposed to have access to cameras. He said according to the latest agreement, the IAEA was to replace the memory cards but that the data would be stored in Iran. Abbasi added that once Iran’s demands are met, the IAEA would gain access to the data.

Abbasi said that Iran’s nuclear activities will continue to be monitored by the IAEA, but warned that the IAEA must be careful to not allow the data and video to be accessed by other countries such as Israel.