Cairo is training a number of Sudanese police officers on measures against the Muslim Brotherhood as Sudan accuses Brotherhood members of being behind the demonstrations and riots that have erupted in the country. 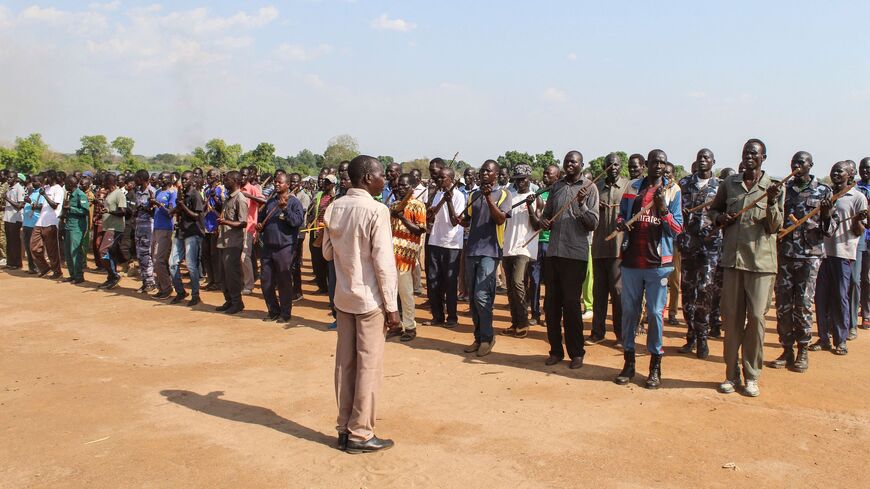 Police trainees, former soldiers of government and rebel groups, attend a training session with handmade wooden rifles or sticks and in civilian clothes at the unified training center in Rejaf on March 25, 2021. - WAAKHE SIMON WUDU/AFP via Getty Images

Egypt is running a training program for Sudanese police officer with an emphasis on combatting the Muslim Brotherhood in Khartoum.

The report went on, “The Sudanese police stated that this course comes in the context of the training protocol signed with the Egyptian police forces" and "includes training on how to conduct criminal investigations, how to manage combat operations in open areas and how to deal with riots."

The program, which will last for three weeks, also includes "training five members of the Sudanese police on guarding VIPs from assassination attempts,” as well as "several sports and culture activities" and visits to tourism sites.

As Sudanese Minister of Interior Ezzedine al-Sheikh gave a speech at the Freedom Square in central Khartoum on June 29, a group of police officers started chanting in protest, threatening to go on strike.

Sky News reported, “Signs of rebellion … Brotherhood hands tamper with Sudanese police.” The report quoted Sudanese political analyst Ahmoudi al-Bushra as saying, “The police protests have a clear political nature [that aims to] entrench the Brotherhood within the police force.”

The Sudanese authorities accuse Brotherhood elements loyal to the former regime of Omar al-Bashir of being behind the demonstrations and acts of violence that swept across Sudan in the past few months.

In February, protests and acts of violence and looting erupted in the states of North Darfur, West Darfur, North Kordofan and East Darfur. The Sudanese transitional government accused supporters of the former Bashir regime and the Muslim Brotherhood of being behind the protests and spreading their ideas in the region.

Nimr Abdel Rahman, the governor of North Darfur in western Sudan, told Al-Ain newspaper June 27, “The Muslim Brotherhood still enjoys influence in Darfur and across the country, and there is a committee working to dismantle the ousted Brotherhood regime in North Darfur. This committee will keep working and trying to confiscate the money from the remnants of the previous regime.”

Wajdi Saleh, a member of the committee working to dismantle the Brotherhood said July 1, “79 leaders of the dissolved National Congress, the political wing of the Brotherhood, were arrested, and various weapons and sums of money with serial numbers were seized with the group as it allegedly intended to entice minor children to carry out acts of sabotage.”

Egypt has been trying to help Sudan maintain security since the ruling authority in Sudan rose to power after the fall of the regime of Bashir, whose reign was marked by unstable relations with Egypt.

Mohamed Nour el-Din, a former Egyptian assistant minister of interior, told Al-Monitor, “Egypt is seeking to strengthen the security establishments in Arab countries, especially neighboring countries such as Sudan,” adding, “The Egyptian Ministry of Interior regularly organizes training courses for Sudanese police officers and cadets within the framework of security cooperation between the two countries.”

He pointed out, “Egypt and Sudan are facing an extremist organization in the Muslim Brotherhood, so security efforts must be unified between the two countries to confront … the organization.”

He added, “The Egyptian army also trains elements of the Sudanese army. The Sudanese and Egyptian armies organize joint military exercises to protect the borders and strengthen the security and military institutions in Sudan.”

Gamal Eid, an Egyptian human rights lawyer and head of the Arab Network of Human Rights Information, told Al-Monitor, “By sending members and officers from the Sudanese police force to Egypt, Sudan is making a mistake.”

“The Egyptian Ministry of Interior needs reforms and restructuring" itself before it guides the Sudanese police, he added. 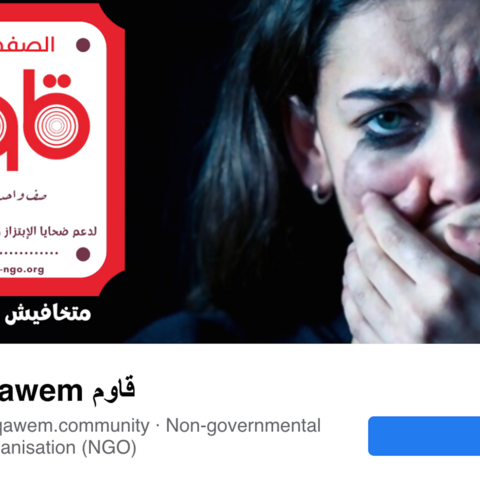 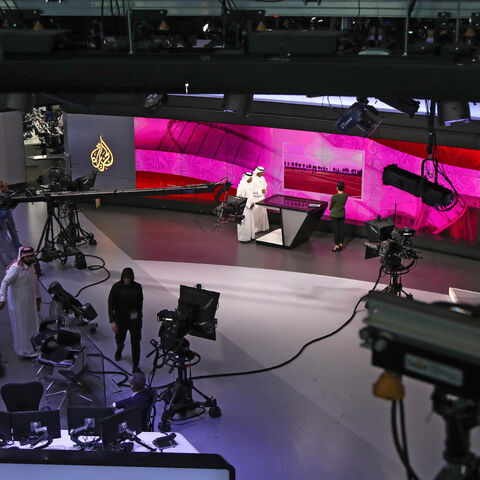