Egypt is seeking greater cooperation with Sudan’s transitional authorities to track down terrorist elements, including Islamic State and those affiliated with the Muslim Brotherhood . 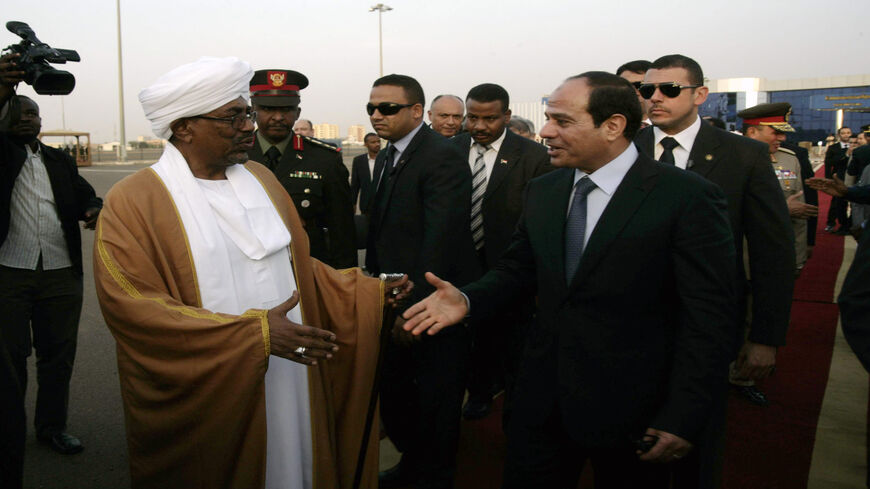 CAIRO — Sudanese security forces, led by the country's intelligence services, have been cracking down on Islamic State (IS) members over the past weeks.

Five members of the Sudanese intelligence service were killed Sept. 28 during a raid on a terrorist cell in Jabra neighborhood, south of the capital Khartoum.

According to preliminary information, most of the members of the cell were Egyptian. Among those detained were five Egyptian nationals who had illegally entered Sudan in 2013. One of them was a young woman who, according to social media accounts, was forcibly disappeared in April 2019.

Other media reports claimed that one of the arrested members of the terror cell was involved in the deadly explosion at the Mansoura security directorate in Egypt in December 2013 and had escaped to Sudan shortly after.

Meanwhile, the Sudanese General Intelligence Service denied in an Oct. 1 statement handing over any of those detained during the Sept. 28 raid to another party — in reference to Egypt — and confirmed dealing with them in compliance with Sudanese legal frameworks.

Relations between Cairo and Khartoum under ousted President Omar al-Bashir’s rule had been fraught by the issue of members of the Muslim Brotherhood who had escaped and found refuge in Sudan after the fall of the regime of President Mohammed Morsi in 2013.

Under Bashir, Sudan became a haven for militants escaping from Egypt where they were facing charges of violence and terrorism. Some of these individuals are prominent leaders of the Muslim Brotherhood.

However, since Bashir's fall in April 2019, security cooperation between Egypt and Sudan became a priority for the two countries.

Cairo sought to boost the Sudanese army’s military capacities, and the two countries signed cooperation and training agreements. Egypt also started cooperating with Sudanese security forces affilliated with the transitional government in Sudan to pursue and capture tens of Muslim Brotherhood members who had escaped to Sudan.

Since the transitional government took power in Sudan in 2019, there have been no official statements about handing over the wanted Brotherhood members to Egypt. In May 2020, there was talk about handing over five leaders of the Hasm movement, which is listed as a terrorist organization.

An Egyptian diplomat knowledgeable about Sudanese affairs told Al-Monitor, “Security cooperation between Egypt and Sudan is currently at its highest.”

He said, “We have been exchanging expertise and information to build Sudan's capacity to pursue and monitor the members of terrorist cells, especially foreign nationals on Sudanese land."

Cairo had set a number of conditions on Egyptians traveling to Sudan since the fall of the Muslim Brotherhood in 2013, when hundreds of the group’s members wanted on charges of violence escaped to Sudan, Libya, Turkey and Syria. The travel measures came after Egyptian citizens were found to have been planning to carry out terrorist attacks inside Egypt after receiving training in camps abroad belonging to IS, Jabhat al-Nusra and Ansar al-Sharia.

Observers believe that Sudan has become a safe haven for terrorist groups in light of the country’s volatile security situation, the dwindling role of the security forces following the December 2018 revolution and the division between the military and civil components of the transitional government. In addition, these groups have faced a series of setbacks in the neighboring countries in West Africa and in the Middle East.

Hanafi Abdullah, security expert who was also deputy chief of the Sudanese General Intelligence Service for five years, until 2013, told Al-Monitor, “Egypt and Sudan are still facing many challenges when it comes to fighting infiltration and smuggling operations led by terrorist elements. The latter are smuggling recruits and weapons across the border in light of the deteriorating security situation in Libya and West Africa.”

He said, “Sudan's crackdown on terrorist cells would not have been possible without the exchange of information and cooperation between the Egyptian and Sudanese security and intelligence services.”

Abdullah noted, “The extradition of [terrorist members] to Egypt is possible in light of already existing rules governing extraditions after the exchange of intelligence.”

He stressed the importance of restoring confidence and strengthening the potential of the Sudanese intelligence services. “Terrorism cannot be confronted while civil society forces that want political change accuse and condemn security forces and experienced intelligence officers of belonging to the former regime. The intelligence service actually lost strong elements because of these accusations, which caused major security losses,” he added.

Since coming to power, Sudan's transitional government has restructured the intelligence services and launched campaigns to purge state institutions of the Muslim Brotherhood members. Meanwhile, a number of leaders loyal to the former Bashir regime have been killed following an armed rebellion by officers in the intelligence service in January 2020. As a result, 128 officers of various ranks retired.

Abdullah said, “Sudan’s General Intelligence Service remains an integral part of protecting the democratic transition in Sudan, by cooperating with the armed forces and the Rapid Support Forces [paramilitary forces operated by the Sudanese government] to counter terrorist organizations, particularly IS. These organizations have lost their bases in West Africa and see Sudan as a safe haven. They are taking advantage of the political tensions in the country.”

Sabah Moussa, an Egyptian journalist specializing in Sudanese affairs, told Al-Monitor in a comment on the danger of the spread of terrorist cells in Sudan and its implications on Egypt's national security, “Sudan remains the most viable setting for terrorist elements who carry out their activities because of the security chaos there.”

Moussa explained, “The operations carried out by the security services in Sudan targeted terrorist elements in the capital Khartoum only. Yet there are still questions regarding the situation in the rest of Sudanese states, especially with the political tension between these states and the transitional government in Khartoum.”

She said, “There are many indicators proving the high security coordination between Egypt and Sudan in the anti-terrorism file, including the successive visits by the director of Egyptian General Intelligence to Sudan. There is also significant control over human trafficking and the smuggling of weapons on the border between the two countries.”

Moussa noted, “The main challenge lies in the capacity of the Sudanese intelligence system, which has suffered a major blow after the dismantling of the unit that grouped the most competent and trained Sudanese officials in terms of counterterrosim. The return of this unit is still a contested matter in Sudanese political circles.”

Cairo's ability to cooperate with Khartoum at the security level to counter terrorist threats remains subject to a comprehensive political consensus among Sudan's transitional authorities. A political solution in Sudan is necessary to increase the efficiency and capacity of the country’s security services, intelligence, regular police, Rapid Support Forces and armed forces to track down terrorist elements in various Sudanese states, not just in the capital Khartoum.