Sudanese security services have arrested members of an Islamic State-affiliated terrorist cell led by an Egyptian national, while Cairo wants to extradite them as part of a broader effort to extradite members of the Muslim Brotherhood who fled to Khartoum in 2013. 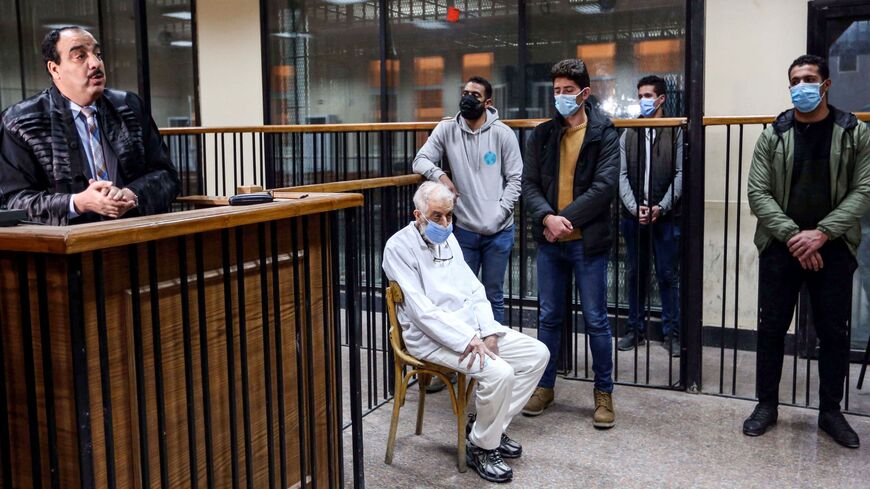 Sudanese security services have recently arrested members of a terrorist cell affiliated with the Islamic State (IS).

In the midst of political and security tension in Sudan, the country's intelligence services announced Sept. 28 that a raid in neighborhoods south of the capital, Khartoum, targeted a cell affiliated with IS, which has never claimed responsibility for an attack in the country.

An exchange of fire erupted during the operation, killing five members of the Sudanese intelligence service. Meanwhile, 11 terrorists of different foreign nationalities were arrested, while four fled but were later tracked down and arrested.

Sudan was designated a state sponsor of terrorism in 1993 by the United States. Since former Islamist President Omar al-Bashir came to power in 1959, his regime harbored and supported extremist Islamist groups including al-Qaeda, the Islamic Resistance Movement (Hamas) and Lebanese Hezbollah. Sudan hosted al-Qaeda leader Osama bin Laden between 1992 and 1996.

In 2020, the United States removed Sudan from its list of state sponsors of terrorism following the overthrow of Bashir in April 2019. However, the US State Department had warned in 2018 against IS making its way back to Sudan after the organization lost much of its territories in Syria and Iraq.

In its Country Reports on Terrorism 2018, the US Department of State said that despite the absence of large-scale attacks in Sudan, it appears that IS has an active network of enablers and “extremists” linked to the group in the country.

Osman Mirghani, a Sudanese political analyst and editor-in-chief of the independent daily al-Tayar, doubts that the cell that was recently dismantled in Sudan is affiliated with IS. “The security services may have been hasty by pinning this on IS. It may actually be a terrorist group, but it does not necessarily have to be IS,” he told Al-Monitor.

This movement, which denies it is connected to IS, threatened to respond to the recent raid and continue its activities in Sudan amid fears that the country would witness more terrorist operations. The raid came a week after a failed coup attempt in the country, which resulted in more tension between the military and civilian politicians.

Mirghani says there is no connection between the reports of the terrorist cell and the political tension in the country. Sudanese security services, he said, "were keeping tabs on the cell for a long time before cracking down on it, following the public prosecutor’s orders.” The conflict, he said, will continue, "even with the possibility of terrorist operations increasing.”

Sudanese newspapers revealed that the cell leader, nicknamed Abu Mohammed, is an Egyptian who was arrested along with four other Egyptians in the northeastern city of Port Sudan. Mada Masr, an independent Egyptian news website, quoted anonymous security sources as saying that the cell included 10 Egyptians.

The Saudi Al-Arabiya channel reported on Sept. 30 that Cairo and Khartoum have discussed extraditing the Egyptian detainees who belong to the Muslim Brotherhood. Al-Sharq news channel also reported that an Egyptian security delegation headed to the Sudanese capital after the incident to discuss handing over the detainees.

Among the Egyptian detainees is Akram Abdel Badih Ahmed Mahmoud, who was sentenced to death in absentia in Egypt for the attempted bombing of the Suez Canal in 2009. Mahmoud is also a member of a cell accused of the December 2013 bombing of the Dakahlia security directorate, which killed 16 people. The Egyptian government at the time accused the Muslim Brotherhood of being behind the attack and has since listed it as a terrorist organization and banned all its activities.

The detainees also include Aya Hassan Abdel Salam Abu al-Saud, a student who was reportedly arrested and forcibly disappeared in April 2019 from Beni Suef, south of Cairo, but it turned out that she had traveled to Sudan.

Hundreds of Brotherhood members fled to Sudan, Turkey and Qatar after the Egyptian army ousted Islamist President Mohammed Morsi in 2013. Since Egyptian President Abdel Fattah al-Sisi — known for his fierce hostility to political Islam — took power in 2014, Egyptian authorities have launched a massive crackdown on Brotherhood members, as thousands have been prosecuted on terrorism charges.

The Egyptian government accuses the Brotherhood of having ties with armed Islamic organizations in the country and of inciting and financing terrorist operations.

Ahmed Ban, an independent Egyptian researcher on Islamic groups affairs and a former Brotherhood member, told Al-Monitor that some of those who fled Egypt settled in Sudan, left the organization, and formed separate terrorist groups in cooperation with al-Qaeda or IS. Ban added, “Perhaps the cell in Khartoum came within this context, as different local groups with the same goals and orientations came together and planned to carry out separate terrorist operations.”

On Oct. 1, the Sudanese intelligence services denied that members of the terrorist cell had been handed over to any party, stressing that “criminals are undergoing legal procedures.”

Ban noted that handing over Brotherhood members to Egypt would increase pressure on the group, which “is facing an existential crisis” without its former main power base in Egypt.