Sudanese refugees in Egypt refuse to go back to Sudan, where they fear the National Intelligence and Security Service could be waiting around the corner to harm them or their families. 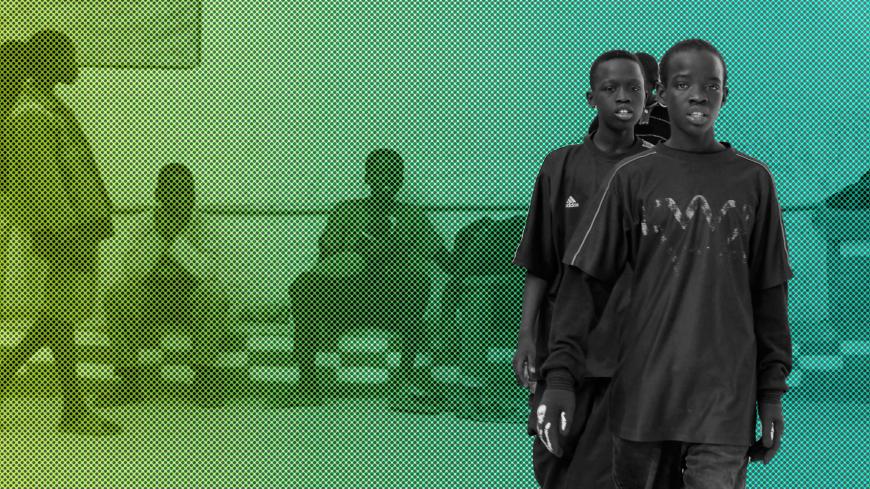 CAIRO — Farah Hamed, a Sudanese refugee from the war-torn province of Darfur, was startled when he heard a loud knocking on his apartment door in Cairo in July. Too scared to open the door, he looked through the peephole to see who it was. He said that is when he saw the man from Sudan’s National Intelligence and Security Service who had arrested and tortured him in Sudan in 2010. Backing away, Hamed instructed his son to be quiet and then waited silently until the man finally left.

“A year before he came to my home, I saw my torturer in a market in Cairo,” said Hamed, a 47-year-old man with a nest of wrinkles around his eyes. “He approached me and said, ‘Even if you die in Egypt, I will pull your corpse from the ground and kill you again.'"

Fear of the Sudanese intelligence service has dissuaded thousands of Sudanese refugees in Egypt from returning to their villages in Darfur. The United Nations has nonetheless facilitated the voluntary repatriation of Sudanese nationals living elsewhere in Africa in recent weeks.

By Jan. 7, 1,494 Sudanese nationals had returned to South Darfur, ending 10 years of asylum in the Central African Republic. And in October, Sudanese refugee leaders in Chad had visited Darfur to assess the prospect of returning. But those in Egypt insist they will be arrested or killed if they turn back. The Sudanese intelligence service, they say, is already threatening political activists and religious converts in exile.

Hamed suspects that the service is after him because he converted to Christianity. But in Sudan, authorities also accused him of supporting the Sudan People’s Liberation Movement-North, whose rebels are waging an insurgency in Southern Kordofan, the Blue Nile and Darfur. The government has responded by emboldening its security forces and preserving their impunity to commit harrowing abuses.

Ashraf Mylad, an Egyptian asylum lawyer who has worked with Sudanese refugees for more than 20 years, said the Sudanese intelligence service may chase after Christian converts as an excuse to force them into working as spies. But he said the government is more invested in capturing prominent political opponents. In 2008, the Sudanese government even handed over a list of wanted persons to Egypt and the United Arab Emirates.

“I believe there are secret security agreements between Egypt and Sudan,” Mylad told Al-Monitor. “When I used to work in Darfur, almost every single [Sudanese intelligence] officer I spoke to said they received six months of training in Egypt’s police academy.”

“Egypt does have security agreements with Khartoum, but authorities are transparent about them,” said an official spokesman for the Egyptian Interior Ministry who asked Al-Monitor not to disclose his name.

Rights groups suspect that Egyptian authorities still assist Khartoum in hunting down wanted persons. Mohammad Ahmad, a researcher for Amnesty International who uses a pseudonym to protect his identity, told Al-Monitor that hundreds of refugees were detained in April 2017 in a military camp in Hurghada, a town on Egypt’s Red Sea coast. The reason for their detention was unclear, but at least 180 of those seized were Sudanese, some of whom were deported.

Ahmad also told Al-Monitor that nine Sudanese activists from the Nuba Mountains International Association, an organization founded in 1998 in Cairo to advocate for the Nuba people of Sudan, were arrested and interrogated in July 2017. There has been no news of their whereabouts since.

“The [Nuba activists] were arrested for their activity concerning Sudan, not Egypt,” said Ahmad over the phone. “They were asked about their relations and funding and threatened with detention and deportation.”

The Interior Ministry spokesman said he had no information about the fate of the Nuba activists or those who were allegedly detained in Hurghada.

“Egypt only sends back persons who are in the country illegally,” he told Al-Monitor. “As for any migrants who are arrested, they would be put in one of Egypt’s migrant facilities.”

Despite people's fears of Egyptian authorities, Sudanese refugees say Sudanese intelligence agents pose the biggest threat to their security. Fouad Marselle, a political activist who has written several essays criticizing the Sudanese government’s persecution of minorities in the name of Islam, said the Sudanense intelligence service tried to kidnap his wife and baby boy in Egypt in August 2016 — just a year after the family fled Sudan.

The two were leaving the Cairo airport after saying goodbye to a relative who was granted resettlement to the United States. But when they hopped into a taxi to go home, the driver quickly locked the doors and rolled up the windows. He then followed orders from a Sudanese man who was driving the vehicle in front of them.

“Our baby was just 1 week old, and my wife told me she was screaming,” Marselle told Al-Monitor from his tiny one-bedroom apartment. “Luckily, the taxi driver saw a checkpoint ahead and abandoned the car in traffic just before the police arrived.”

Although his family was shaken up, Marselle did not scale back his activism. He published many essays on Facebook last year that criticized the teachings of Islam and the Sudanese government. By June, he started receiving telephone threats from unknown numbers, declaring him an unbeliever and warning him to stop writing.

Not intimidated, he said he is working on another collection of essays. He even jots down ideas in his notepad during night shifts at a tile factory in Cairo. And while his wife supports his ambition, she urges him to be cautious now that they have a child. Then again, she sometimes tells Marselle that they will never be secure in Egypt as long as the Sudanese government is in power.

“My wife knows I need to write. It’s my duty,” he said, holding his child on his lap. “But I also promised her that I will never bring harm to our boy.”